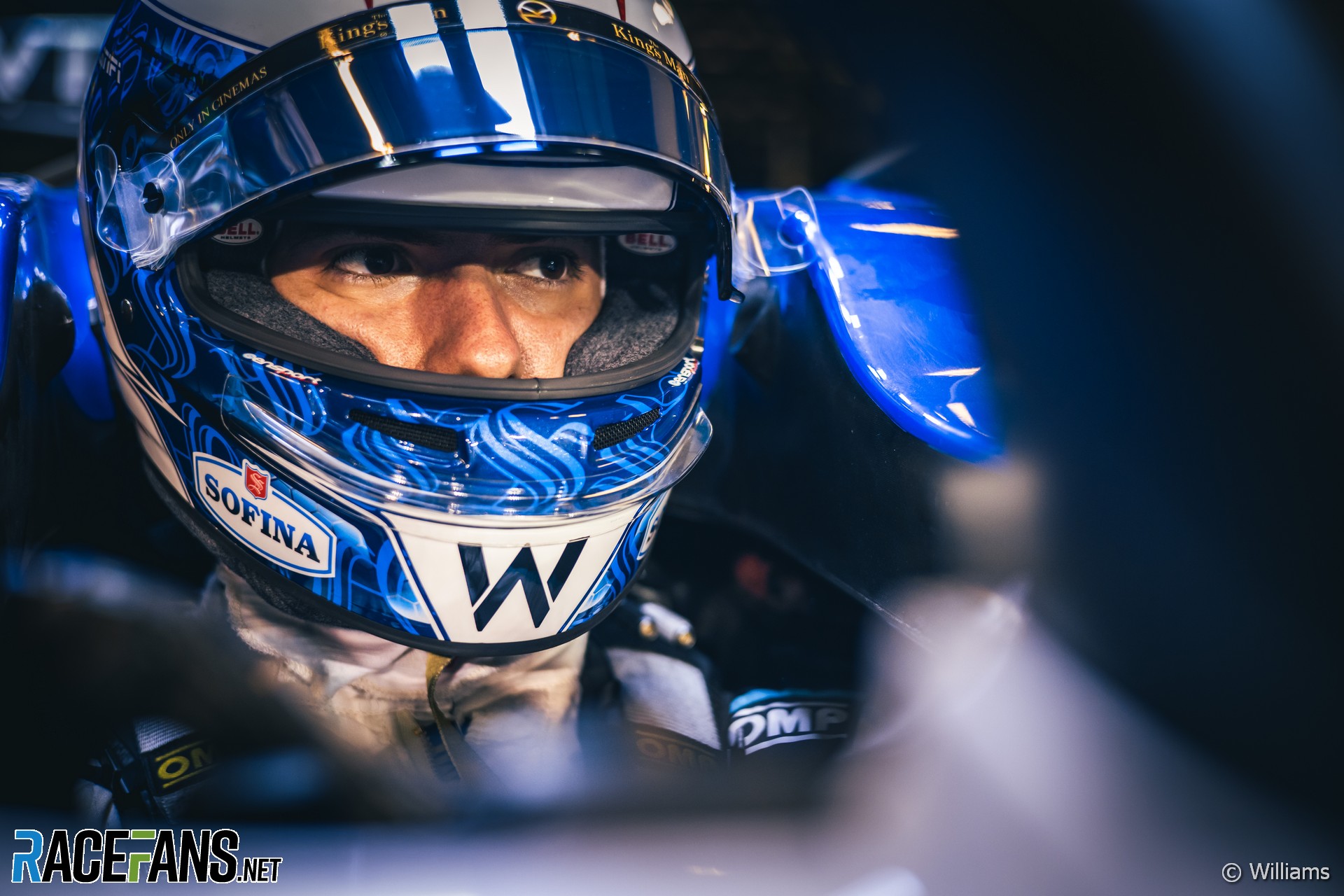 Williams driver Nicholas Latifi has revealed that he received messages of support from Lewis Hamilton and members of the Mercedes team after he received abuse and death threats online.

Latifi crashed out of the championship-deciding Abu Dhabi Grand Prix in December, triggering the controversial late Safety Car deployment that ultimately enabled Max Verstappen to have the opportunity to attack and pass Hamilton for the race win and the world championship.

After receiving a torrent of online abuse following the race, including death threats, Latifi posted a statement on social media condemning the hate he had received from people who he characterised as “not true fans of the sport”.

Speaking after driving the Williams team’s new FW44 during a shakedown test at Silverstone, Latifi said that he had expected to receive online abuse for the Abu Dhabi incident, but that the volume and the extreme tone of some of the messages he had received had led him to want to speak out publicly against the behaviour.

“Obviously immediately after the days, as I wrote, I did take social media off of my phone,” Latifi said. “All the abuse that came, I had expected.

“When I did switch my phone back on with those apps, it was clear all the things that were coming in. As I said in the statement, it was a whole range of the general trolling that you get online – which, again, I’m no stranger to. I don’t think any sportsman is a stranger to having more hateful, abusive comments. And then yes, there were the more extreme death threats, which again, obviously goes way, way over the line.”

The Canadian’s statement received praise from fellow drivers and figures in Formula 1, as well as athletes of other sports fans across the world. Latifi also revealed that Hamilton had reached to him over the off-season.

“In terms of the support I got from it afterwards, Lewis did send me a message just a few days before I released the statement,” Latifi said.

“Obviously I won’t go into details of what he said. I did get some messages of support from other team members at Mercedes as well. Obviously the whole outcry of support on social media from multiple drivers, teams across so many different disciplines was really nice to see, encouraging to see. Obviously everyone agreed with the whole sentiment and messaging.”

The problem of online abuse targeted at professional athletes is one that has received significant attention in recent years. Latifi highlighted the example of the racist abuse English football players Bukayo Saka, Jadon Sancho and Marcus Rashford received after all three players missed in the penalty shootout during the final of last year’s Euro 2020 tournament.

“This has not been the only instance of a situation like this with online abuse,” Latifi said. “Obviously even going outside of motorsport, I think probably the next most recent one was probably Euro 2020 with the three English players missing the penalties and all the fallout they got after that.

“It’s just an issue that’s here, unfortunately, in the world we have with social media. Social media brings a lot of good, it gives people a lot of access to things that they wouldn’t normally be able to engage with. But, at the same time, unfortunately there are these negative pitfalls that can happen. It would just be nice to hopefully find more ways to do better on that front.”