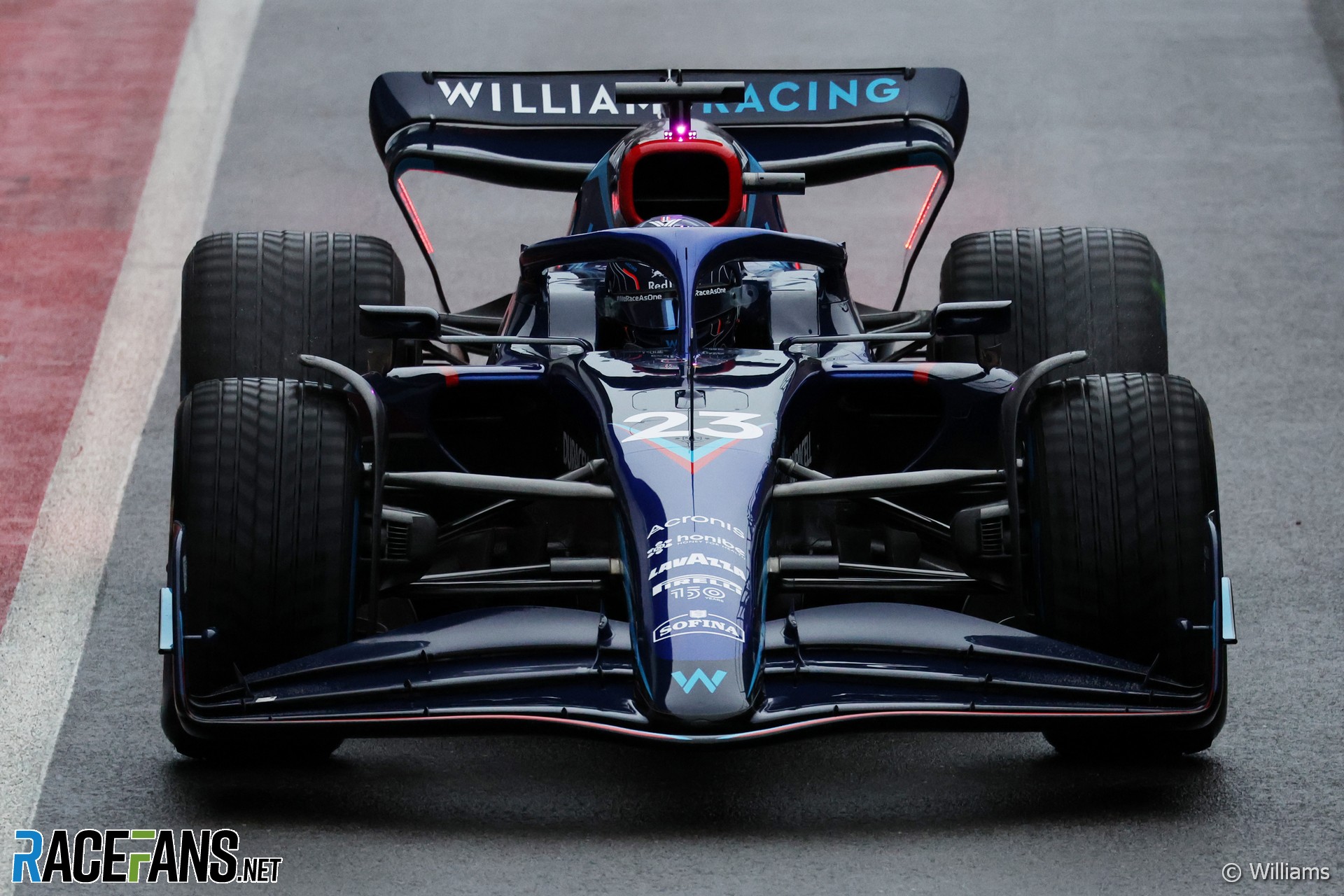 Williams’s new FW44 has run on track for the first time ahead of the 2022 F1 season.

The team issued pictures of Nicholas Latifi driving the car at a wet Silverstone.

The new car was due to run shortly after the team presented its livery on a 2022 show car. However the first run was delayed by a minor electronics problem.

Williams is conducting a filming day at the Silverstone circuit, which allows them to cover up to a maximum of 100 kilometres using non-race-specific tyres. Alexander Albon is expected to take over from Latifi later in the day.