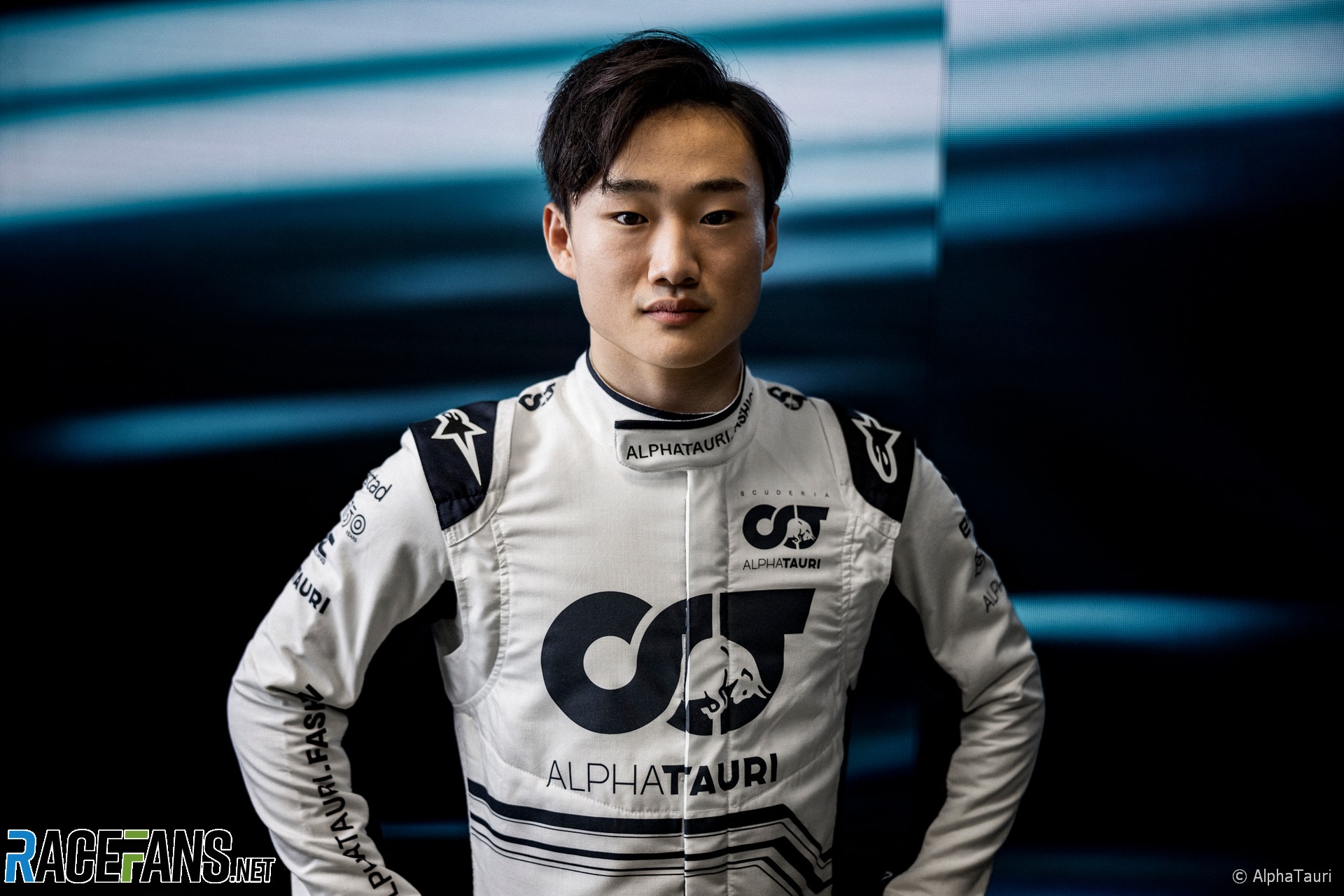 Yuki Tsunoda returned to Japan during the winter to ‘reset his mind’ after feeling disappointment in his performance over his rookie season.

The AlphaTauri driver had a challenging debut Formula 1 season in 2021, having only previously driven at three of the circuits on the calendar. He ended the year in 14th place in the drivers’ championship, almost 80 points behind team mate Pierre Gasly, but secured his best result of the year in the final race in Abu Dhabi.

Speaking at the launch of the team’s new AT03 for the 2022 season, Tsunoda admitted he did not feel he had reached the right physical level required to succeed in Formula 1 in 2021.

“Last year, I felt quite weak, I would say,” Tsunoda said. “I didn’t feel enough on a physical level. So I mainly focus on physical fitness. The same time, I went back to Japan for a reset in my mind and refresh my feelings as well.

“I realised that Formula 1 is, of course, the most difficult category. Not just the driving, but also for everything – mentality, physicality. Those things where I felt a weakness, I tried to improve or I tried to train those parts to kick off really strong in Bahrain.

“To be honest, I was not fully happy about last year’s season. So to not do the same mistakes or to even go a step ahead, you need a strong preparation. So I did a progression.”

With Formula 1 cars looking and behaving radically different this season thanks to the reintroduction of ground-effect aerodynamics and more to 18-inch wheel sizes, Tsunoda says he expects the new, larger wheels will feel similar to his experience testing 18-inch tyres in a Formula 2 car at the end of the 2020 season.

“I’ve driven already it in the simulator two or three days ago,” he explained. “It feels quite fairly similar to Abu Dhabi, 18-inch tyres are a lot different compared to 13-inch tyres. I felt they had quite a similar feeling as Formula 2 testing in Abu Dhabi in 2020. Also, I experienced a 13-inch and an 18-inch in Formula 2, and I felt a pretty clear difference and it was quite similar steps also in Formula 1.”

Asked what he was most looking forward to about the new season and the introduction of the heavily revised cars for this year, Tsunoda replied: “Overtaking.”

“This year, the 2022 car is mainly about increasing the overtaking opportunities in the race and to have more cleaner air for the car behind,” he continued. “I think, of course, for the spectators and also for us, it’s better to have more battling and close fighting with each other in the race.”