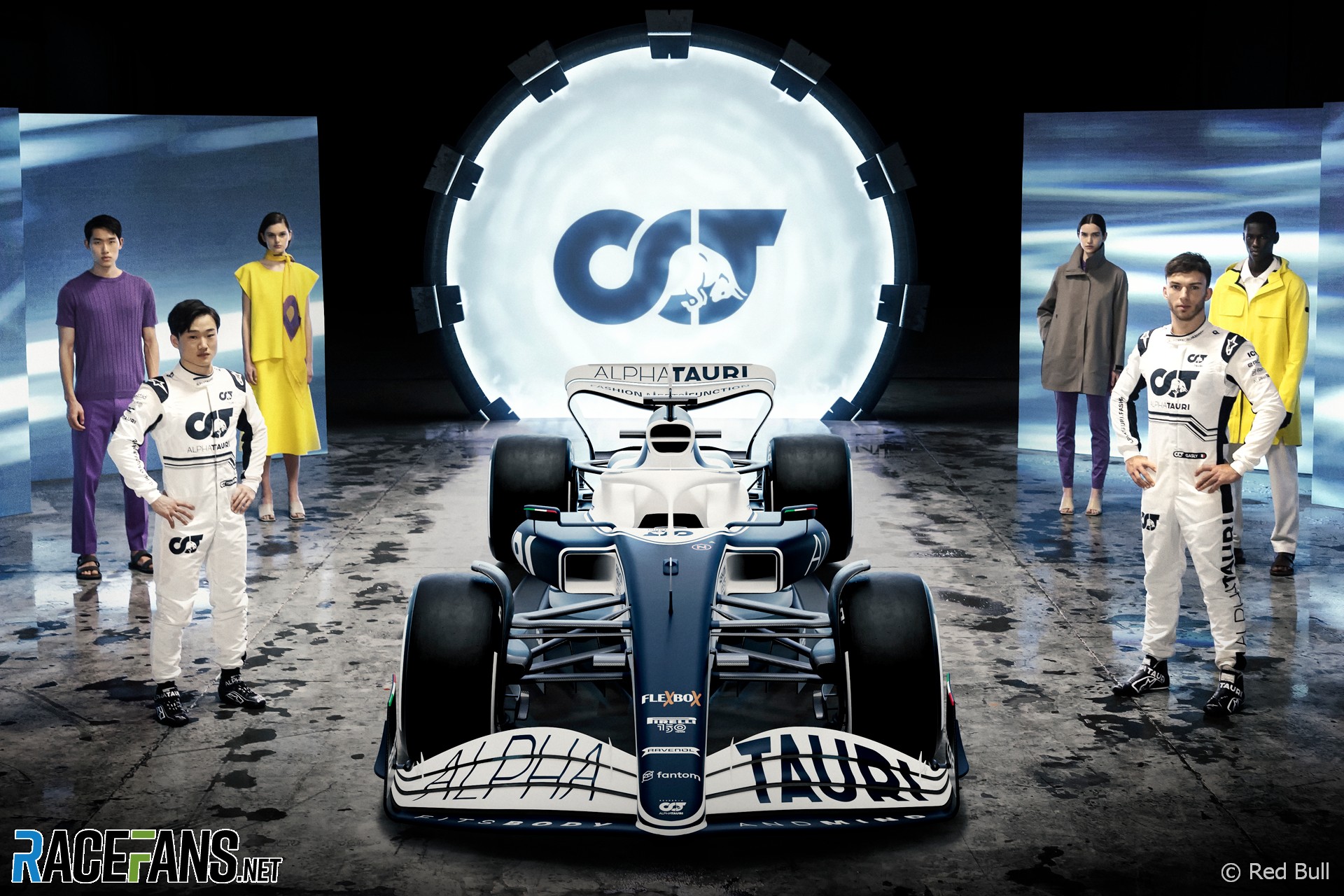 AlphaTauri has revealed the first pictures of its new Formula 1 car for the 2022 season.

The AT03 will be driven by Pierre Gasly, who is beginning his fifth full season as an F1 driver, and Yuki Tsunoda, who made his grand prix debut last year.

AlphaTauri finished sixth in the championship last year. The team will continue to use the same Honda-developed engines as Red Bull this year, now prepared and supplied by Honda Performance Development, following the manufacturer’s official withdrawal from F1.

The renderings of the new car were presented in a launch video incorporating the Red Bull fashion brand the team is named after.

“We hope that this package will be very strong, following last year’s success,” said team principal Franz Tost. “Once again, we have worked closely with AlphaTauri to launch our new car and I think we’ve managed to deliver something very special.”

The team’s technical director Jody Egginton believes the team is on an upward slope aftrer increasing its points haul from 107 points in 2020 to 142 last year.

“We’ve been developing the process of how we work for the last two to three years and we’ve applied that to this car as well. Statistically and from the results we’ve had in the last period, we’ve been reasonably successful, so I would say we’re on the right trajectory in terms of how we are operating.

“However, it’s not as simple as that as it’s a clean sheet of paper for 2022 which provides potential rewards but also carries risk. The rate at which the car is being developed is a key metric but an important question is, how far are we down the ‘development’ road relative to the competition? You don’t really get to know that until the first race of the season when the gloves come off.”