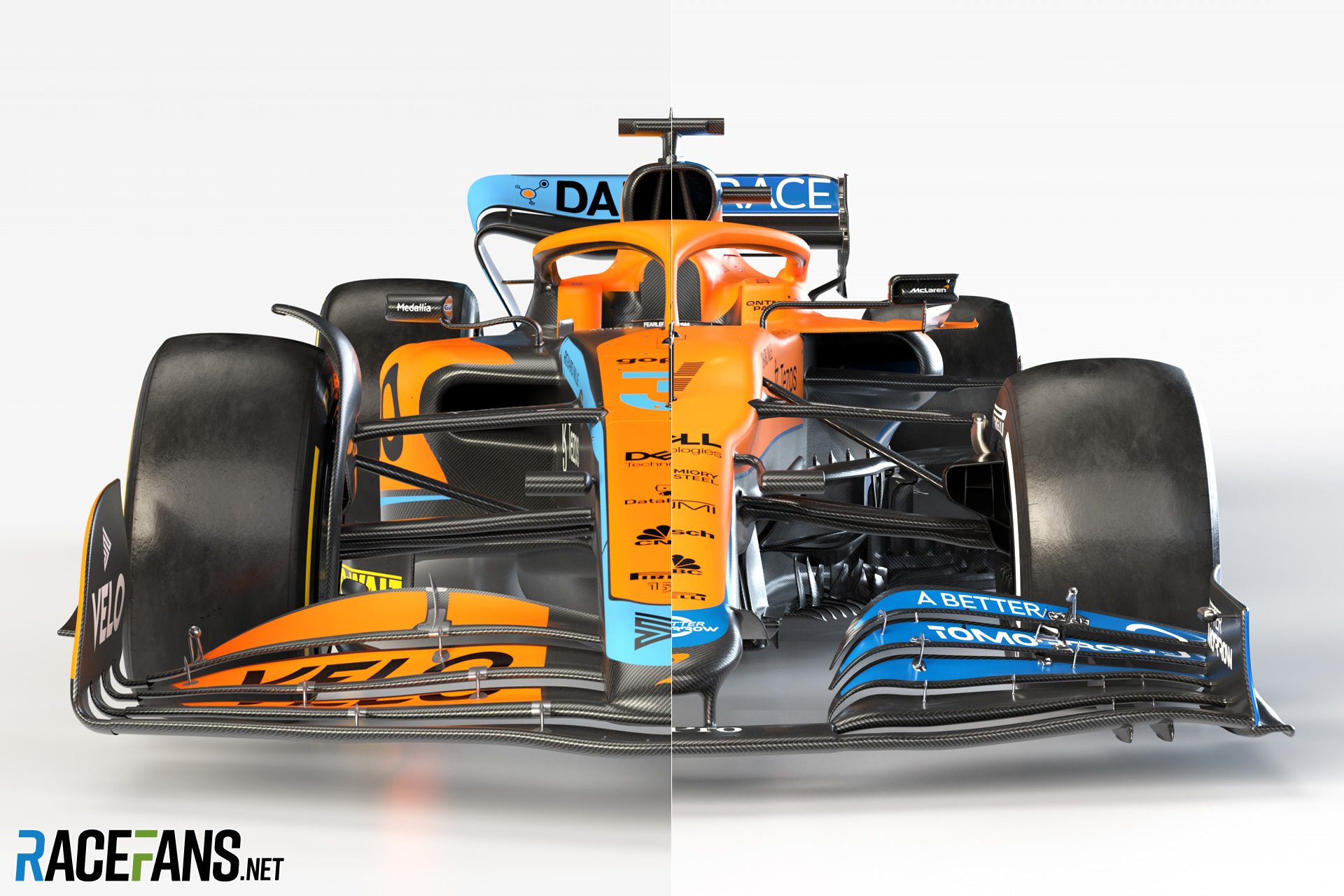 McLaren has presented its new car built to the heavily revised technical regulations for the 2022 Formula 1 season.

To illustrate the scale of the changes between this year’s cars and last, we’ve lined up a few pictures of the new McLaren MCL36 and its race-winning predecessor, the MCL35M.

One significant change for 2022 makes these comparisons trickier than in past seasons. The 13-inch wheel sizes F1 clung to for decades have been replaced with more modern 18-inch rims. The tyre sizes have also increased, from 660mm to 720mm, so that useful reference is gone. Instead these images have been compared using the Halos, the dimensions of which are unchanged, for reference.

The new rules force teams to use much simpler aerodynamic surfaces, as can be seen from the front and rear wings which are much more intricate on the older car. The most dramatic difference can be seen from the side of the car, where the hugely complex bargeboards from last year have disappeared.

This remains a sensitive area of the car, however, as the entrance to the ‘tunnels’ which run under its length begin here. These will be hugely important for generating the downforce which has been lost elsewhere on the car, and McLaren have been careful not to reveal too much of them.

Not all changes on the car are a direct consequence of the new rules, however. At the front of the car, McLaren have switched from a push-rod to a pull-rod suspension; Aston Martin had the former on the AMR22 which they revealed yesterday and ran for the first time at Silverstone today.

Take a closer look at the differences between this year’s McLaren and last year’s using the sliders below.

Use the sliders below to transition between images of the 2022 and 2021 McLaren F1 cars.

Note these images may have been altered for ease of comparison and should not be used as a reference for measurements.