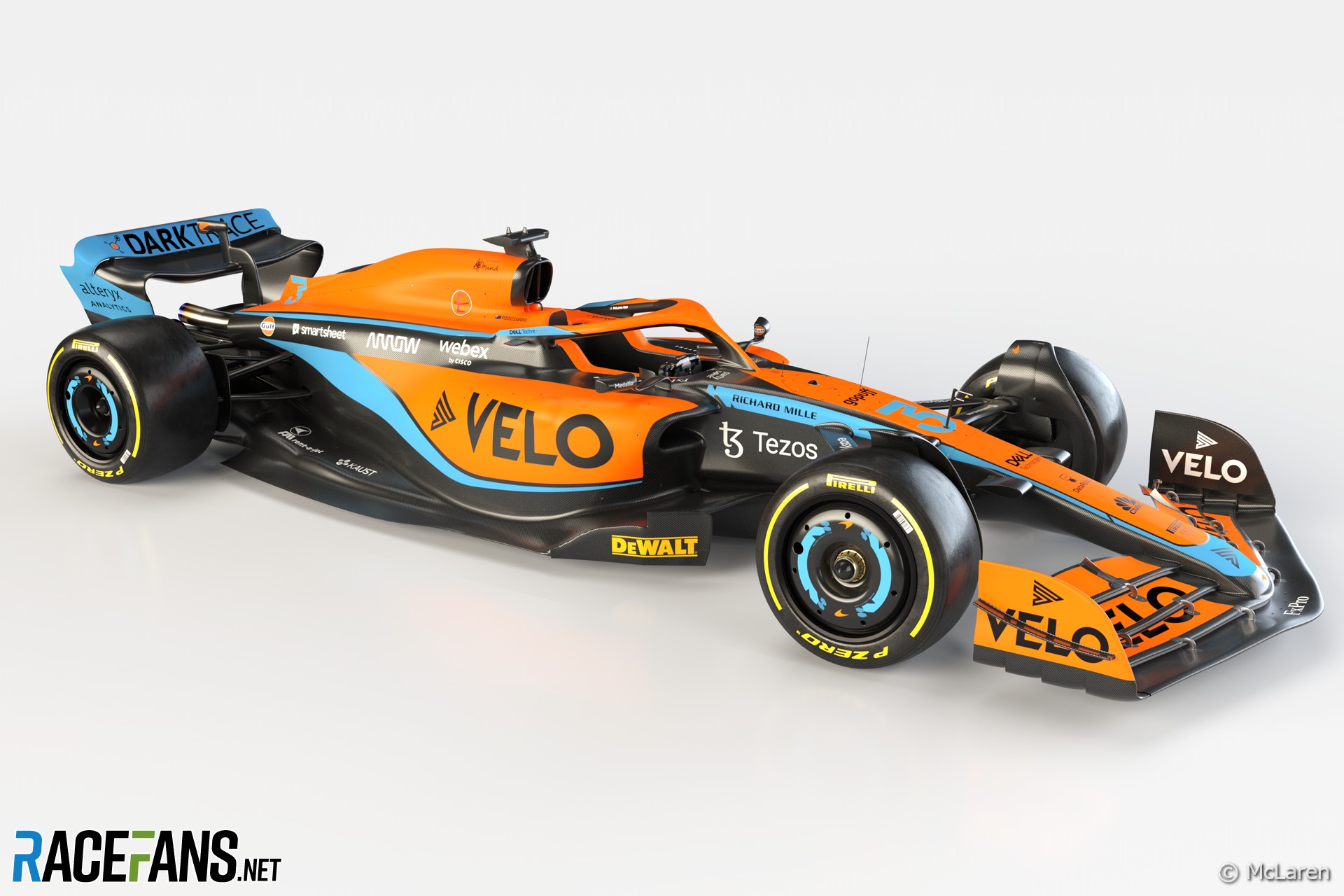 McLaren has presented its new Formula 1 car for the 2022 season in an eye-catching new livery which echoes its popular one-off design from last year’s Monaco Grand Prix.

The team revealed its MCL36, which will be raced by Lando Norris and Daniel Ricciardo, in an online event. It also presented the complementary liveries which will be used by its IndyCar team McLaren SP and its new Extreme E entry.

McLaren is the second F1 team, after Aston Martin, to present its genuine 2022 contender: Haas revealed renderings of its VF-22 while Red Bull displayed a show car painted in its new livery.

The 10 F1 teams have had to tackle a significantly revised technical rule book for 2022 which has resulted in cars which look very different to last year’s designs. F1 intends its new rules will make it easier for drivers to follow each other closely and reduce the performance gaps between teams.

“After a couple of months away from racing, all of us at McLaren are excited to get back to the track and discover this new era of Formula 1 regulations head-on,” said team principal Andreas Seidl. “Over the last year the team have been hard at work developing the MCL36, seeking to take advantage of any opportunities we might find in the design and production of these new cars.

“Formula 1 and the FIA have done an important job developing these new technical and sporting regulations, which, in combination with the cost cap, aim to create closer racing and a level playing field for competition.”

McLaren finished fourth in the championship last season, one place lower than it managed the season before, despite continuing to increase its points haul again. Ricciardo led a one-two for the team in Monaco, ending McLaren’s nine-year wait for a grand prix victory.

Seidl expects the team to continue its progress this year. “Our objective for this season is clear and consistent with that of previous years: we want to further close the gap to the front of the pack.

“At the same time, we know and respect the tough competition we’ll face and have a realistic view of where we are on our journey. We’re working through a package of key infrastructure investments, which will provide us with the tools required to compete at the top of our sport when they come on-line.”

McLaren Racing CEO Zak Brown said the drastic overhaul of the regulations introduced for 2022 “represents a real opportunity for the team.”

“I’m excited to see Lando and Daniel get behind the wheel of the MCL36 and take it to the competition this year,” Brown continued. “Lando made great progress in 2021, scoring four podiums, and Daniel’s sensational victory in Monza reminded the team what it feels like to win again.

“As we head into 2022, we’re looking to build on that progress and further close the gap to the teams at the front.”

Earlier this week McLaren announced it had extended the contract of Ricciardo’s team mate, Lando Norris, who will remain with the team until at least the end of 2025.