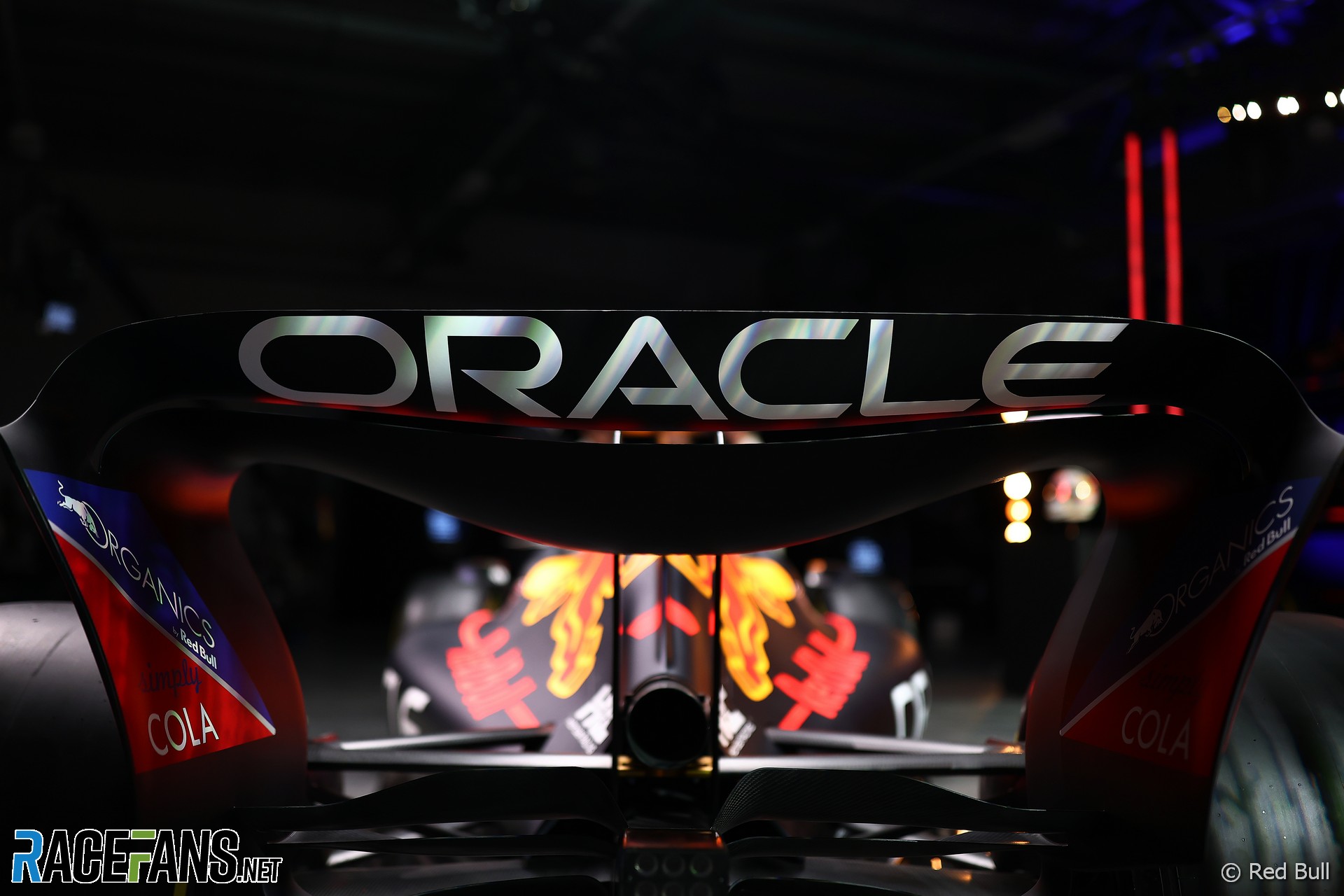 Red Bull says its new title sponsor Oracle will help them improve their race strategies and power unit development over the coming seasons.

The technology infrastructure provider joined Red Bull ahead of last season and has agreed an expanded tie-up under which it has become the team’s title sponsor. Its logo also appears on the sidepod of the new RB18.

Red Bull began using Oracle’s cloud services last year to improve the race simulations which inform its strategic decisions during races. According to the team, the number of simulations it ran increased a thousand-fold in 2021, and the simulations were conducted 10 times faster. That “enabled us to make race-day decisions that helped Max Verstappen win the 2021 drivers’ championship”, said team principal Christian Horner.

It ran billions of such simulations over the course of 2021 at considerably reduced costs. This provided a particular benefit as last year was the first season teams had to operate within a budget cap.

Red Bull will also harness Oracle technology in its new Powertrains division, which will produce power units designed to regulations which are under development for the 2026 season. This will be focused on the modelling of the new engine combustion chambers.

The new title partner’s analytics will also be used in to help develop Red Bull’s junior drivers and esports team competitors and train them in the use of data to improve their performances.

The team has not confirmed the duration of the deal, however the Associated Press reported it is worth $500 million (£369m) over five years.