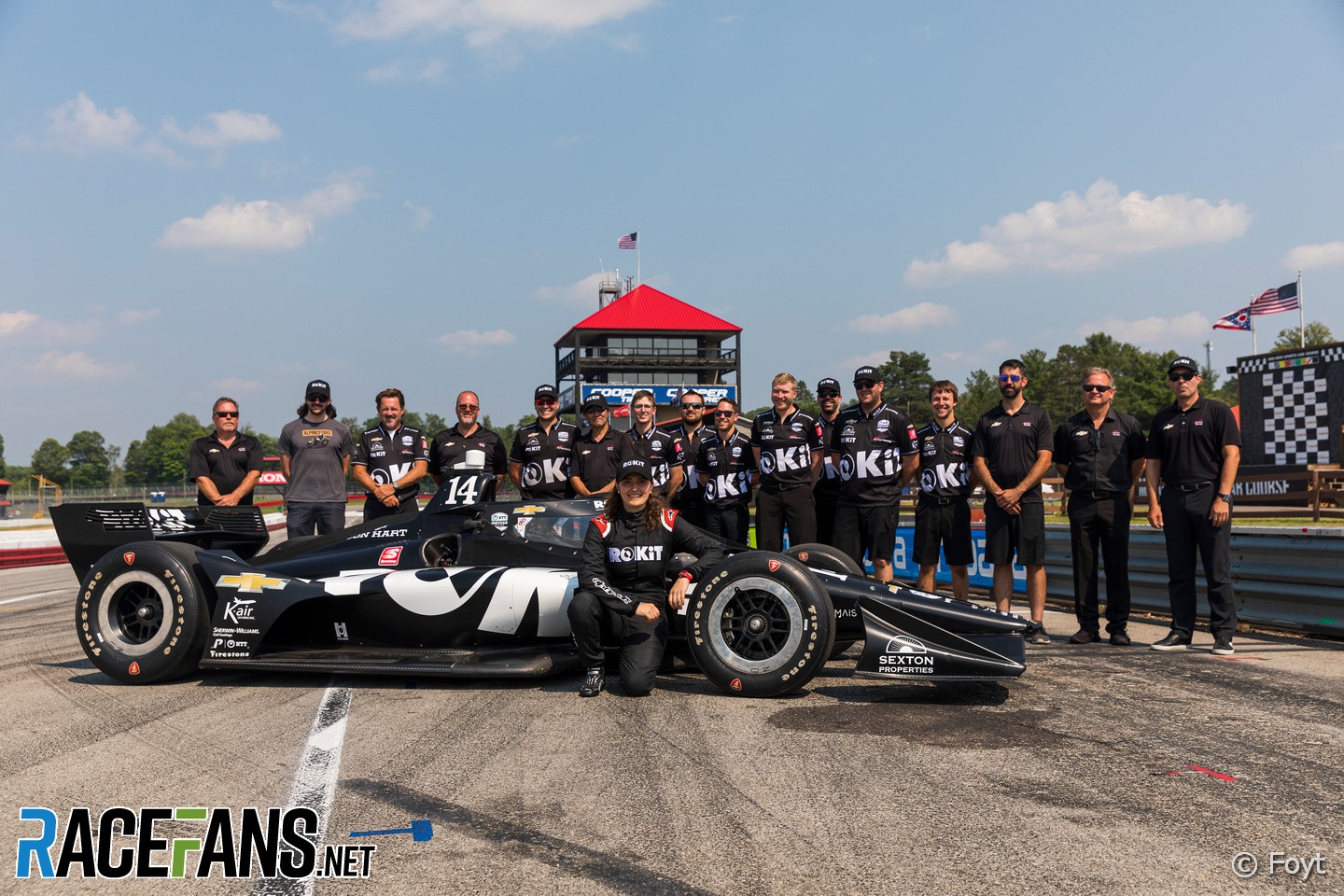 AJ Foyt Racing will expand to a third car for the 2022 IndyCar season and field former Sauber test driver Tatiana Calderon at 12 of this year’s races.

Calderon will join full-time drivers Dalton Kellet and fellow rookie Kyle Kirkwood. The cars driven by Kirkwood and Calderon will be sponsored by technology brand Rokit.

The third Foyt entry will be driven by Calderon at the 12 road and street events on this year’s calendar. No AJ Foyt Racing driver has yet been announced for the five oval races, including the Indianapolis 500.

“Ever since I started my single seater career in the United States 11 years ago IndyCar has been a reference for me and it’s a dream come true to be on the grid this year,” said Calderon, who tested for the team at Mid-Ohio last July.

“I can’t wait to get to St. Petersburg for the first race of the season. I’m well aware of the challenge ahead, but this is the chance of a lifetime and I’m keen on making the most of it.”

Calderon won a series of karting championships in her native Colombia then made her debut in single-seater racing in the USA in 2011. The following year she began racing in Europe and four years later she finished runner-up to Pietro Fittipaldi in the Indian MRF Challenge series.

From there Calderon moved into GP3 (now FIA Formula 3) where she raced for three seasons before stepping up to Formula 2, becoming the first woman to race in the category. However her team mate at Arden, Anthoine Hubert, was killed in a crash at Spa-Francorchamps that year, and after completing the season Calderon did not return to F2.

In 2020 Calderon moved into sports car racing and as well as contesting several rounds of the Japanese Super Formula series with Drago, where she remained last year.