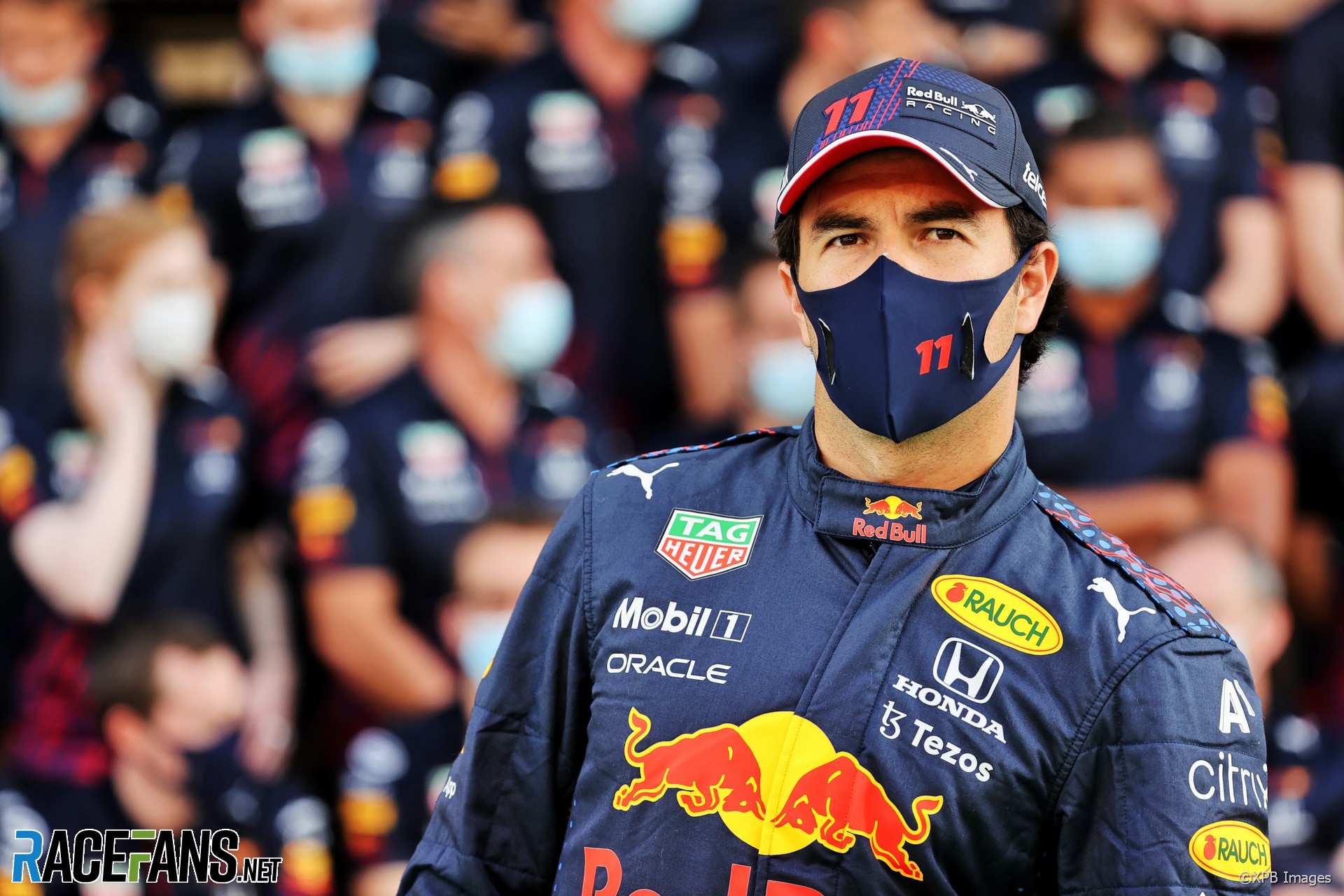 In the round-up: Sergio Perez says that he was never concerned that he might not keep his place at Red Bull for the 2022 Formula 1 season.

Sergio Perez says that he “wasn’t worried at all” Red Bull would decide not to keep him on for a second season with the team.

Perez struggled to match the performance of his team mate, Max Verstappen, who won the world championship. Despite openly admitting his difficulties in adapting to his new car, Perez says team principal Christian Horner and motorsport consultant Helmut Marko let him know early Red Bull would re-sign him for a second season.

“No, I wasn’t worried at all,” Perez told RaceFans. “I mean, at this stage of my career, it’s hard to get worried about not getting a seat.

“I think we matched really well, really quickly within the Red Bull family. Very early on, Helmut and Christian told me to not look anywhere else because they wanted to carry on with me.”

McLaren team principal Andreas Seidl says he is looking for the team to make a step forward with their pitstops next season.

While securing a victory in the Italian Grand Prix, McLaren lost out to third place in the constructors’ championship to Ferrari. Seidl says he is pleased with the team’s achievements this season but points to pit stops as an area where they can improve.

“I’m very happy with what we could achieve again this year as a team,” he said. “It was important for us to simply make the next step in terms of performance of the car – the way we work together between the race team out here, back home, engineering and production.

“I look at things like pit stops, for example, we could again make the next step in terms of consistency, but also speed. The most important thing for me was to make this next step again as a team this year because making these steps is key on our journey where we are in, where we want to get to the point to fight for race wins at every single weekend and not just occasionally.”

Pirelli’s Mario Isola has clarified the details of what tyres F1 teams will be allowed to use for filming and promotional purposes on their cars into next season.

Alongside dramatic technical regulations changes to cars for 2022, F1 cars will run with 18-inch wheels instead of 13-inch wheels. Isola explained that, unlike previous seasons, teams will be allowed to use cars from the year before in filming.

“The difference is that if you look at the sporting regulations now, it is considered a ‘previous’ car – a car from 2021,” Isola explained.

“In the past, the car from the year before was still considered a ‘current’ car. But because of the big change in technical regulations next year, the only current cars will be the 2022 cars and the 2023 cars – not 2021.

“That means that we will continue to supply what we call driver academy tyres, that are different from race tyres. They are available in three different compounds, plus wet, and they can use them for any test with 13-inch wheels with previous cars. While, for 18-inches, only running promotional tyres will be available.”

Just heard from Mercedes that it was indeed a 2022 spec PU used in the fire up. Serious statement indeed in that case. https://t.co/d5nSo2BoKQ

As we approach our 75th birthday, we want to celebrate this milestone with a token of gratitude from the heart of the company. Watch this video reveal of the 75th anniversary logo, in which our employees are the stars.#Ferrari #Ferrari75 @MuseiFerrari

"There will initially only be a 10% share of bio-fuels or ethanol. Which is neither sufficient nor in keeping with the times. I stand by my criticism. We have all the possibilities, we have the money, the resources, we could do very sensible things with it."

Alain Prost: "I am much more for the tradition, and Formula 1 has to stay the way it did. I must recognise that we have more and more young fans, with the Netflix series, and we have attracted some young people, (the) young generation, which is fantastic."

Ahead of Alex Albon's 2022 move to the team, departing driver George Russell prepared a bag of goodies to help Alex get accustomed to life as a Williams Racing driver.

Looking back over Honda’s latest spell in Formula 1, Olivier sees a stark contrast between the Japanese giant’s relationship with Red Bull compared to McLaren…

It’s quite interesting that Honda didn’t go all in from the beginning, perhaps to avoid the issues Toyota ran in when they had their own F1 project, however Honda are seasoned players who are not new to the F1 challenge.

Also interesting how Red Bull/Honda partnership played out. The Bulls were really willing to partner as opposite to McLaren who surely saw them as engine suppliers.

This season has really been fascinating and not only because of the battle of the wills Hamilton vs Verstappen but also (or mainly from my point of view) Mercedes vs Honda. Of course Honda is as mighty as Mercedes is in the big picture but in the F1 context I’d say they were more of the underdog. It’s not an easy task to take on a heavy weight champion and challenge them to the point they have to use overclocked engines to beat the opposition.

I’m not sure Mercedes are satisfied they beat the challenger, particularly by the way they did it. Another thing I’m sure of is this is not the last time we will see Honda back in F1.
Olivier