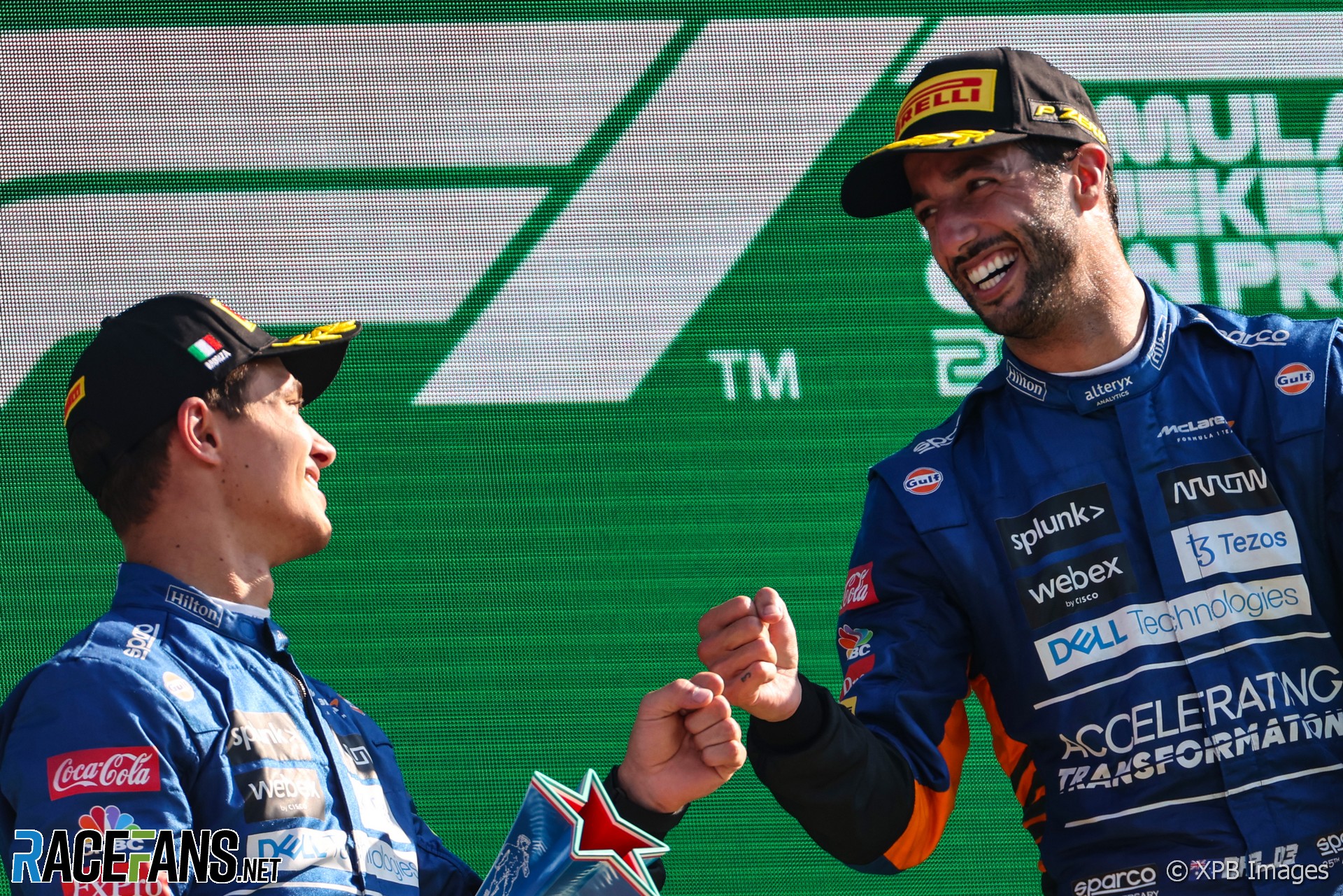 McLaren may have lost third place in the constructors’ championship to Ferrari in 2021, but it was still a memorable season for the Woking-based team.

The arrival of multiple race winner Daniel Ricciardo to the team alongside third-year driver Lando Norris saw McLaren possess arguably the most popular driver line up on the grid. But from the outset, the newest McLaren driver could not find his comfort zone in an unfamiliar cockpit.

Ricciardo made no secret of how he struggled to fully grasp the braking nuances required to extract the maximum potential from the MCL35M. This could be seen from the opening rounds of the season, where despite qualifying ahead of his team mate in both Bahrain and Imola, Norris’s superior race pace led McLaren to ask Ricciardo to let him through early in the Emilia-Romagna Grand Prix. Norris went on to record a first podium of the season in third place.

Sporting a smart one-off Gulf livery around the streets of Monaco, both McLaren drivers also drew attention for very different reasons on race day. While Norris drove brilliantly to take a spot on the coveted Monaco podium with third place, Ricciardo’s pace was so poor his team mate lapped him, en route to a lowly 12th.

Five straight races without a Q3 appearance only further reflected how difficult Ricciardo was finding it to adapt to the car, as Norris continued to beat his more experienced team mate on both Saturdays and Sundays until the summer break. Going into the shutdown period, Norris sat as high as third in the drivers’ championship with more than double the points tally that Ricciardo had amassed down in ninth place.

The break appeared to do Ricciardo good as he immediately secured his best finish of the season when the championship resumed in Spa – albeit thanks to the race never getting close to being started.

Then at Monza, everything seemed to come together. Starting second and third on the grid after sprint qualifying race winner Valtteri Bottas was hit with a grid penalty, Ricciardo leapt out into the lead ahead of Max Verstappen while Norris gave chase in third. When the two championship contenders crashed out, the two McLarens were handed a golden opportunity for the team’s first win since the 2012 Brazilian Grand Prix.

Ricciardo demonstrated he’d lost none of his race-winning ability and led Norris home in the only one-two finish any team enjoyed all season – only the third time Ricciardo had reached the chequered flag ahead of Norris all year. Norris took a stunning pole the next round in Russia and had a real opportunity to take his first career win in the race before gambling to stay out on dry tyres on an increasingly wet track saw his hopes evaporate.

That was the closest either McLaren driver got to the podium for the remainder of the season, as the team began to lose touch with Ferrari in the battle over third in the constructors’ championship. Ricciardo finished ahead of Norris in the United States and Saudi Arabia, but otherwise Norris was the faster McLaren on race day during the latter part of the season.

As the season came to an end Norris was narrowly beaten to fifth in the drivers’ championship by former McLaren team mate Carlos Sainz Jnr, while Ricciardo only just finished the season ahead of Pierre Gasly in eighth. Overall, Norris comfortably won the qualifying battle 15-7, while he reached the chequered flag ahead of his team mate on 14 occasions, losing out only six times.

Lando Norris vs Daniel Ricciardo: Who finished ahead at each round

Times based on the last qualifying round at each race weekend in which both drivers set a time. Negative indicates Lando Norris was faster, positive means Daniel Ricciardo was faster