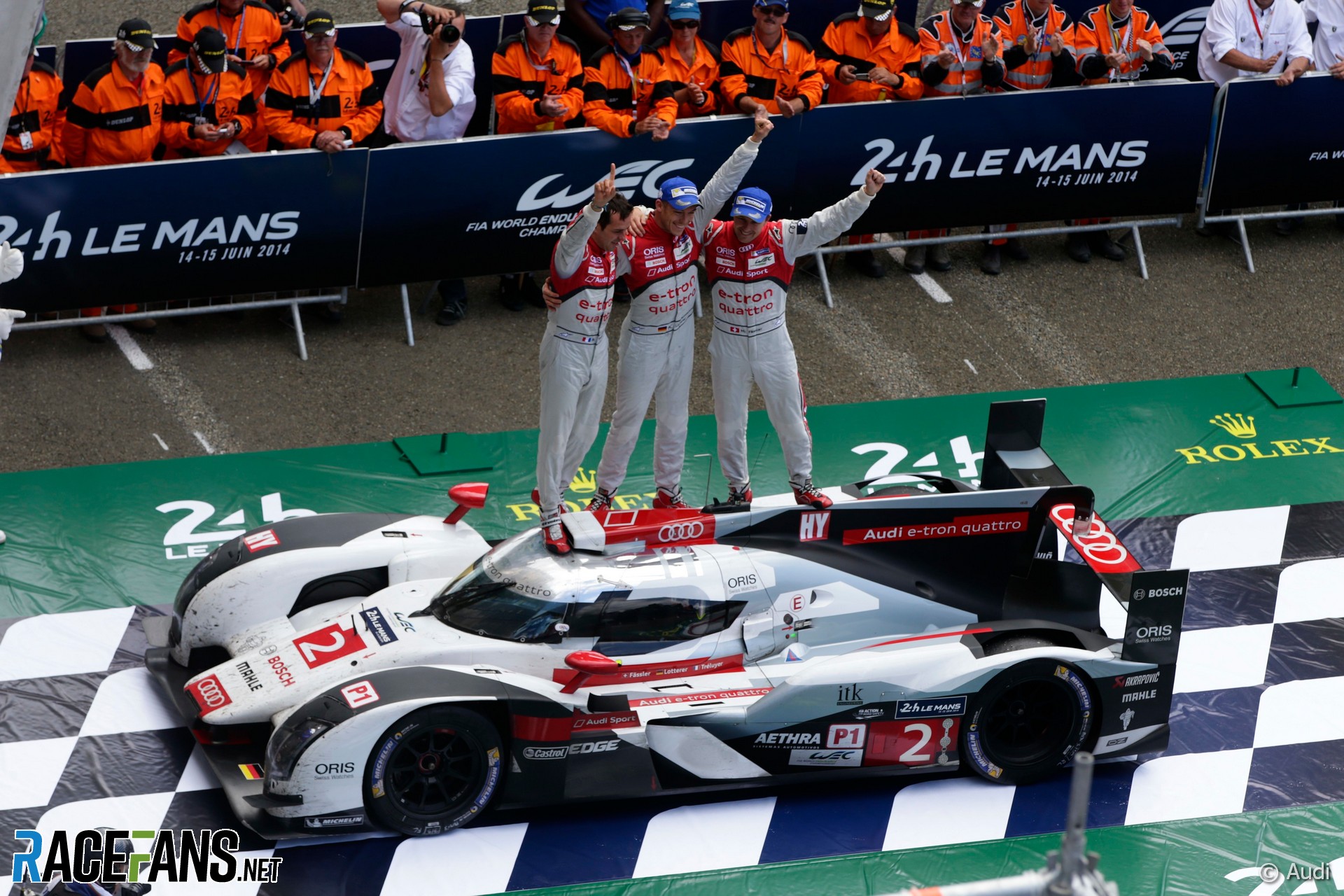 If, as seems increasingly likely, Audi is about to commit to enter Formula 1, it will be the latest in a series of championships the manufacture has tackled over the last four decades.

Of course success in one form of motorsport is no guarantee of the same in F1. But a habitual error can manufacturers make when they go motor racing is failing to understand what makes it a completely different endeavour to building and selling road vehicles. Audi’s track record across a range of disciplines shows they understand it better than others – and indicates they are not content merely to be participants.

Through the eighties and nineties the company used motorsport to showcase its four-wheel-drive ‘Quattro’ technology. This found its first and arguably greatest application on loose surfaces, notably rallying.

In the first half of the eighties, Audi’s Quattro, A1, A2 and S1 machines delivered over 20 World Rally Championship victories and took the team to the 1982 and 1984 constructors titles. Its drivers Hannu Mikkola and Stig Blomqvist were also crowned champions.

It wasn’t able to recapture that glory in the second half of the decade. The abrupt end of the ‘Group B’ and ‘Group S’ rally classes on safety grounds, while Audi was working on a potent new car for the latter category, set it back. But its four-wheel-drive technology transferred well to circuit racing.

Audi swept America’s Trans-Am series in 1988 with its 200, winning eight out of 13 races. The regulators responded, as regulators often do, by outlawing the four-wheel-drive system which gave the team their edge.

Undeterred, Audi prepared an assault on another American tin-top series, IMSA, with a new car loosely based on the 90 Quattro. The wide, muscular machine produced 720bhp from its five-cylinder, 2.2-litre motor. It missed the opening races of 1989 in Daytona and Sebring, but wins in seven of the remaining rounds for Hans-Joachim Stuck was enough for him to place third in the championship. Audi were second in the teams’ point standings, ruing the two races they missed.

Stuck won Germany’s touring car championship the following year and another Audi driver, Frank Biela, succeeded him in 1991. The 27-year-old clinched the crown by winning both races in the finale at Donington Park in Britain.

Audi looked beyond Germany, including to Britain. Biela made a successful assault on the British Touring Car Championship in 1996 with his A4, built to the hugely popular Super Touring regulations.

Again the Quattro had a clear edge – Biela took eight wins on his way to the title – and again the rule-makers made them pay. Four-wheel-drive cars had to carry a significant weight penalty the following year, which neutered their advantage.

But Audi’s next pursuit of success, in the Le Mans 24 Hours, would vastly outstrip their achievements elsewhere. They arrived in 1999 as rivals BMW and Mercedes were heading for the exit: The former having won with their Williams-honed V12 LMRs, the latter withdrawing after a series of shocking aerial accidents.

By 2000 Toyota had also canned their Le Mans programme. Audi cleaned up, filling the top three places on the podium with their Joest-run R8s. This began an astonishing 15-year stretch during which Audi almost monopolised success in the world’s greatest endurance race. Their triumphs were interrupted only by wins for Bentley in 2003 and Peugeot six years later.

Audi’s 2006 victory was another technological milestone: The first for a diesel-powered car. They saw off a fierce new threat from Peugeot over the next two years, before the home team finally bagged a win in 2009. Following that it was back to business as usual for Audi, now also up against Toyota, beating the Prius manufacturer to take the first Le Mans victory with a hybrid.

When their crown finally slipped it was to another Volkswagen Group brand, Porsche, whose record of Le Mans victories Audi made serious inroads into over just a decade and a half. They also won the first two seasons of the revised World Endurance Championship for constructors.

An Audi-backed Abt team entered the first season of Formula E in 2014 and three years later the entry gained factory backing. Abt’s Lucas di Grassi won the 2017-18 title and the Audi-run squad took the teams’ championship the following season. But by then the brand and wider Volkswagen Group was reeling from the implications of the Dieselgate scandal and the team’s WEC programme had been canned.

Alongside these programmes, Audi joined its German rivals in the reformed DTM where it enjoyed more success. At times the competition was extraordinarily tough. In 2007 it withdrew its cars en masse from a bruising, incident-filled encounter at the Circuit de Catalunya after several clashes with Mercedes drivers.

Eight years later it was the one dishing out the blows. At the Red Bull Ring Audi driver Timo Scheider was notoriously instructed “schieb ihn raus” – ‘push him out’ – by team chief Wolfgang Ullrich, whereupon he knocked two Mercedes drivers into a gravel trap including eventual champion Pascal Wehrlein.

Controversies aside, Audi also piled up the silverware for team and drivers. Over the final four years before the series went through another of its periodic metamorphoses 12 months ago, Audi took a trio of title doubles.

Audi is now hoping to turn its golden touch to another new endeavour, the Dakar Rally, which it will contest for the first time next month using a new alternative drive concept vehicle. The Audi RS Q E-tron uses a 2.0-litre four-cylinder turbo sourced from its DTM entry to charge a battery, which powers a pair of electric motors, one on each axle. It aims to be the first manufacturer to use a drivetrain incorporating electric motors to compete for overall victory against rivals using conventional engines.

In the meantime it is also preparing for a return to Le Mans. And the manufacturer has been closely involved in the shaping of Formula 1’s next set of engine regulations, due for introduction in 2026.

Now Audi appears to be on the cusp of announcing an entry into F1, telling CEO Stefano Domenicali and outgoing FIA president Jean Todt last week it intends to confirm its entry early next year. That would potentially put it up against Mercedes – again.

Audi’s fierce rival has enjoyed extraordinary success in F1 over the last eight years. Lewis Hamilton’s defeat to Max Verstappen on the final lap of this year’s world championship was the first time in that period a championship has not gone Mercedes’ way. Last week, while the team deliberated whether to appeal over the controversial conclusion of the race, Audi congratulated the FIA for ensuring a fair conclusion to the season right up to – it stressed – the final lap of the championship.

The possibility of Audi going up against Mercedes in F1 – not to mention Ferrari and the rest – is therefore an absolutely riveting prospect. But with the new engines almost five years away, we may have to wait a while to see it.