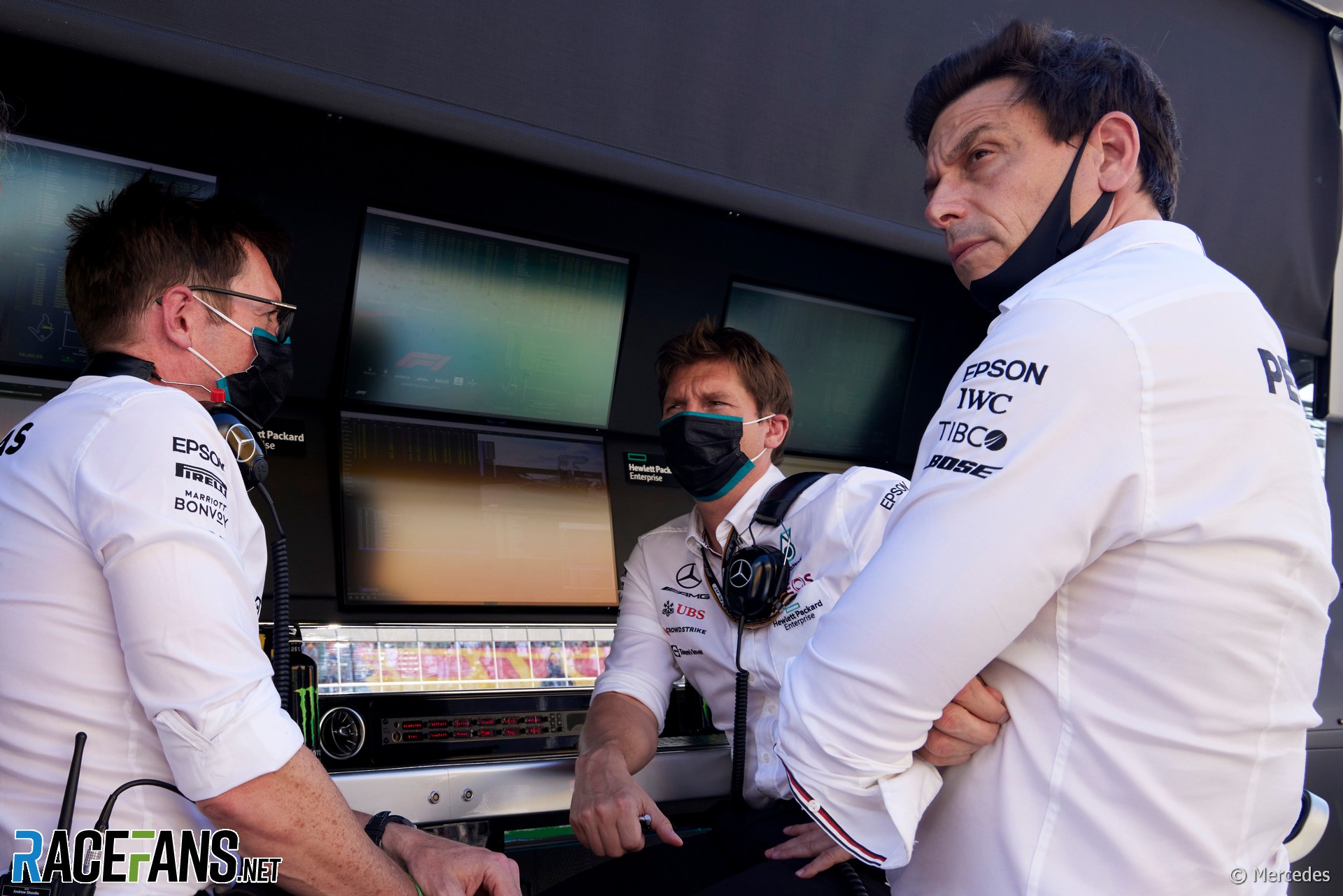 Toto Wolff admits he and Red Bull team principal Christian Horner may have “overstepped” in their direct communication with race director Michael Masi this season.

Through a tumultuous 2021 season that was marred by a series of highly controversial incidents and stewards’ decisions, FOM introduced clips of teams’ radio communications with Masi into the world feed broadcast for the very first time.

This revealed how team principals, such as Wolff and Horner, sometimes make direct pleas to the race director instead of relying on their team’s sporting director.

Most memorably after the opening lap clash between Max Verstappen and Lewis Hamilton at the British Grand Prix, Horner was heard asking Masi to ‘deal with the situation appropriately’. Then, during the controversial safety car restart at the Abu Dhabi Grand Prix, a furious Wolff implored Masi that his actions were “so not right” over radio.

Reflecting after the season, Wolff says he feels that he and Horner both may have gone too far in advocating for their teams through the direct channel with race control.

“I need to take myself by the nose – and Christian,” Wolff says.

“We were giving us the opportunity to talk to the race director directly and because we fight so fiercely for the interest of our teams, we – all of us – overstepped. This certainly was part of the failures this year that, under pressure from the team principals also, the race director’s life wasn’t made easier, certainly. So we need to come back.”

Typically, a team’s sporting director holds the responsibility to communicate with race control regarding incidents on track or concerns about safety, sporting or logistical matters during a race weekend. Red Bull sporting director, Jonathan Wheatley, was most commonly heard conversing with Masi over radio in broadcasts this season, with Ron Meadows doing so on behalf of Mercedes. Wolff believes that only those members of the teams should be permitted to have contact with the race director.

“I think that the team principal shouldn’t speak directly to the race director,” Wolff said. “It should be the sporting directors.

“I agree with Ross, but I equally blame Ross and myself because we have been part of the decision making to broadcast more of the channels for the purpose of transparency and entertainment for the fans,” says Wolff.

“There is so much going on on the intercom that giving fans a little bit of an overview of all the little dramas that happen. Is the car breaking down? Are we having some kind of strategy discussions?”

“It was meant well, but I think we overshot.”