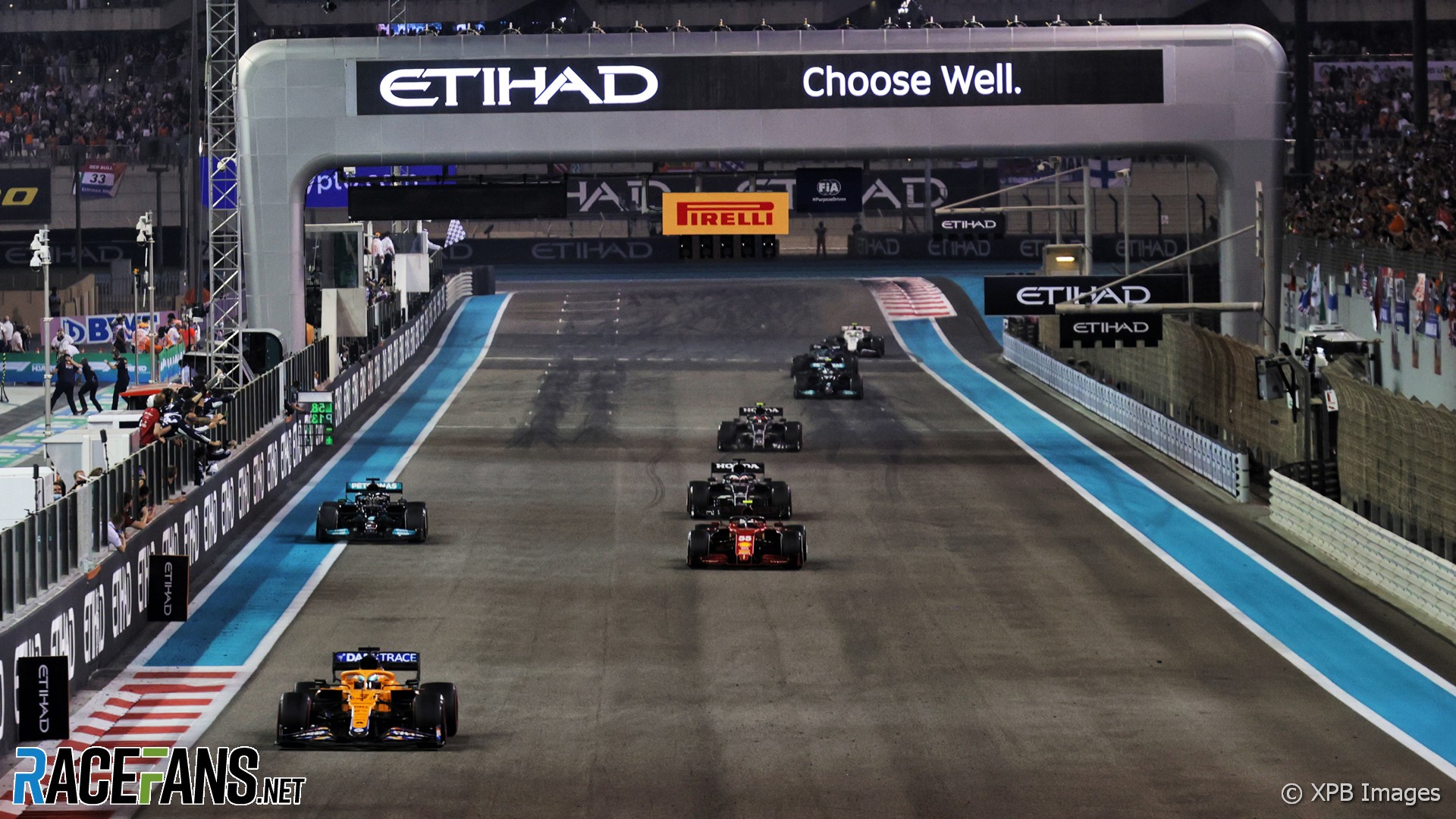 Confusion broke out over the final minutes of the race as drivers were initially told those who were a lap down would not be given the opportunity to rejoin the lead lap. Then on the penultimate lap five of the eight drivers who were a lap down – those running between race leader Lewis Hamilton and second-placed Max Verstappen – were allowed to do so.

This decision had ramifications for several midfield drivers. Daniel Ricciardo and Lance Stroll, who finished 12th and 13th, were among those denied the opportunity to rejoin the lead lap.

“Not us, stay where you are, Safety Car is in this lap,” Michell advised him. “I don’t understand why,” Stroll replied, “I should be able to overtake the Safety Car.”

“What the fuck?” continued the irate driver as Michell said he would explain the situation after the race.

Ricciardo’s race was also compromised by the restart. His race engineer Tom Stallard called race control’s decision “a bit unusual” and told his driver after the race: “We finished P12 at the end. Obviously not enough laps and with the other cars being allowed to go after the Safety Car, then that pit stop didn’t help.”

Ricciardo said he had “no idea what they did with letting cars through.” After returning to parc ferme he added: “I’m glad I am not a part of that, whatever just happened. Seemed pretty fucked up.”

Speaking to media after the race Ricciardo was at a loss to explain why only certain cars had been allowed to un-lap themselves.

“I was confused because I got that message that they won’t overtake,” Ricciardo said. “So in my head I thought ‘that seems okay and I guess fair because Lewis had such a lead and Max has newer tyres – and this way he has to cut through a few cars if they’re going to restart the race’.”

“I’m honestly just speechless,” Ricciardo added. “I don’t know what to make of all that, I really don’t. I need to see how it all came about.”

The next car in line for the restart was the Ferrari of Carlos Sainz Jnr. He was holding onto third place, and was confused to see the cars between him and Verstappen were not un-lapping themselves.

“What are these two guys doing?” he asked race engineer Riccardo Adami as he queued behind Stroll and Ricciardo. “They are not un-lapping themselves, they need to go.”

Some drivers who were given the wave-around on the penultimate lap were also perplexed by the decision, including Fernando Alonso, who finished eighth.

“When the Safety Car was out, I thought that we were able to overtake quickly, because normally [this] is what happens. You see the green light of the Safety Car immediately, and then you are un-lapping yourself until they remove the car,” Alonso said.

“But we didn’t have that lap, that green signal, and then two laps after the engineer told me, ‘You will not be able to un-lap yourself, the positions will stay like this.’

“One corner later, the green light came on, I said, ‘But we have the green light’. And he said ‘Yeah, you can do it now, follow Norris. And I followed Norris’. A little bit confusing, probably.”

Vettel complained the decision to let the lapped cars pass the Safety Car did not happen sooner, leaving those who were waved by too little time to catch up. “They should’ve let us pass right away, like other times,” he said.

“Obviously you have the guys fighting in the front, so you just got to clear the path. I don’t know what took so long. For us it was a shame because we didn’t have a race then because everything was just spread out.”