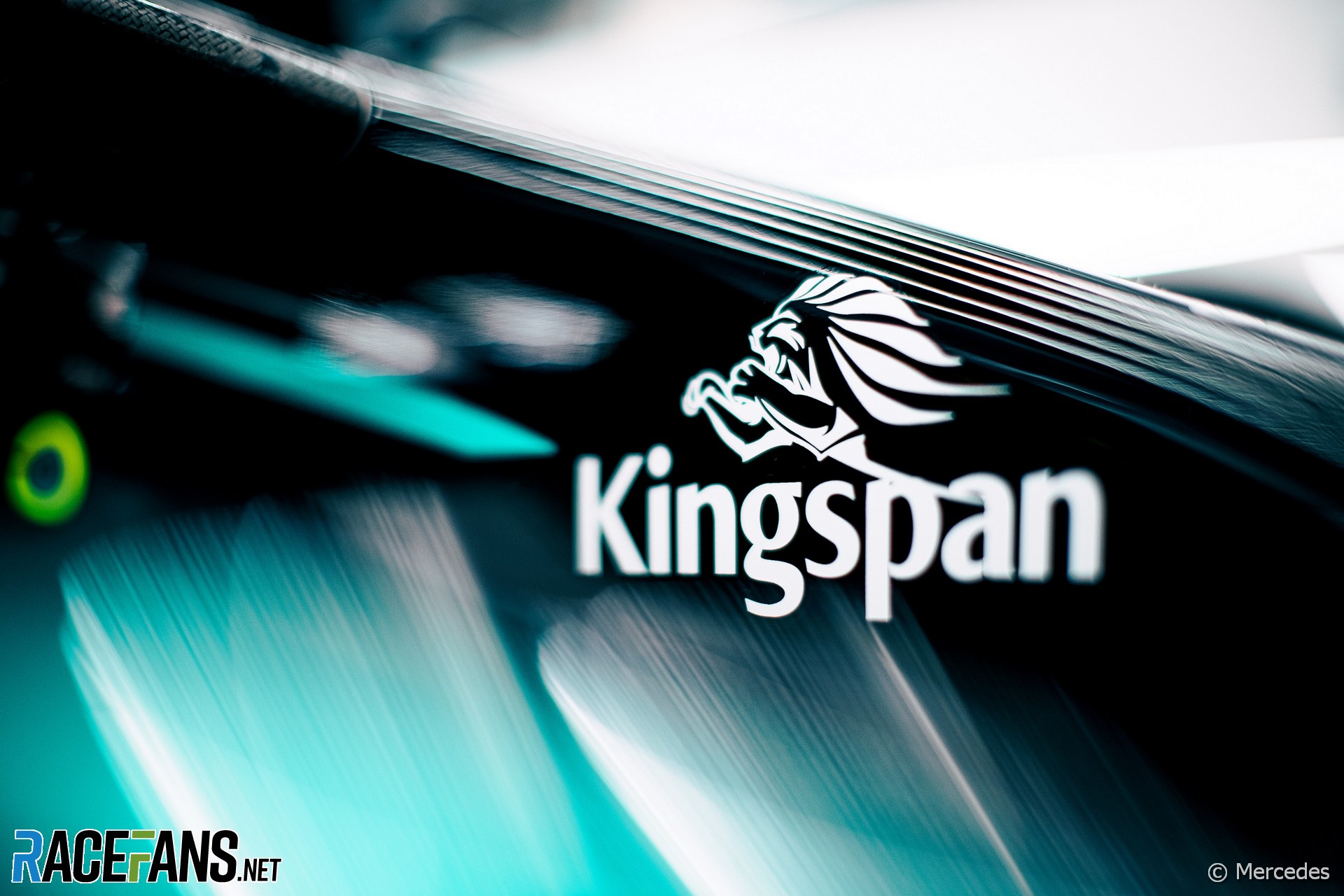 Mercedes’ new sponsorship deal with Irish building materials company Kingspan has been condemned by a group of survivors and families of victims of the Grenfell Tower catastrophe.

Kingspan’s logos have been added to the W12 as part of the partnership between it and Mercedes, which was announced yesterday. The company will be also be involved in a “sustainability working group” within the Mercedes team.

However news of the deal prompted an angry response from community group Grenfell United.

A fire engulfed the Grenfell Tower high-rise residential building in west London in June 2017, claiming the lives of 72 residents in one of the deadliest domestic fire disasters in British history.

The Grenfell United group representing bereaved families and survivors of the fire have strongly criticised Kingspan and claimed the company misrepresented the fire safety qualities of their products.

In an open letter to Mercedes team principal Toto Wolff, Grenfell United described the announcement of the team’s sponsorship deal with Kingspan as “truly shocking”.

“Kingspan played a central role in inflicting the pain and suffering that we feel today and there must be a degree of public censure for Kingspan’s recklessness and carelessness for human life,” the letter states.

A Mercedes spokesperson said: “Our partner Kingspan has supported, and continues to support, the vitally important work of the Inquiry to determine what went wrong and why in the Grenfell Tower tragedy.

“Our new partnership announced this week is centred on sustainability, and will support us in achieving our targets in this area.”

“Deeply disappointed that Mercedes AMG F1 are accepting sponsorship from cladding firm Kingspan while the Grenfell Inquiry is ongoing,” said the cabinet minister. “I will be writing to Mercedes to ask them to reconsider. The Grenfell community deserves better.”

Kingspan have been approached for comment. The company previously denied attempting to mislead about the fire safety performance of their materials, maintaining that their product was used “as a substitute product without Kingspan’s knowledge in a system that was not compliant with the building’s regulations” and that it amounted to 5% of the total insulation materials used on the tower.