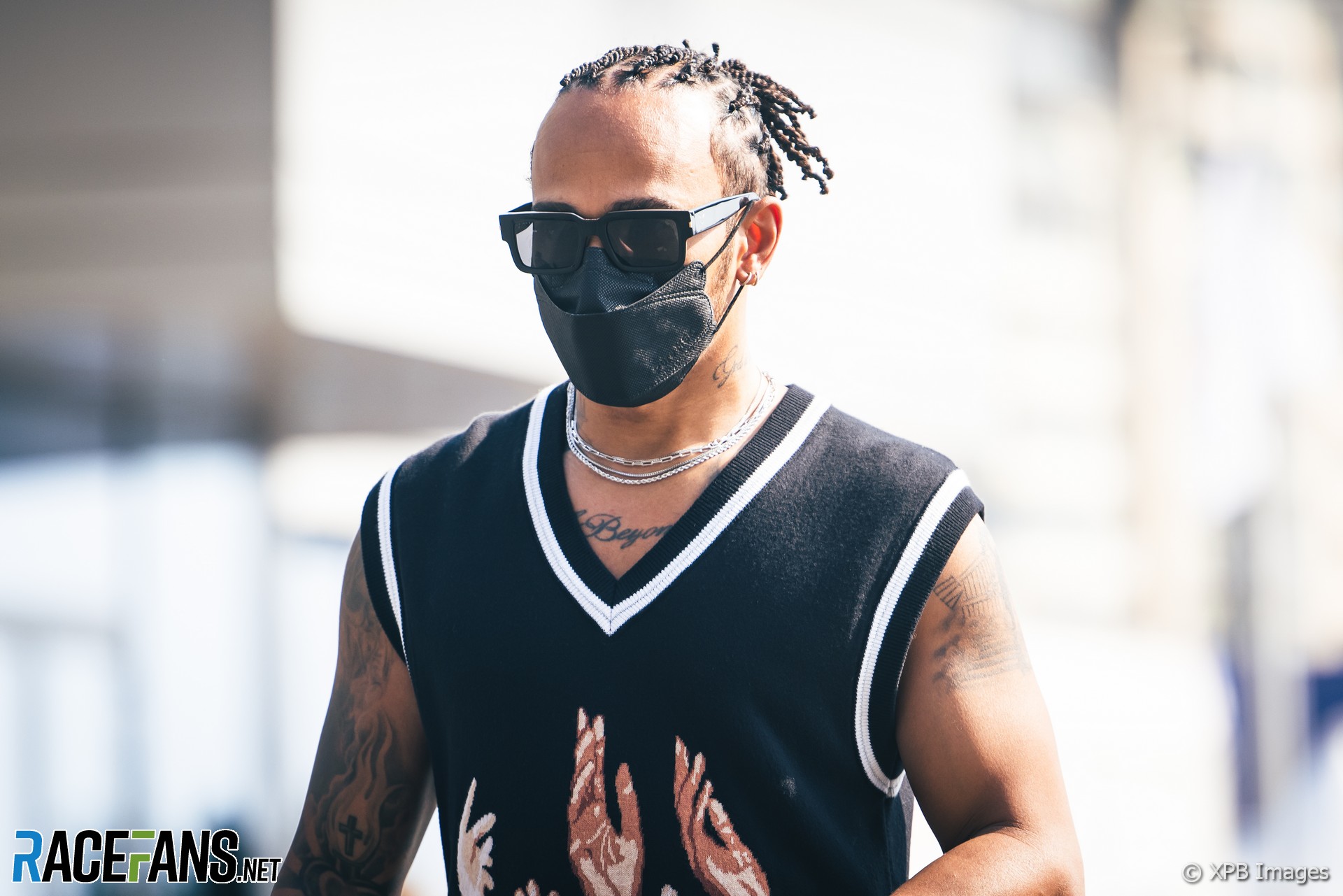 Lewis Hamilton described Saudi Arabia’s LGBTQ+ laws as “terrifying” and raised concerns over women’s rights in the country, which is holding its first Formula 1 race this weekend.

F1 has been accused of facilitating ‘sportswashing’ by hold a race in a country which has been criticised for its human rights record. The Mercedes driver says he feels “comfortable” in Saudi Arabia but stated it is F1’s choice to go there and not his.

Hamilton wore a new helmet with a ‘Progress Pride’ flag design at the last race in Qatar, drawing attention to a range of groups that are under-represented and discriminated against. He intends to continue wearing it this weekend and at the following round in Abu Dhabi.

“As I said at the last race, I feel that the sport and we are duty bound to make sure that we try to help raise awareness for certain issues that we see, particularly human rights, in these countries that we’re going to,” said Hamilton.

“With the utmost respect for everyone that’s here, I’ve so far had a warm welcome from the people on the ground. I can’t pretend to be the most knowledgeable or have the the deepest understanding of someone that, particularly, has grown up in the community here that is heavily affected by certain rules and the regime.

“Whether it’s right or wrong, I think whilst we are here, again, I feel like it’s important that we do try to raise awareness. So in the last race, for example, you saw the helmet that I wore. I will wear that again here and in the next race because that is an issue and is a law.

Homosexuality is illegal in Saudi Arabia and can be punished by flogging and imprisonment. “If anyone wants to take the time to go and read what the law is for the LGBTQ+ community, it’s pretty terrifying,” said Hamilton. “There’s changes that need to be made.”

Hamilton also pointed out that relaxations in some restrictions on women’s rights, including the former ban on women being allowed to drive, had not led to those who violated past laws being pardoned.

“For example, women’s rights of being able to drive [since] 2018,” he said. “Some of the women are still in prison from driving many, many years ago.

“So there’s a lot of change that needs to happen, and I think our sport needs to do more.”