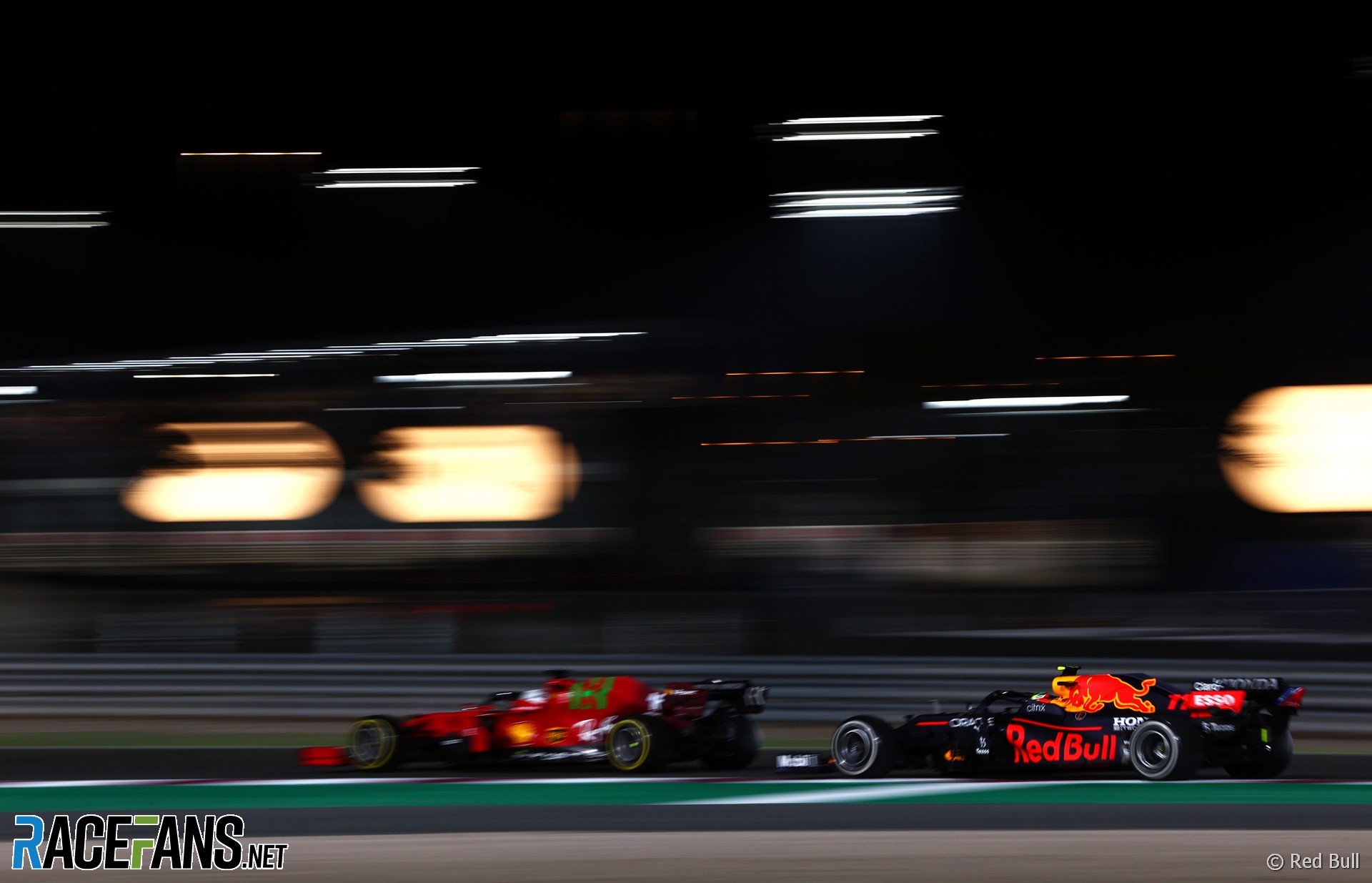 Sergio Perez says he missed out on a podium finish in the Qatar Grand Prix after Red Bull switched to a two-stop strategy for safety reasons following the tyre failure Valtteri Bottas suffered.

Four drivers has tyre failures during the race. Perez made a second pit stop and still came close to finishing third, but his pursuit of Fernando Alonso was finally thwarted by a late Virtual Safety Car period.

He said the team was undecided about whether to make a second pit stop before the tyre failures swung their decision. “We were in the middle of going into the one or the two,” he explained.

“We lost a lot of seconds and we actually didn’t get ahead of Fernando. But then we overtook him and we were going onto the one-stop and then we changed our mind. I think it was about making it to the end, really.”

Bottas suffered his tyre failure four laps after Perez passed Alonso. “I can imagine that basically we played it safe with the explosions of the tyres,” he said.

“I think we were thinking more in the long-term picture. When we saw what happened to the other cars we were a bit concerned in that. So we played it safe and in the end I think we left some points in the table today but we managed to minimise the losses from today’s race.”

“What happened to Valtteri did put a thought on our heads,” he added. “I think at the end of the day fourth is better than nothing.”

Despite failing to join his team mate on the podium, Perez ensured Red Bull cut Mercedes’ lead in the constructors championship to five points. He said that justified their decision not to risk a one-stop strategy.

“It’s a lot we [could] lose that we are fighting for,” he said. “I’m a team player and of course, as a driver, you want to be on the podium, but it’s the championship what matters. And as I say, fourth is better than nothing.”

Perez began the race at a disadvantage having failed to make the cut for Q3 on Saturday, which meant he started outside the top 10. “We have to analyse it because there are a lot of things that we probably took the wrong direction with the car and also our quali didn’t go straightforward,” he said.