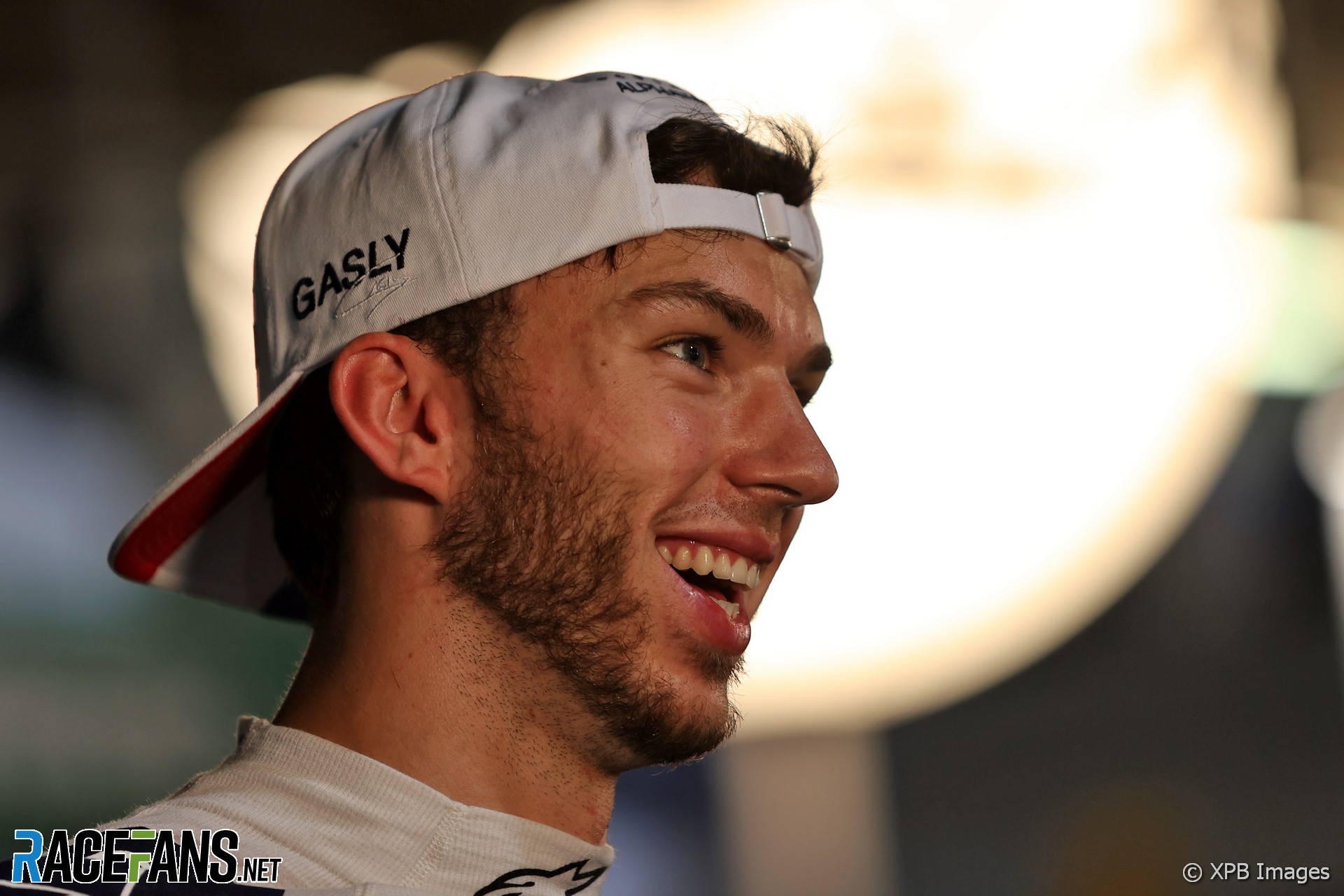 The week leading up to the Qatar Grand Prix has been dominated by discussions over the controversial incident between the Max Verstappen and Lewis Hamilton at Interlagos.

On that occasion, Verstappen controversially ran wide, taking Hamilton with him. Many of their rivals were surprise the Red Bull driver was allowed to launch his car at Hamilton from such a distance back, run wide and keep the lead.

So of course the cards had to fall in such a way that a repeat scenario is cued up for the start of Sunday’s first ever race on the Losail International Circuit. Hamilton is on pole position on the outside, Verstappen on the inside, and a 371-metre sprint to the fairly open and quick first turn beckons.

Or perhaps not. A while after qualifying came word that Verstappen and three other drivers who bagged starting positions among the top seven were under investigation for yellow flag procedure violations. They also include Valtteri Bottas, who took third, and seventh-placed Carlos Sainz Jnr. All could face penalties or potentially differing sizes, as covered in detail here.

Unusually, the stewards parked their deliberations until tomorrow. The earliest hearing is Verstappen’s, at 1pm Qatar time, following by Sainz and Bottas. Discussions may therefore not be done until 2pm, with the race start due three hours after that. Teams will therefore get late notice on their starting positions.

One driver unlikely to benefit from any penalties for those rivals is Sergio Perez. In a blow for Verstappen, his Red Bull team mate failed to get through to Q3 and will start the Qatar Grand Prix from 11th. Will Losail prove as hard to pass on as many expect? Perez will provide the litmus test.

Perez’s progress is likely to have a bearing on Mercedes’ strategy, as they will be anxious to avoid bringing Hamilton out behind him. “I think we should be okay with performance, it’s going to be close with Red Bull,” Bottas predicted. “It’s going to be a lot about tactics tomorrow and maybe race start as well.”

That may be where Pierre Gasly comes in. The AlphaTauri driver qualified the highest of any non-Mercedes or Red Bull driver and deliberately chose the soft tyres to start on. He said the strategy might not have seemed obvious before the weekend “but after last night we looked at all the numbers and I was pretty clear in which tyre compound I wanted to use in Q2 because until turn one, it’s a pretty long straight so I really wanted to maximise the start performance, and for me it was always glad to start with the option.”

A penalty for Verstappen could therefore be a mixed blessing for Mercedes. If Bottas gets a penalty too, the soft-tyred Gasly will be promoted to second alongside Hamilton, poised to make use of that extra grip. Not to mention the precedent set last weekend, that forcing a rival off-track from far back is now permissible.

However grip levels on the grid remain a significant question mark at this unfamiliar and dusty venue. The start at Losail will be crucial for any driver, as overtaking opportunities look few and far between. But those on the even-numbered side of the grid potentially face a more difficult time as the dust off-line stands to hamper their starts compared to the others.

In contrast to Gasly, Lando Norris was pleased to have qualified sixth but disappointed to be on softs. “The only downside is we didn’t get through on the mediums,” he said. “We didn’t have the pace, it might have looked like we had good pace considering where we finished up, but we weren’t quick enough to go through on the medium.” He’s convinced “the mediums will be a much better tyre” in the race.

Regardless of whether Sainz is penalised, the Ferrari driver has a high chance of slipping backwards at the start. He is the only driver bar the Mercedes pair and Verstappen to have gone through to Q3 on medium tyres, despite admitting he was “suffering” on the rubber. He and team mate Charles Leclerc have been pessimistic about their race pace, though the latter will at least have a new chassis after his qualifying troubles were blamed on a crack.

As drivers have done so little running on the track in representative conditions, and much of it focus on performance runs for qualifying, how their tyres will behave over a stint is a significant unknown. Tyre degradation around Losail has proven much, much lower than teams’ feared – Mercedes’ pre-race expectation that three-stop strategies might be possible looks unlikely to be realised, and single-stop strategies for those starting on mediums look viable. But lap times may drop quickly and degradation levels change unexpectedly as rubber goes down, the track grips up and cools under the lights.

Hamilton said he believed Mercedes might be at a disadvantage to Red Bull, in race trim. “They’ve got their big wing on, so they’re going to be strong tomorrow,” he reasoned, “they might have the edge on race pace, we will see.” But there is likely a lot of expectations management in this. The race will be run on the harder tyres, and we’ve seen many times already this year Mercedes go better on those compounds.

A final variable which could shape the race is damage, which we have seen a lot of already this weekend. The kerbs are fairly severe, but the high cornering speeds is what really does the damage.

Drivers up and down the grid have suffered damage over kerbs, from Gasly’s dramatic front wing failure during the final moments of qualifying to Leclerc and Nikita Mazepin’s bashed chassis.

The risk that drivers might run – or be forced – wide onto the green-and-white kerbs during the race carries potentially major penalties up to and including serious performance loss or retirement. And, of course, Safety Car periods or Virtual Safety Car periods which could up-end a race which is likely to be decided by strategy.

Do you expect any changes to the grid ahead of today’s race? And how will the antepenultimate championship round at an unfamiliar venue affect the title battle?

Share your views on the Qatar Grand Prix in the comments.

12 comments on “Turn one showdown beckons for Hamilton and Verstappen – or Gasly?”