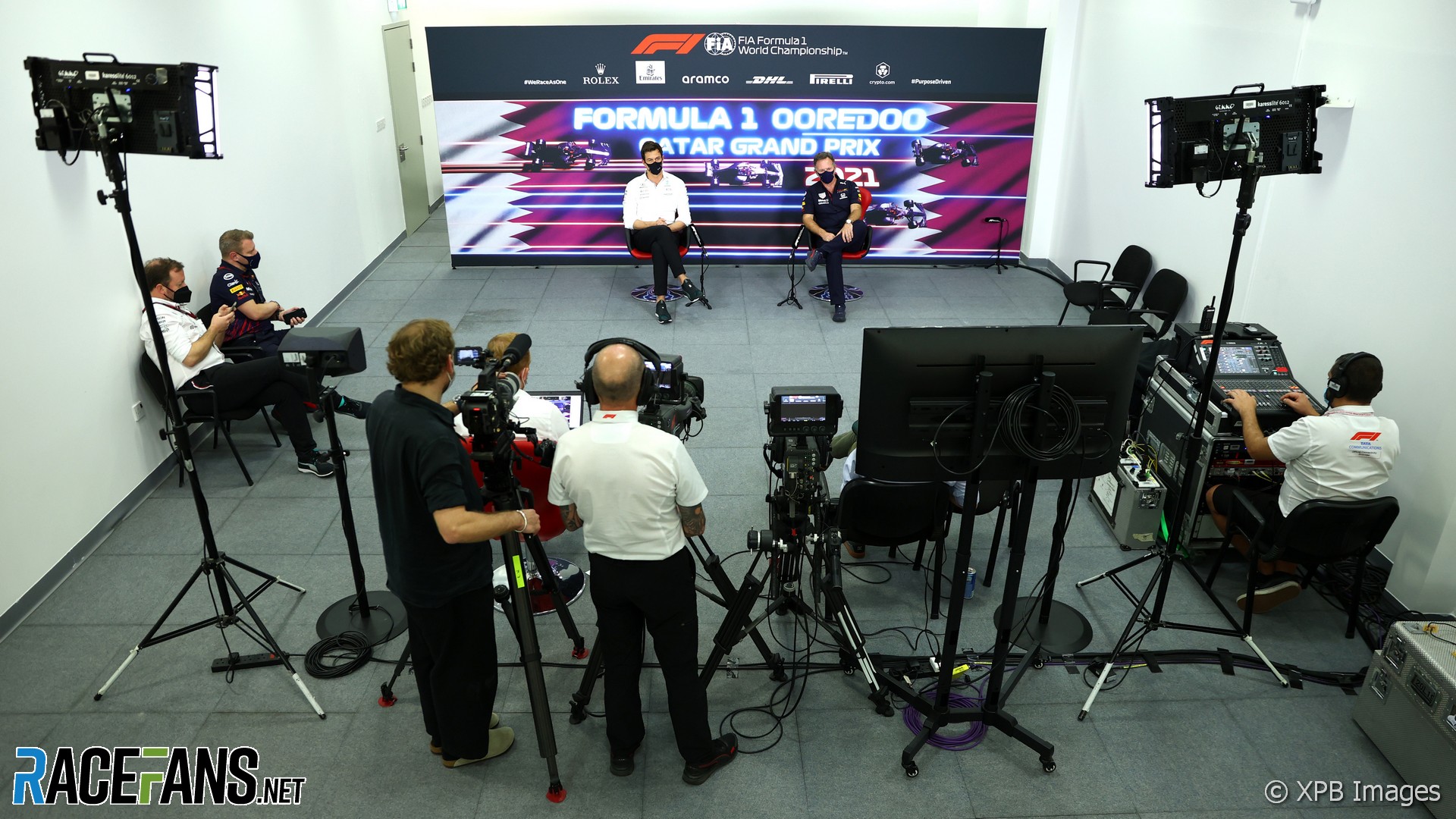 Qatar’s Formula 1 circuit provided a new backdrop to the latest chapter in the escalating rivalry between the two championship contending teams as the 2021 season heads towards its conclusion. Dieter Rencken brings the latest from the paddock in Losail.

Upon arrival at Qatar’s Hamad International Airport during the (very) early hours I’m impressed with the efficiency of immigration and customs: It takes around 30 minutes from aircraft to rental car desk, where the process is equally painless. Thus, I’m at my hotel at 2am and up and about six hours later, raring to return to Losail International Circuit.

I’d been to the venue in April 2006 for its first international car race: a round of the short-lived Grand Prix Masters championship, which, as the name implies, was for ‘retired’ F1 legends such as Nigel Mansell, Emerson Fittipaldi, Riccardo Patrese, Derek Warwick and Patrick Tambay all driving identical Indy-based cars powered by long-life Cosworth V8s.

It was a marvellous concept that deserved better but imploded after three races after a triple whammy of poor management, financial issues and poor weather at its (August) Silverstone round. Still, GP Masters is a concept which deserves a revival; how about it F1? 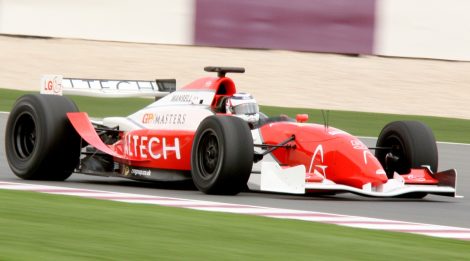 Today Losail’s circuit is better known for its illuminated Moto GP rounds. On my way to Losail I’m struck by the number of detours and construction activities – and resultant traffic jams – ahead of the FIFA World Cup, upon which Qatar hopes to build by attracting various international sporting events to the Arabian Gulf peninsula state after 2022.

This year’s event is very much a stopgap race after Qatar was called upon at short notice as replacement for the cancelled Australian Grand Prix. RaceFans revealed that talks for the event were in process during the Austrian Grand Prix in July; by mid-November the grand prix is reality: surely some kind of record for a circuit has never hosted F1, particularly in Covid times.

Thus, some of the facilities are either temporary or more rudimentary and compact than F1 is used to. But, as always in the Gulf, hospitality is most obliging and friendly and the four media must-have boxes – decent internet connection, reasonably priced hotels, convenient circuit access and on-site media catering – are ticked. The local cuisine in the café ranks is especially impressive.

The focus of the day is on Mercedes’s request for the stewards to review new footage, which emerged post-race, of Max Verstappen’s robust lap 48 move on Lewis Hamilton last weekend. No doubt the team hope their bitter rivals will be retrospectively penalised. As always, such matters are impossible to second-guess, as is the time taken to reach and publish a decision – in this case over 22 hours.

True, there are various challenges. Where possible the FIA assembles the same representatives to hear related matters, but two of the Brazilian Grand Prix stewards are in the USA and Brazil, while chairman of the stewards (US-based) Tim Mayer has to substitute for this race after the unexpected withdrawal of a colleague and thus has others matters to attend to. But even allowing for all that, surely the matter could have been decided faster. 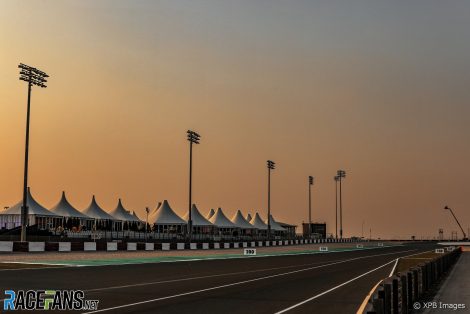 The day ends rather anti-climatically after the FIA advises at 9pm that: “The stewards are now considering the matter and will publish their decision tomorrow.” Note the word “now” despite the hearing have started at 5pm…

I had filled the waiting time examining video footage of Hamilton’s steering column – ostensibly moving back and forth in Brazil, which would be illegal. The seven-times champion told me during the press conference there was ‘play’ in the system which resulted in a change of column “on Saturday” – which is not, though, reflected in the FIA’s parc ferme log as it should be if changed after Friday evening’s qualifying session.

I ask both the FIA and Mercedes to clarify the apparent anomaly, with the team admitting that Lewis made and error and that the change had taken place on Friday before qualifying. Engineering notes to that effect are produced; still, there is more footage of steering column movement, apparently taken on Sunday, so the matter may still run. 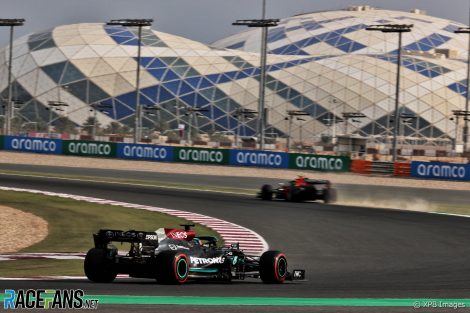 Trip to the circuit takes 30 minutes – so half the previous day’s time – given that Friday is effectively an ‘off’ day in the region. After arrival at the circuit at 11am I busy myself with another controversy: allegations that Mercedes has an illegal ‘bendy’ rear wing. I cannot believe that any team would wilfully cheat, and while Red Bull claim Hamilton had a 27kph top speed advantage over Verstappen in Sao Paulo, the timings of their DRS use no doubt influenced that figure.

While waiting for the stewards’ verdict I wander the paddock and pick up from a source in the know that the most likely VW Group brand to enter F1 is not Audi as widely punted by various publications – analysed here – but Porsche, which is in discussions with various teams as engine supplier (only). Audi may still enter as full team, but that decision is unlikely to fall this year.

I hear shortly before the 3pm FIA ‘team bosses’ press conference, featuring Mercedes boss Toto Wolff and Red Bull counterpart Christian Horner, that the verdict is imminent, possibly during the conference. The fact that Netflix, ‘following’ Mercedes as part of its Drive to Survive brief, sets up its camera despite a ban on all save FIA and F1 personnel in the room adds credence to beliefs that the matter is being dramatised.

Conveniently an email pronouncing the verdict drops while the conference is in full swing, with both protagonists seemingly unsurprised at hearing it, adding further weight to our suspicions. There are, of course, denials that the timing was rigged, but to paraphrase F1 managing director Ross Brawn from a recent interview: “If it walks like a duck and quacks like a duck, it is a duck…”

One of the points argued between Wolff and Horner is whether ‘score’ marks exist on the Mercedes rear wing, indicating bendy movement. Wolff states any such marks are “within what is allowed” while in a later TV interview Mercedes head of trackside engineering Andrew Shovlin claims “there are no score marks”. Thus I send editor Keith a photograph I have depicting some suspicious markings – let’s see if an intervention arises from the FIA, who Red Bull have already discussed the matter with.

I eventually depart the media centre at 10pm, arriving at the hotel a little over 30 minutes later. It’s been a day packed with drama, intrigue and innuendo – as F1 should be, but too seldom has been in recent times.