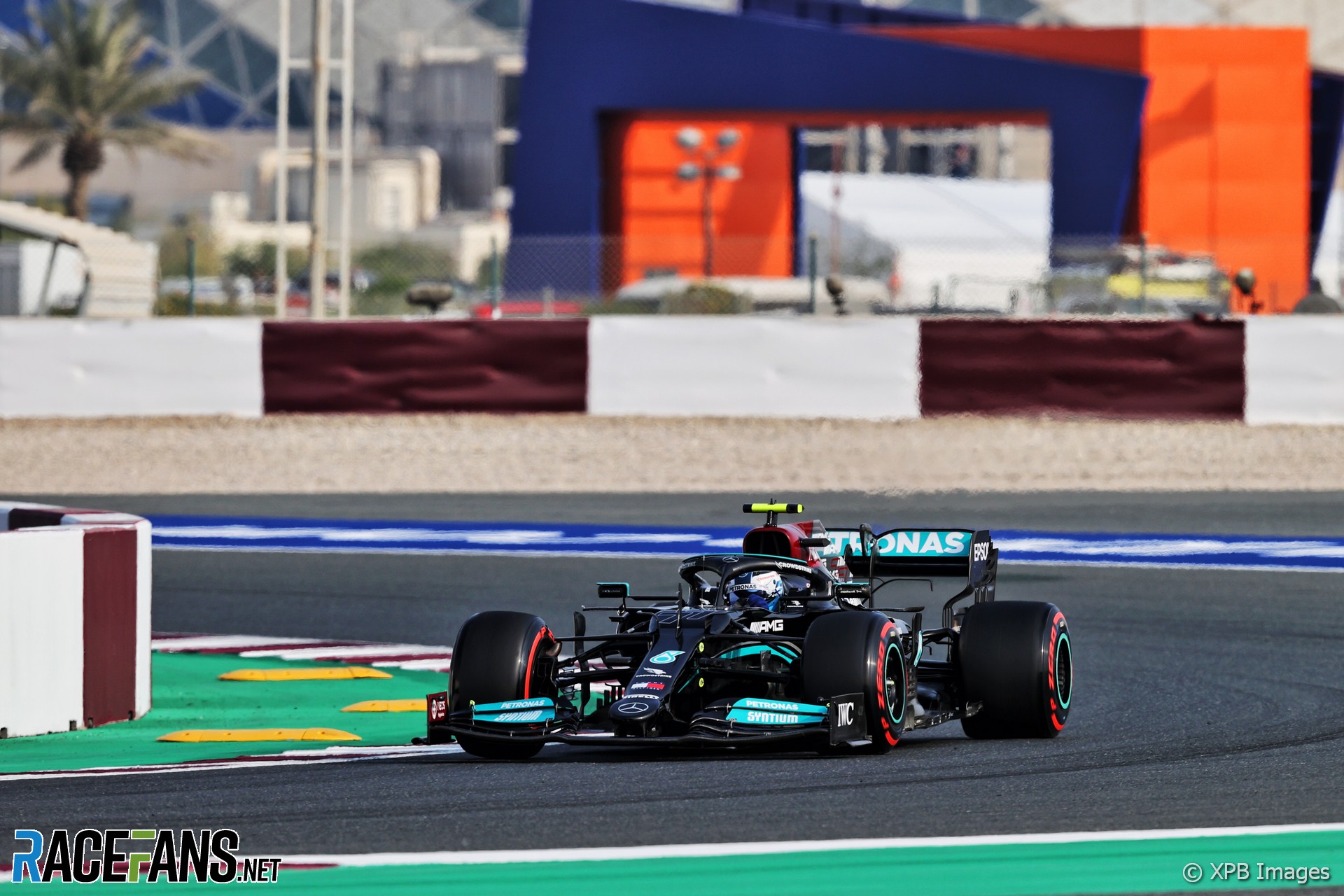 Lewis Hamilton made it a one-two for the W12s in the final daylight session at the desert track, the pair separated by less than a tenth of a second.

Nikita Mazepin’s frustrations continued after being unable to participate in the second practice session yesterday. The Haas driver was first to reach the pit exit when the session began, but got no further as a problem developed on his car. “The car did not sound right, the engine did sound different,” said Mazepin.

The session was red-flagged and the Haas mechanics ran to the pit lane exit to retrieve the VF-21. Mazepin never returned to the track, meaning the rookie has run just 16 laps of Losail, ahead of qualifying, all in first practice.

Mercedes were fastest throughout much of the session, with Bottas usually a fraction ahead of his team mate. In between runs, Verstappen’s car spent much of the session behind a wall of Red Bull mechanics’ bodies, hiding work that was taking place on the rear wing. The upper flap again fluctuated visibly during his fast laps as it had in Brazil.

Despite covering just nine laps and incurring front wing damage by running wide at one point, Verstappen ended the session in third place. Pierre Gasly, second in both of yesterday’s sessions, fell to third, splitting the Red Bulls at the chequered flag.

Yuki Tsunoda could not show the same pace but did manage to keep himself 10th-fastest, preserving what looks like a very strong weekend for AlphaTauri. Alpine did not struggle as they did yesterday under the floodlights yesterday, Fernando Alonso leading Esteban Ocon to split the two Ferrari drivers in seventh and eighth.

Track limits, which have been revised again since second practice, remained a problem. Several drivers struggled with the exits of turns 14 and 15 during the session. Perez and Lando Norris both took wide arcs off track at this point.

Charles Leclerc had a strange spin out of turn two, collecting a cloud of dust from the Astroturf run-off and Gasly also performed a low-speed pirouette on-track on an out lap.

The final practice session saw higher track temperatures than yesterday evening’s running, though it wasn’t as hot as the opening hour. By the time the chequered flag fell the track temperature was just 34C, and is likely to only fall slightly further after sundown.