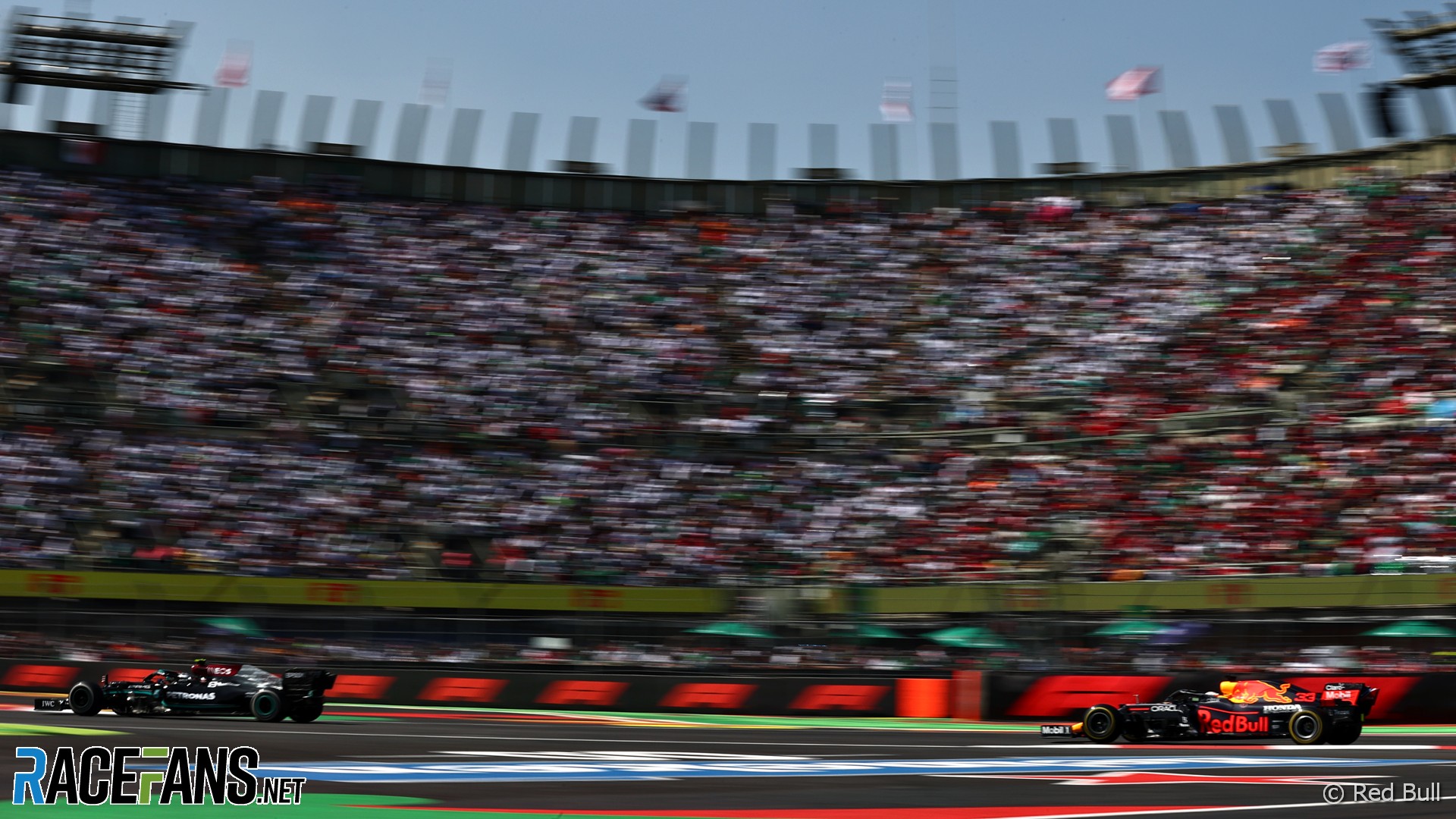 Max Verstappen demonstrated exceptional race awareness – and determination to exploit every points-scoring opportunity – when he interfered with Mercedes’ attempt to take the fastest lap bonus away from him in Sunday’s race.

Although Mercedes ultimately succeeded in depriving Red Bull of the bonus, it took them until the final lap to do so, and with a little luck Verstappen’s savvy might have been rewarded.

A first-corner crash and slow pit stop had left Valtteri Bottas languishing in 13th place. With no realistic hope of him scoring a point, Mercedes decided to use him to their advantage by giving him an extra pit stop for fresh tyres in order set the fastest lap. Although Bottas would finish outside the top 10 and not score the bonus point, the ploy would prevent Verstappen and Red Bull taking it.

However Bottas emerged from the pits in the mirrors of Verstappen, who was leading the race by almost 20 seconds from the other Mercedes of Lewis Hamilton. When Red Bull explained to their driver why a quick Mercedes had suddenly appeared in his mirrors, Verstappen realised he could interfere with Bottas’ attempt to claim the bonus point.

He backed off by almost four seconds, sacrificing a small portion of his lead, and delayed Bottas. All of this was completely legal, as Mercedes team principal Toto Wolff acknowledged.

“It was a bit of playing around,” he said. “Max was aware that Valtteri was going for quickest lap and he then slowed him down, which is absolutely on, you can do that.”

Bottas un-lapped himself from the Red Bull, at which point Verstappen speeded up again. He got close enough to Bottas that the Mercedes driver was automatically shown blue flags, which meant he had to slow down and let Verstappen lap him again.

As the transcript below shows, at no point did Red Bull tell Verstappen to do any of this. Indeed, they told him to increase his pace when he slowed to delay Bottas. He acted entirely on his own initiative.

“It certainly didn’t help our blood pressure on the pit wall,” said Red Bull team principal Christian Horner. “Obviously there was a little bit of playing around because Max was keen to retain the fastest lap, so therefore he was trying to use the blue flag to ensure that Valtteri gave way to him and that Mercedes pitted him out of the way. So we weren’t going to do the same with Max, obviously.

“It was a little bit of gamesmanship again, haggling over that final point, which we didn’t want to get too drawn into.”

Perhaps anticipating Verstappen’s retaliation, Mercedes had left enough time in hand to pit Bottas again, give him further fresh tyres, and find a suitable spot in the queue of traffic to bang in the fastest lap. This time he was able to use DRS as he overtook George Russell, and his lap of 1’17.774 on the final tour beat Verstappen’s benchmark by over a second.

The race winner praised Bottas after their skirmish. “I can understand, of course, they go for the fastest lap,” said Verstappen, who trusted his world championship rival’s team mate to avoid any funny business.

“We were side-by-side but it was all good. We lost a lot of time but it was alright, to be honest, for me. I know Valtteri, he’s a clean driver anyway and I never was in doubt that something would happen.”

Verstappen’s race engineer Gianpiero Lambiase complimented him on his tactics, saying “nice catch”. As the race ended Horner didn’t immediately realise Bottas had claimed the fastest lap back, and congratulated Verstappen on scoring the bonus before correcting himself.

But Verstappen’s shrewd move ensured that had his rival encountered more traffic or a yellow flag on the final lap, he and Red Bull would have kept a potentially crucial extra point.

Note: Bottas was two laps behind Verstappen after making his third pit stop.