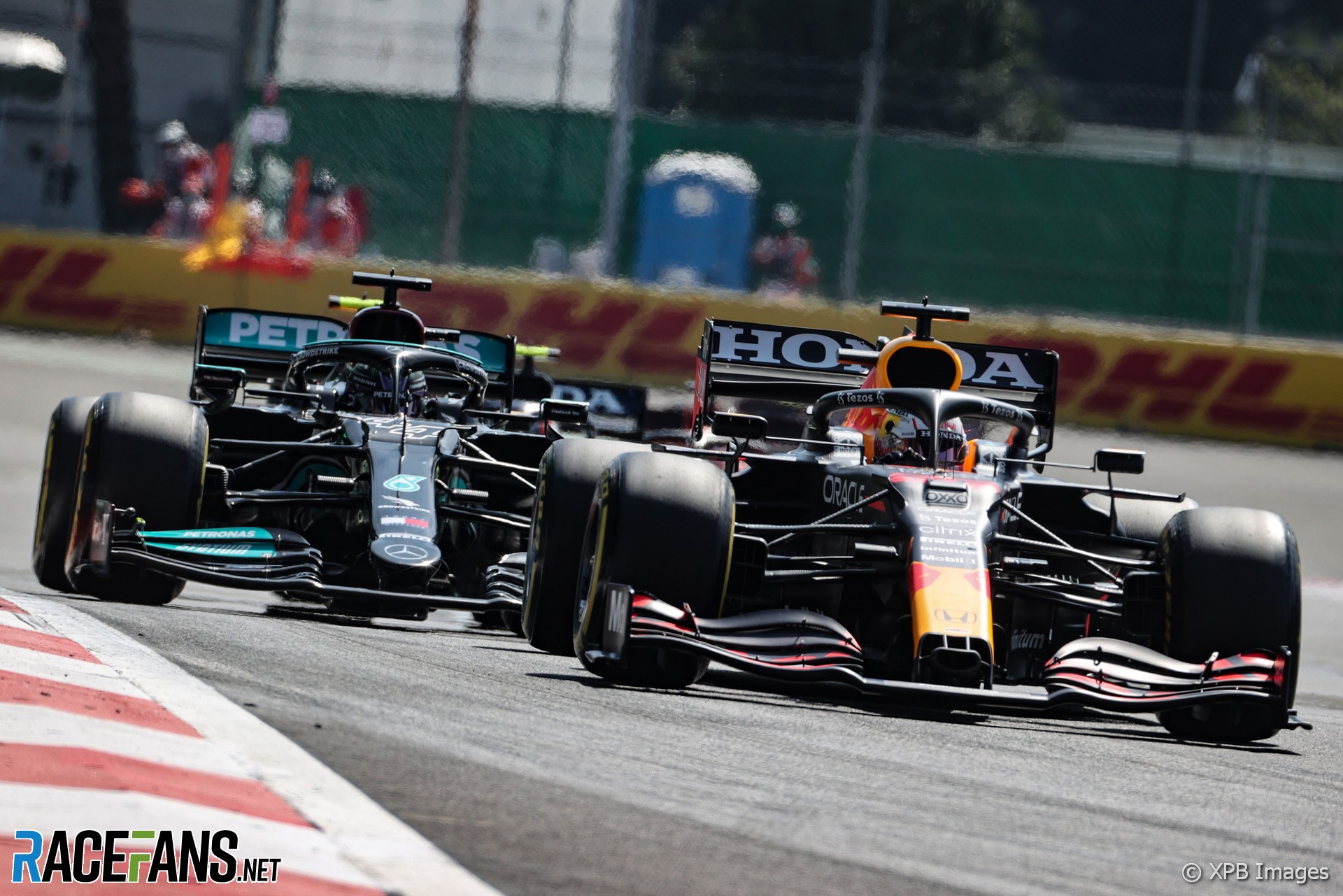 Lewis Hamilton fears for his championship chances if the performance advantage Red Bull demonstrated in Mexico continues over the remaining races.

With four rounds of the championship left, Hamilton has fallen 19 points behind Max Verstappen, who scored his ninth win from 18 races on Sunday. Verstappen took the chequered flag 16 seconds ahead of Hamilton, having backed off towards the end of the race.

Hamilton, who narrowly finished second ahead of Sergio Perez in the other Red Bull, admitted their rivals’ performance in the race was a cause for concern. “There’s still four races [but] obviously 19 points is a lot of points,” he said on Sunday. “He’s had a lot of wins this year.

“I think today with their superior speed, if they were to carry that into the next ones then we may be in trouble – or we will be in trouble.”

Mercedes previously struggled to compete with Red Bull when using the maximum downforce levels the teams ran in Mexico. Hamilton is hopeful this will be avoided over the final four races.

“I don’t know if they’ll be using that huge wing that they had on today,” he added. “Naturally we’ll find out when we get there but I hope we’re closer.”

Mercedes must start winning to overcome Verstappen’s lead in the points, said Hamilton. “I naturally feel I need to be winning every race, because we need those extra points, not to lose those points, to try and regain. That was the goal going into the last race and the race before that and before that and here this weekend.

“But they’re just too quick. So we’re giving it absolutely everything we’ve got but unfortunately it’s not enough at the moment to compete with them.”