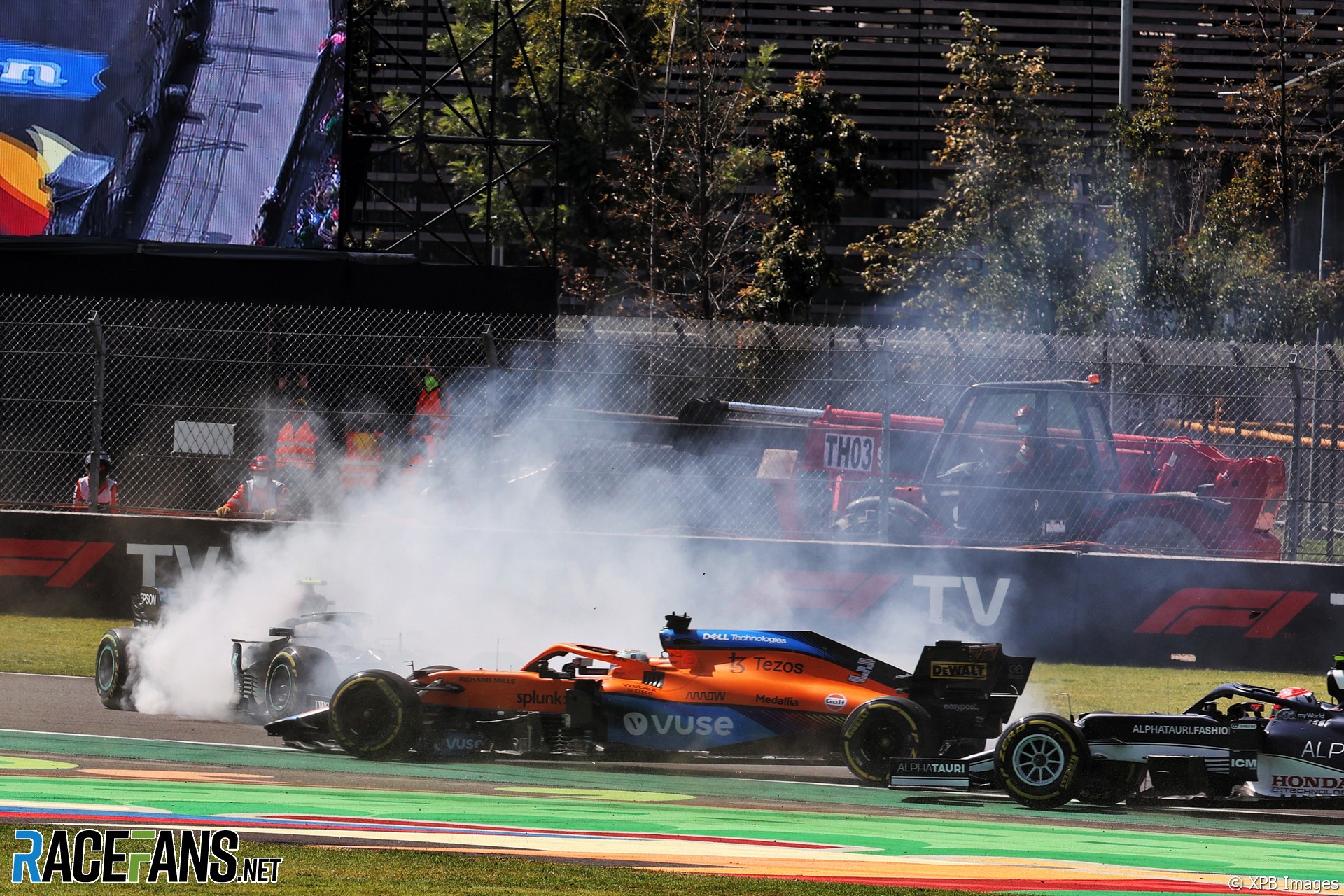 Daniel Ricciardo realised his first-corner misjudgement which sent Valtteri Bottas into a spin at the start of the Mexico City Grand Prix wasn’t as bad as he initially feared after watching a replay of the collision.

The McLaren driver sent Bottas into a spin when they touched at the apex of turn one. Ricciardo locked his right-front wheel before the pair made contact.

Both drivers had to pit and fell to the rear of the field. Ricciardo said he spent the rest of the race believing he had hit Bottas while his wheel was still locked.

“It was a pretty sad 70-odd laps because obviously when you have to pit on lap one you know that you need to get pretty lucky for the race to come back in your favour,” he explained after the race.

“I hadn’t seen a replay up until maybe a minute ago. My memory of turn one was I had a very good start and it was looking pretty good.

“I went to the inside of Perez. I do remember locking at one point and, replaying it in my head over the next 70 laps, I thought I locked and went up into Valtteri.”

Ricciardo said he was “kicking myself” until he watched a video replay of the collision. “It looked like I locked in the straight-line phase and then actually recovered before turning in, and it looked like there was just not enough room.

“Valtteri came across, probably expecting him to have a bit of clear track and then there was Perez and me. So I don’t really blame Valtteri.

“Obviously, I’m the one that hit him. But honestly, looking at the replay, I just think it’s a first-lap incident and a matter of maybe me being optimistic. But I feel that one of those gaps, if you don’t go for it, someone else will and then you’re going to get the short end of the straw.”

The stewards did not investigate the incident and no penalties were issued. Ricciardo admitted he was still “disappointed” how his race had turned out. “I’m still going to be hard on myself and I never want to ruin my race on lap one.

“But if it’s possible to feel any better, I feel slightly better after seeing the replay. And it was actually quite a small hit. But we know these cars don’t take much to damage.”