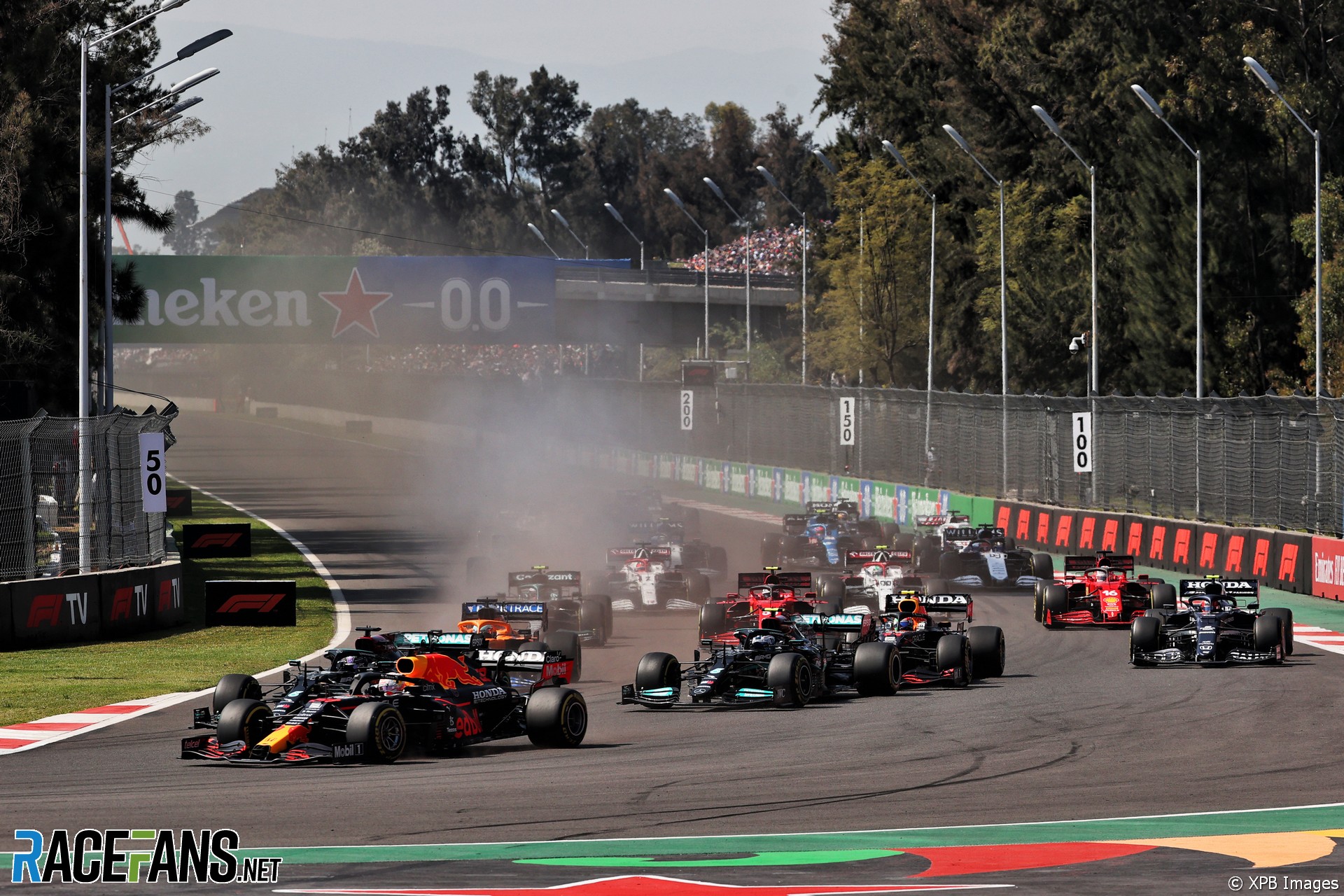 Max Verstappen won the Mexico City Grand Prix to extend his championship lead over Lewis Hamilton after storming past his rival at the start.

Verstappen’s victory never looked in doubt as he was able to pull comfortably clear of Hamilton over the 71 laps of the race. Sergio Perez finished third after he was unable to pass Hamilton despite a late charge.

At the start, the two Mercedes ran side-by-side down the long main straight, before Verstappen pulled alongside the pair of them to make it three-abreast on the run to the first corner. Verstappen swept around the outside of both to take the lead, but Valtteri Bottas was sent spinning after he was clipped by Daniel Ricciardo, costing him his front wing.

As the field behind tried to avoid the stricken Bottas, Esteban Ocon was caught in the middle between Yuki Tsunoda and Mick Schumacher, clipping the pair of them and causing terminal damage to both cars. The Safety Car was deployed in order for Tsunoda and Schumacher’s cars to be recovered, the AlphaTauri stranded at the apex of turn two.

At the restart, Verstappen was able to sprint out of the stadium section in the final sector and pull clear of Hamilton down the long main straight. The Red Bull driver began to steadily pull away from Hamilton, who struggled with overheating on his medium tyres.

As Perez began to slowly close on the Mercedes, Hamilton was called into the pits at the end of lap 29 to protect him from Red Bull attempting an early pit stop to jump his pursuer ahead. Verstappen was brought in shortly after, rejoining comfortably ahead of his rival, as Perez inherited the lead until his stop on lap 40, handing first place back to Verstappen.

Perez began to push to close the 10-second gap to Hamilton in second using the advantage of tyres that were 12 laps younger than the Mercedes. With 10 laps remaining, Perez was within a second of Hamilton, but unable to get close enough to attempt a move.

Verstappen comfortably checked off the remaining laps and took the chequered flag to extend his championship lead to 19 points. Despite Perez’s best efforts, Hamilton was able to successfully keep the Red Bull at bay over the final laps and hold onto second place.

Valtteri Bottas pitted late to move onto soft tyres and ensure that the bonus point for fastest lap would not be awarded to Red Bull.