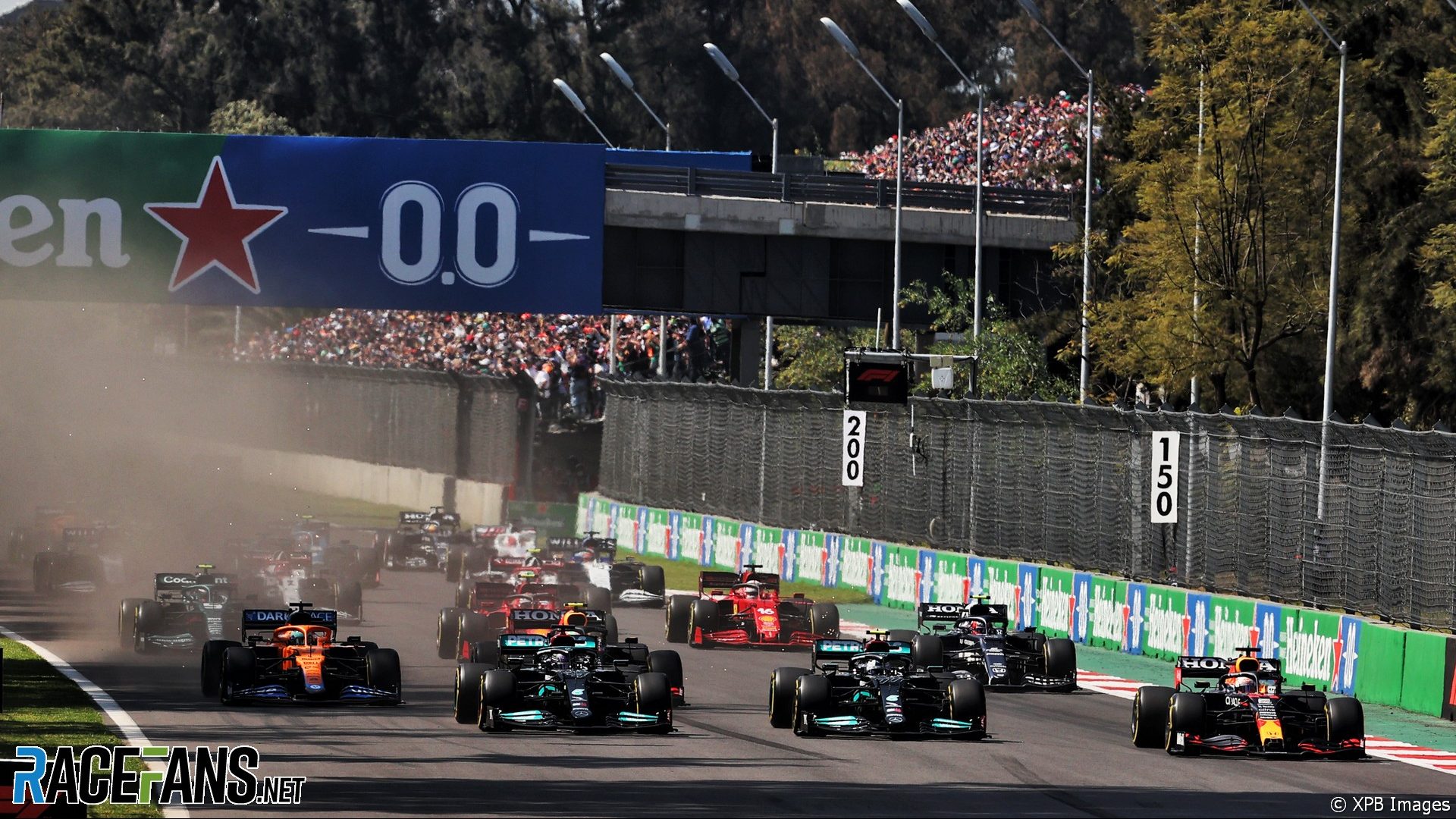 Mercedes team principal Toto Wolff was unimpressed Max Verstappen was able to sweep past both of the team’s cars at the start of the Mexico City Grand Prix.

The team claimed the front row of the grid for today’s race, but Verstappen was able to drive around the outside of the two W12s to take the lead. Wolff acknowledged Bottas, who started from pole position, left room for Verstappen to draw alongside on the racing line.

“That should not happen,” Wolff told Sky. “I think we had two cars in front and seemed to open up the seal for Max to come around the outside.”

Bottas was then knocked into a spin by Daniel Ricciardo which left him at the rear of the field. “The spin afterwards and a complete loss of points with Valtteri’s car, when that could have been a third or fourth place, is annoying to say the least,” Wolff added.

However Wolff does not believe Mercedes would have won the race if they had successfully contained Verstappen at the start.

“You have to congratulate Red Bull because the pace was just on another level. I don’t think we could have won the race, even if we would have stayed ahead in the first corner because they could have driven circles around us, around the pit stops.

“So at the end, I think for Lewis’ championship, it was damage limitation. As for the constructors, Valtteri spinning out turn one was just very painful.”

Red Bull showed strong pace in final practice on Saturday but unexpectedly slumped in qualifying, allowing Mercedes to claim the front row of the grid. Wolff said Red Bull’s race pace was even better than it looked in practice.

“I don’t know what they did wrong yesterday in qualifying and what went towards us, but that is the pace we’ve seen on Friday,” he said. “It’s worse than we had hoped. But you have to take it on the chin.”

34 comments on ““That should not happen”: Wolff unhappy Bottas let Verstappen by at start”