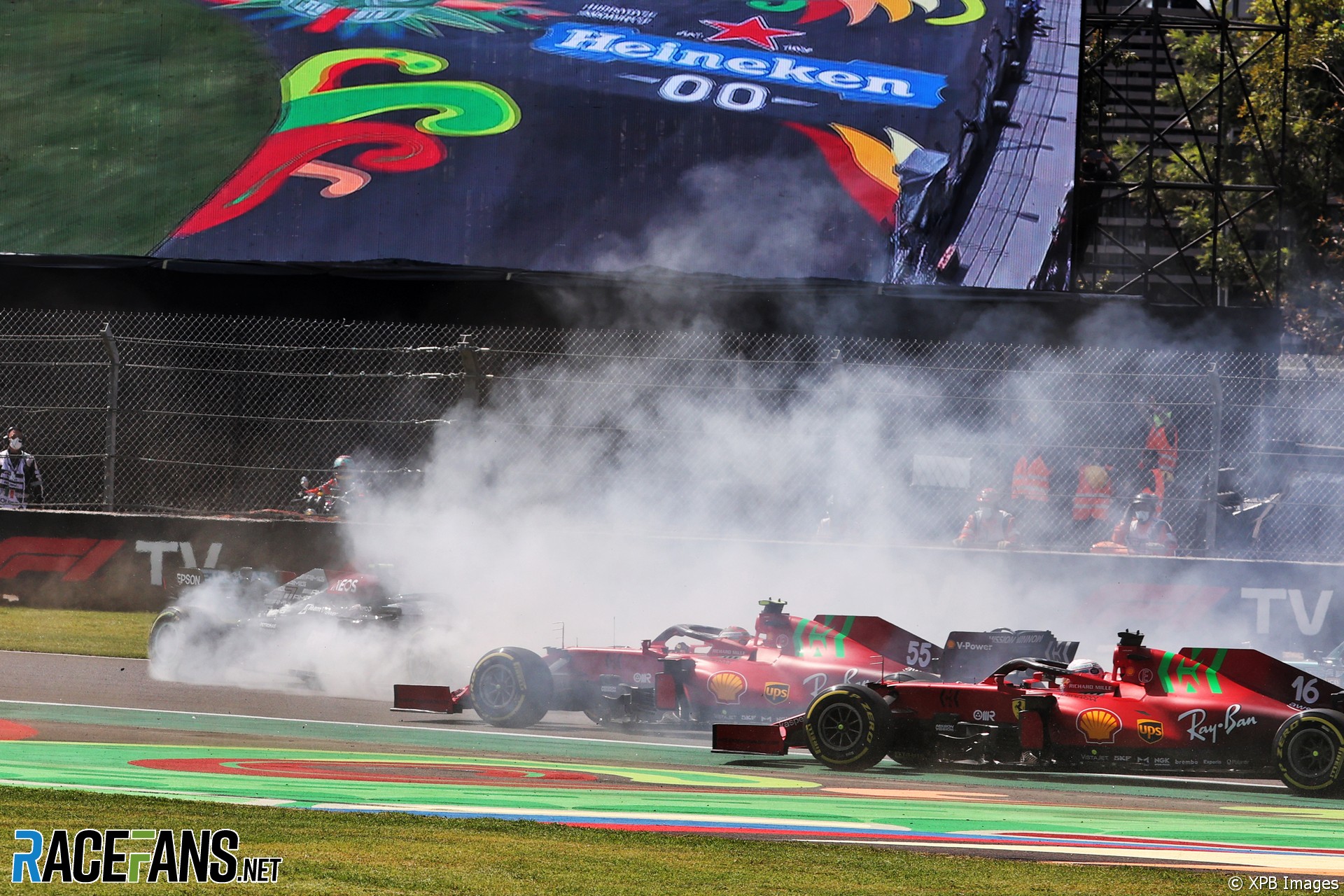 Daniel Ricciardo and Valtteri Bottas tangled at the start of the Mexico City Grand Prix but the stewards took no action. Was that the right call?

Bottas started the race from pole position but arrived at the first corner side-by-side with Max Verstappen and Lewis Hamilton. While they swept into turn one ahead of him, Bottas turned in third.

Ricciardo, who started seventh, approached the corner on the inside but locked his front-right wheel. As he turned into the corner he nudged Bottas, sending the Mercedes into a spin.

Both drivers continued in the race but two other drivers were eliminated in collisions which occured behind them. Esteban Ocon was hit by both Mick Schumacher and Yuki Tsunoda. The Alpine driver continued, but his two assailants retired on the spot with damage.

“Somebody hit me and caused me to spin,” said Bottas after he continued. “Can you see who hit me from further behind? Nothing I could do.”

Ricciardo said only that “I think I have damage.”

Sergio Perez, who took evasive action at the first corner, said: “Who was the idiot who crashed into Bottas? He nearly took me out as well.”

I had a good launch, so I had a slipstream and we were looking pretty good. I was alongside, I think, Perez into one.

And I locked [up] initially and then I collected it […] I locked before kind of the entry point, and then I gathered it up again. And I think it just looks like we’ve – obviously Valtteri has come to kind of close the apex and then hits me, I think Perez, and there’s basically not enough room for all of us. So it was actually a lot smaller hit than I thought.
Daniel Ricciardo

The incident in pictures

Did the stewards make the right call on Ricciardo? Cast your vote below and have your say in the comments.

Do you agree Daniel Ricciardo should have been penalised for his collision with Valtteri Bottas?

74 comments on “Should Ricciardo have been penalised for first-lap collision with Bottas?”