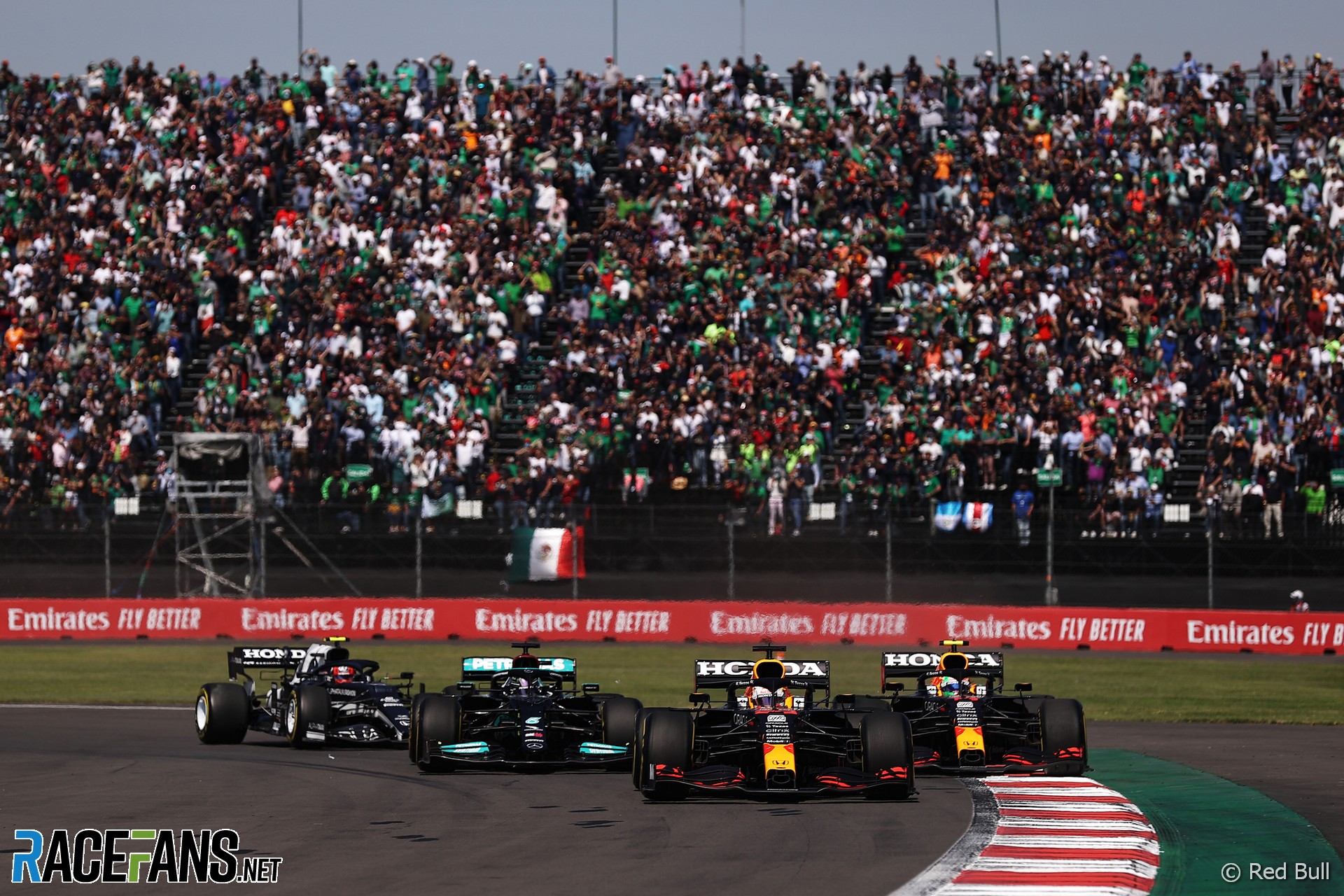 Lewis Hamilton said he was relieved to salvage second place against a pair of much quicker Red Bulls during the Mexico City Grand Prix.

Mercedes locked out the front row of the grid but Max Verstappen swept past Hamilton and team mate Valtteri Bottas at the start of the race.

Verstappen was able to cruise to the finish but still took the chequered flag 16 seconds ahead of his championship rival.

“Congratulations to Max,” said Hamilton after the race. “Their car is far superior this weekend and there’s nothing we really could do about it. I gave it absolutely everything.”

Hamilton spent the final laps of the race under sustained pressure from the second Red Bull of Sergio Perez. He held on to second place by little more than a second.

“Obviously a great fight with Sergio at the end,” he said. “I’m really grateful I was able to at least get a second.”

Perez wasn’t able to make an attempt to pass Hamilton, but was beginning to look for a way past as the race ended.

“The pressure, I’ve had that many times before, so it was easy just to hold on,” said Hamilton. “But it just shows how fast their car is when Sergio’s that close behind me and able to follow that closely.

“He did a great job, so he was applying that pressure and just kept going. But I really enjoyed the race, still.”