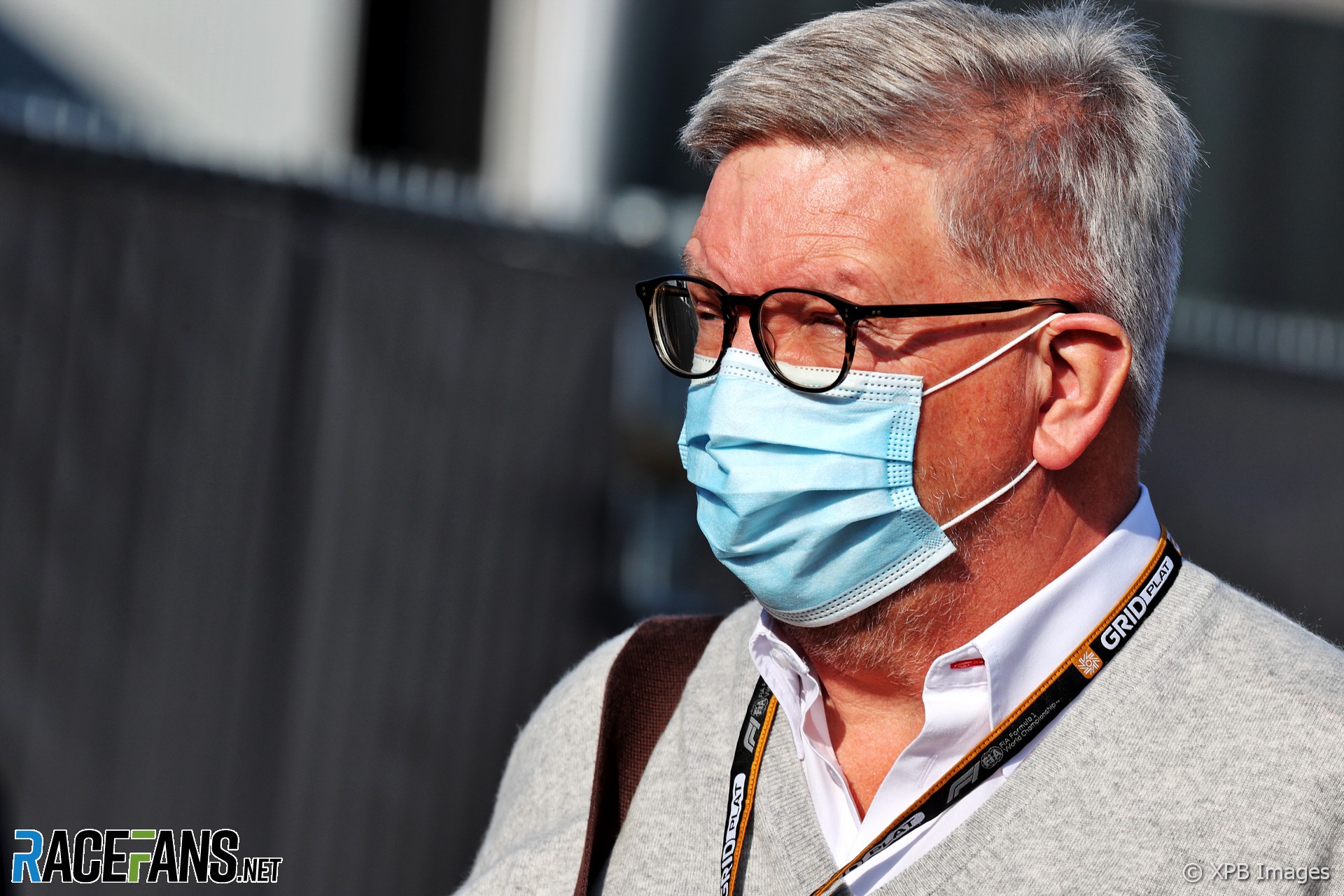 The series will run its third and final sprint qualifying event of this season at the Sao Paulo Grand Prix next week. It plans an expansion of the format to six events, with some modifications, for the 2022 F1 season.

A recent, F1-backed survey of over 167,000 fans revealed the split in public reaction to the new format. Asked whether they felt sprint qualifying had “improved the show”, 40% (two in five) agreed and 34% (more than one in three) disagreed.

However F1’s motorsport director Ross Brawn pointed out that even critics of the format had watched the additional races on Saturdays.

“The avid fans, our real, dedicated fans, have not been convinced yet, they’re indifferent,” he said. “They all watched it, by the way, they didn’t turn off. They were fascinated by [it].

“But the majority of our ‘normal’ fans and particularly our new fans were positive about the concept. They particularly liked the action on a Friday. They felt Friday was now worth watching which it hadn’t been before.”

Brawn said the positive response F1 has seen in its surveys to sprint qualifying was not reflected in the social media reaction.

“Given the millions of fans we have watch the event, then it’s true to say that the fans we have who are so engaged that they enter into social media comments are a relatively small percentage – an important percentage, don’t get me wrong – they’re the ones which I mentioned at the beginning, the avid fans who were a bit indifferent about it. We’ve had them say ‘yes’ and we’ve had them say ‘no’.

“But as you delve down into all the other surveys we do with ‘medium’ different fans and casual fans and all the rest of it, we get a very strong positive on this. So I think that’s the comment that Stefano was making. And I think, as I say, we all recognise that social media isn’t always the best perspective on the sport where we’ve got 14 million fans watching a race.”

However Brawn said the sport intends to proceed cautiously with the expansion of the format to six events next year. This is likely to include revisions such as making it a stand-alone race which awards more points.

“From a fan perspective we’ve had a good response,” he explained. “We look at the demographics and we seem to have engaged some more younger and casual audience with the sprint.”

“In terms of how dramatic we make a change […] we’re going to be relatively conservative in the step we make for next year. What we don’t want to do is lose it because we’ve been overambitious.

“We need to have enough content, enough engagement to make it worthwhile and we don’t want to spoil it by overstepping and people feeling it’s gone too far. Plus, we have the new cars next year, which in themselves are going to be quite a big story.”