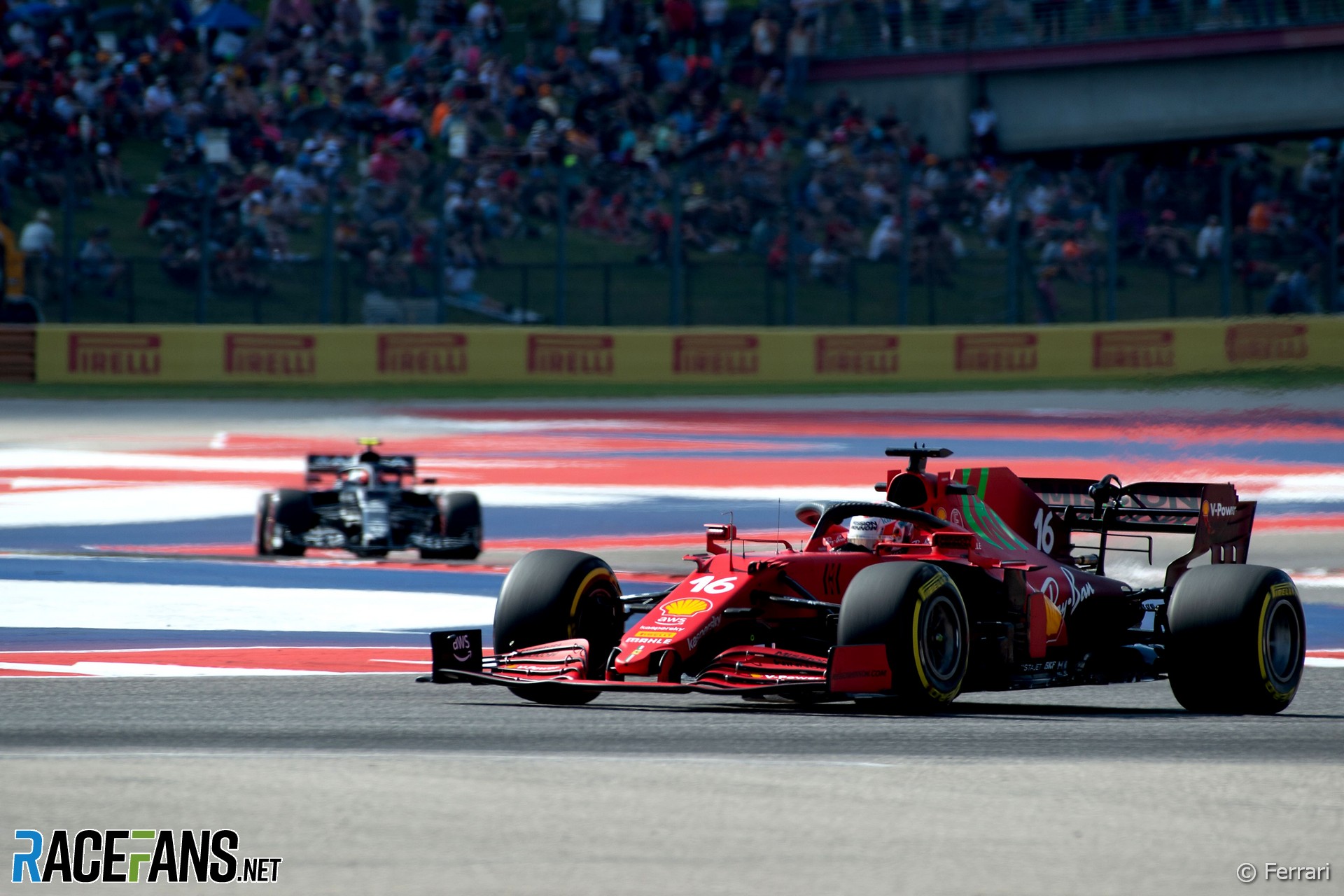 The bumps at the Circuit of the Americas are even worse than the teams expected before this weekend’s event, says Ferrari’s sporting director Laurent Mekies.

The circuit owners have repeatedly tried to ease the bumps which have developed at the venue since 2015. Further milling was done on the most badly affected sections after Moto GP riders complained about the surface during their event last month.

Mekies said the team’s drivers lacked confidence in their car’s handling during Friday’s practice sessions due to the surface.

“I think everybody started a bit on the back foot with the bumps,” he said. “Certainly we did with the high level of bumps on-track.

“We were all expecting it and we all have tried to anticipate it. But it’s one thing to think about it and try to anticipate, it is something else when you actually hit the track here. It was certainly making life for our drivers quite a bit more difficult than what we would have hoped.

“Therefore we worked during the day to try to see how we can restore some of the confidence that they were losing on these more difficult conditions. So that was a little bit of an additional factor compared to the standard Friday programme.”

F1 did not race at the Circuit of the Americas last year due to the Covid-19 pandemic. One of Ferrari’s cars retired during the last race in 2019 with a suspension problem linked to the bumps.

Mekies said the quality of the track surface has deteriorated since that race. “I think it’s worse than 2019, yes, by quite a large bit.

“Here there has always been some attention given to the bumps because they has always been a lot of work to be done on the track, to keep it as flat as possible. So we have had that in the past, I don’t think to that extent.

“So it was quite a lot more difficult today at least for us. But as I say, nothing that will stop the car from running, it’s just a new challenge that we have to deal with from a set-up perspective and from a driver perspective, more so for these guys.”

Charles Leclerc, who spun in the high-speed sequence of corners at the beginning of the lap where some bumps have developed, said the track surface changes “makes it makes it challenging for us.”

“It’s a very bumpy track so it is very tricky to be as precise as we normally are,” he said.