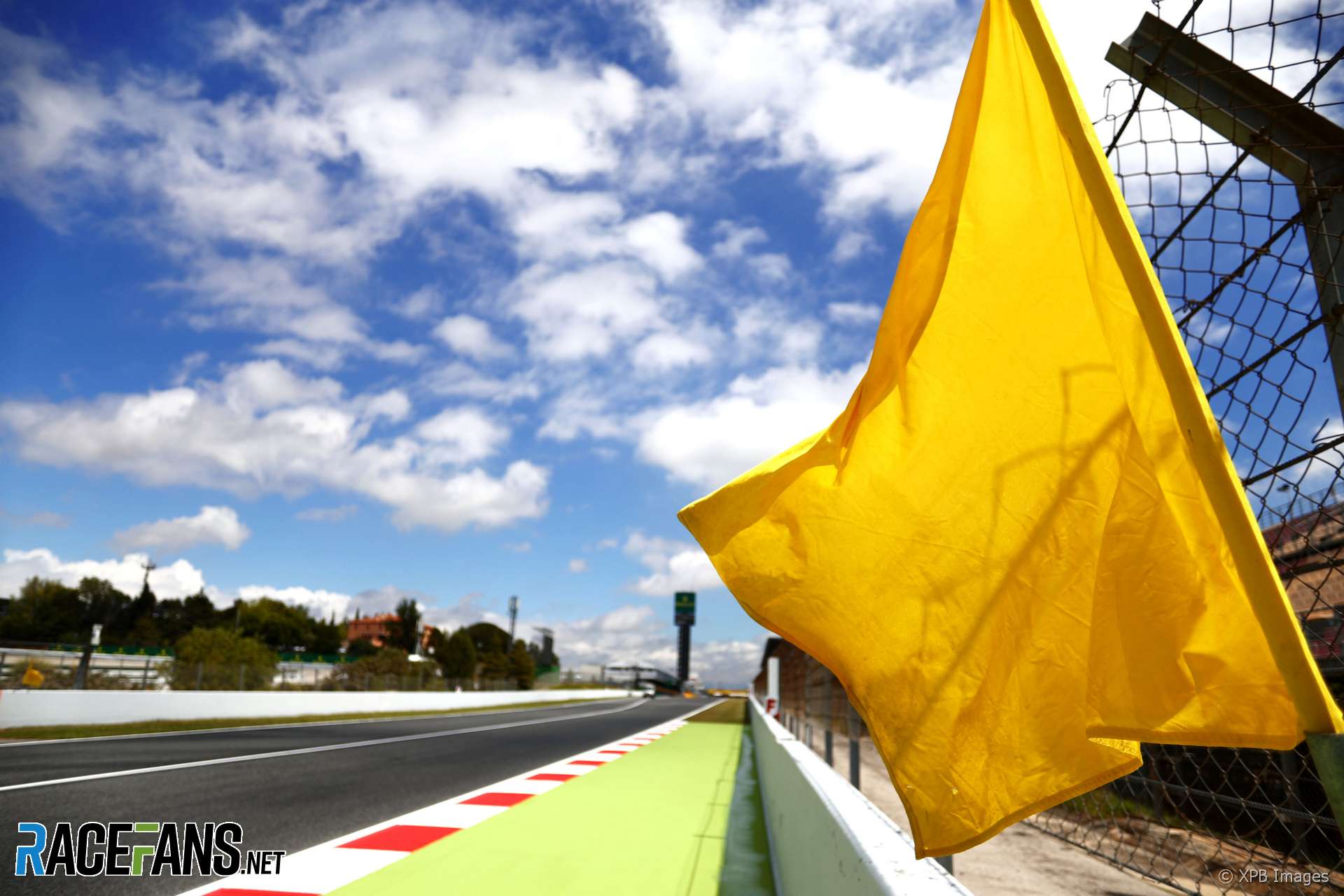 Formula 1 has changed how it will police violations of double waved yellow flags after Fernando Alonso was investigated and cleared over a potential incident during qualifying at the last round.

Some drivers questioned why Alonso avoided a penalty after he passed double waved yellow flags at the start of his first lap in Q1 and went on to complete his lap with a time quick enough to provisionally take third place. Among those who questioned why Alonso did not receive a penalty was Lance Stroll, who slowed by over 15 seconds more than the Alpine driver after passing the same yellow flags.

Ahead of this weekend’s race F1 has revised its instructions to drivers on how they should react to double waved yellow flags. It now states drivers will have their lap times deleted.

“Any driver passing through a double waved yellow marshalling sector must reduce speed significantly and be prepared to change direction or stop,” drivers have been told. “In order for the stewards to be satisfied that any such driver has complied with these requirements it must be clear that he has not
attempted to set a meaningful lap time, for practical purposes any driver in a double yellow sector
will have that lap time deleted.”

The instruction that the driver “should abandon the lap” has been removed.

FIA F1 race director Michael Masi said following the last race that deleting lap times “could be a solution” to avoid confusion over how much drivers need to slow down by.

“There’s probably a little bit of tweaking of wording that we can do,” he said. “It’s been one of those that’s been as it has been for quite a while.

“There’s some refining that we can probably do to make it clearer for everyone,” Masi added.