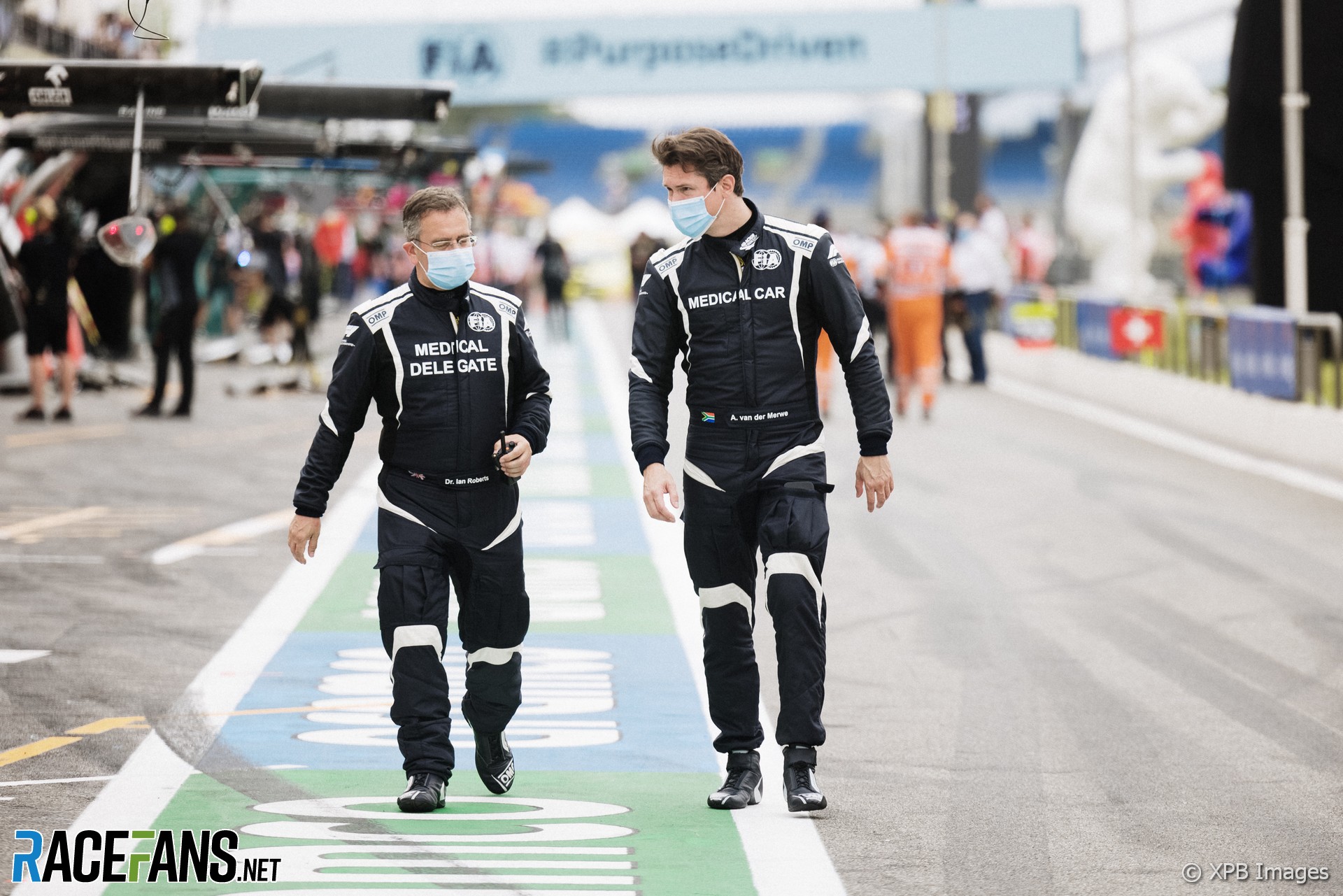 Formula 1 has changed its Medical Car team for this weekend’s Turkish Grand Prix after its regular pair tested positive for Covid-19.

Medical Car driver Alan van der Merwe and FIA F1 medical rescue co-ordinator and deputy medical delegate Dr Ian Roberts tested positive for Covid-19 prior to travelling to Turkey, the FIA confirmed to RaceFans. The pair are self-isolating and will not attend this weekend’s grand prix at Istanbul Park.

Correia, 43, has been Formula E’s Safety Car driver since the series began in 2014. He drove the BMW i8 Safety Car and later the Mini Electric Pacesetter which replaced it this year.

Prior to that Correia was the Safety Car driver for the World Touring Car Championship and European Touring Car Cup. During his racing career he competed in the Portuguese Formula Ford series and Spanish Formula Renault.

Bernd Maylander will continue to drive the Safety Car as usual at the Turkish Grand Prix.