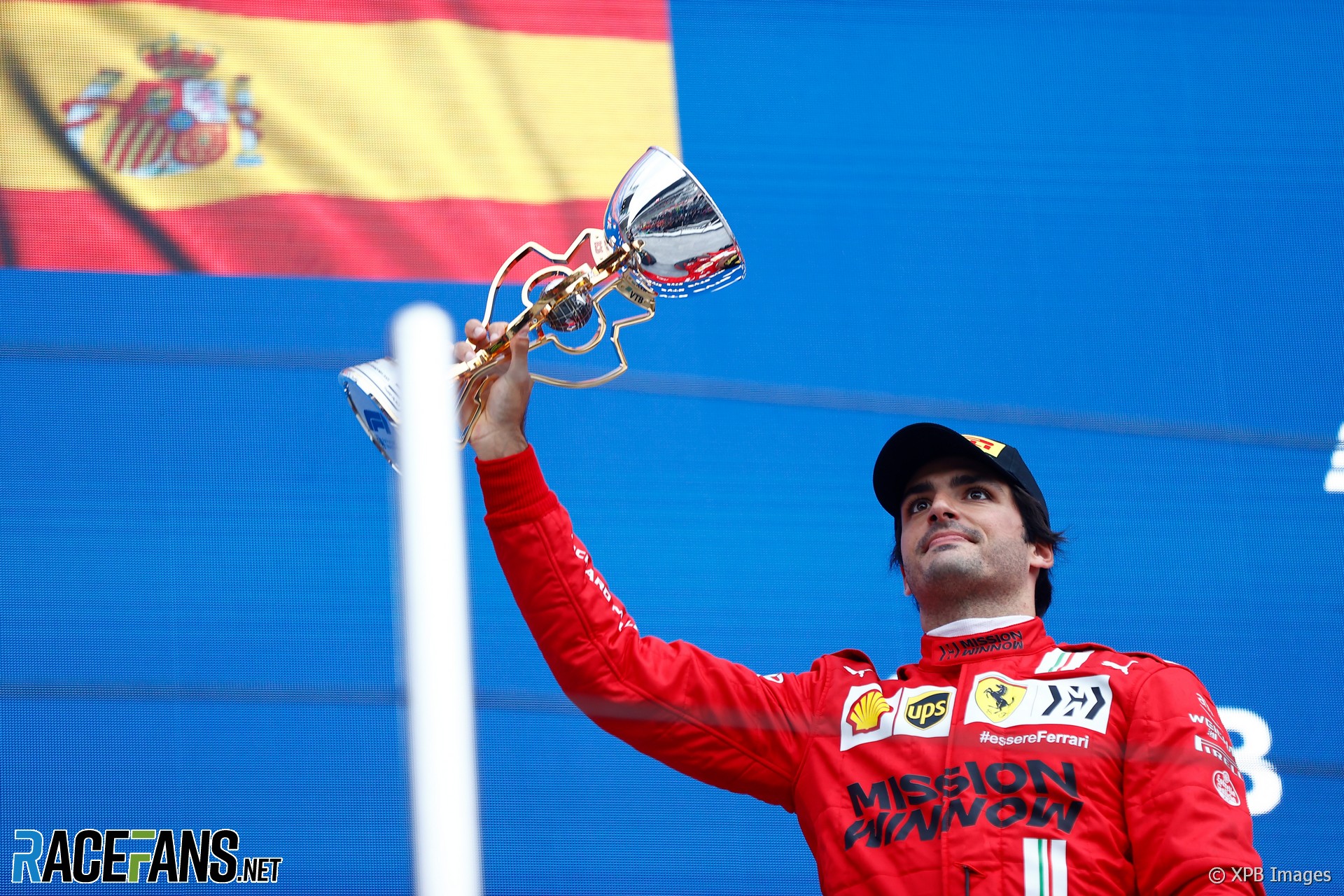 In the round-up: Carlos Sainz Jnr admitted he still doesn’t feel entirely comfortable in his Ferrari despite scoring his third top-three finish for the team in Sochi.

Crashes show I’m not at home in car yet – Sainz

After the first 15 races of his first season with Ferrari, Sainz leads team mate Charles Leclerc by 8.5 points in the championship. However he says a series is crashes in recent races have occured because he still isn’t entirely comfortable in the SF21.

“We’ve used opportunities to score those three podiums. But I guess you have seen it from the outside that I’m not still 100 percent at home with a car.”

Sainz said his recent crashes are atypical for him. “I’ve never crashed in my career, I’m a driver that never puts it in the wall and for some reason that there’s been a few crashes that shows that I still don’t fully understand 100 understand the car.”

In Sochi, where he qualified on the front row and took third place, Sainz said he “made a conscious effort also to take it step-by-step through free practice and quali, and being fast really when I need to be fast instead of being fast straightaway in FP1.”

“It has worked well,” he believes. “It has given me a good confidence and I’ve been quick all weekend and I’ve been feeling at home.”

IndyCar’s junior categories concluded one week after the main series, in Mid-Ohio. Kyle Kirkwood clinched the Indy Lights title in the final race despite finishing outside of the top two places for the first time since June. Fifth for Andretti driver Kirkwood secured the title ahead of his HMD rival David Malukas, who came in second behind Linus Lundqvist as the curtain fell on a series which did not run in 2020 due to the pandemic.

During the same weekend Christian Rasmussen wrapped up the Indy Pro 2000 title and Kiko Porto put the USF2000 crown out of his rivals’ reach with a race to spare.

Champions. What a year. pic.twitter.com/Kkc0wHr6BV

"The Pandora Papers show (Jacques Villeneuve) had offshore companies set up in zero-tax jurisdictions from the start of his career, back in 1992. They were set up to receive racing and endorsement income."

The new Ricciardo has arrived (Man of Many)

"You’re getting thrown into a whole new environment, new people, so you’ve got to try to quickly build very strong relationships. You’re trying to not only learn the new car, but also figure out how to drive it fast. That is the biggest challenge and that win confirmed that I found it."

Is Formula 1 at risk of over-reacting to the washed-out Belgian Grand Prix?

I’m not sure there actually needs to be a “solution” to wet weather running.

The conditions at spa were extremely rare, where there was persistent heavy rain coupled with almost no wind. It was the lack of wind that was a huge part of the problem, because wind is needed to disperse water thrown up by the tyres.

Why are we so fixated on a situation that in recent years has happened only once? Surely with the massive number of races per year as single washout once in a blue mood is not really going to be an issue.

Another example of trying to fix a problem that isn’t a problem. Certainly allow for earlier start times, but that’s about all that is required.
DB-C90 (@Dbradock)