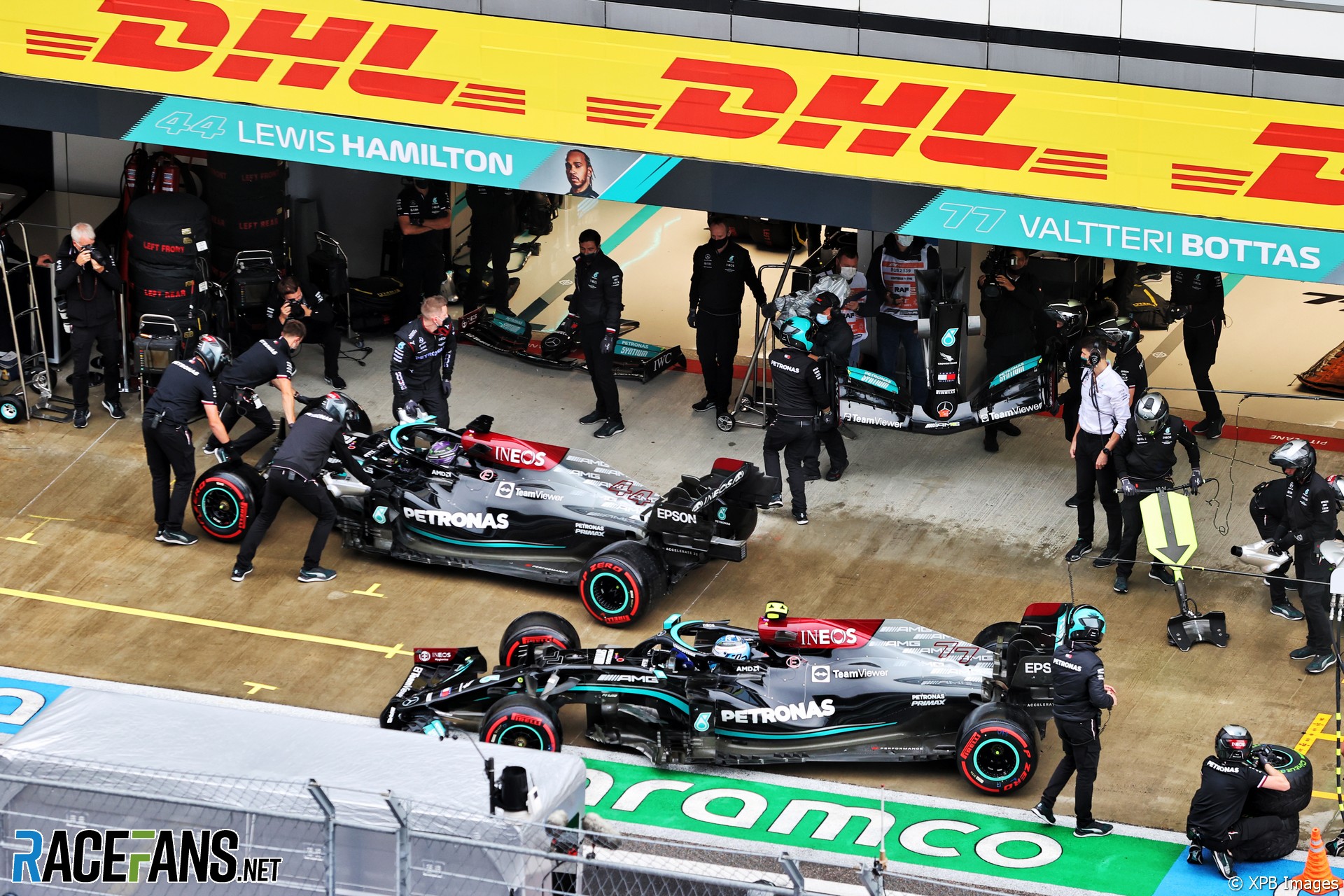 Mercedes team principal Toto Wolff admits the team has missed clear points-scoring opportunities in recent races, despite its improved position in both championships.

Lewis Hamilton re-took the lead of the drivers championship at the Russian Grand Prix and now leads Max Verstappen by two points. Mercedes has a 33-point lead over Red Bull in the constructors championship.

However Mercedes has only won one of the last five races, and was expected to score more highly at Sochi and Monza, which have been among its strongest venues in previous seasons.

“There is a few loose ends and it’s not only this weekend, but also the last the last weekend,” admitted Wolff after Sunday’s race. “In a way, we are not maximising on our point-scoring.”

Having set the pace in practice and the first stages of qualifying in Sochi, the Mercedes pair only qualified fourth and seventh. Hamilton hit the pit wall at a crucial moment during Q3, losing time and delaying team mate Valtteri Bottas. As a result Mercedes took the opportunity to replace Bottas’ power unit before the race, meaning he started 16th, from where he struggled to make progress.

“I think quali was always decisive,” Wolff reflected. “Valtteri going back, we knew it was difficult.

“We ended up with the first and fifth, that is very good, no doubt about that and it’s Lewis’ 100th victory. But Max recovered pretty spectacular form and that is not good for the championship.

“So in a nutshell, we just need to continue to be really aggressive in how we approach the season. Not be defensive, but just move forward in order to score these big points, because neither us nor the others are really good at maximising the points at the moment.”

The team was on course to finish second and 14th until a rain shower hit in the final laps. Without that Wolff is uncertain whether Hamilton would have been able to pass Lando Norris to win.

“It’s difficult to say because Lewis was stuck behind Ricciardo at the beginning of the race, although we had DRS. So I think it would have been difficult to pass.

“They had a fast car today and it was well managed from his side. I think they had a bit of a fuel worry, it seemed, and then when he picked up the pace, he was very quick.”

44 comments on “Mercedes have left too many points on the table, admits Wolff”