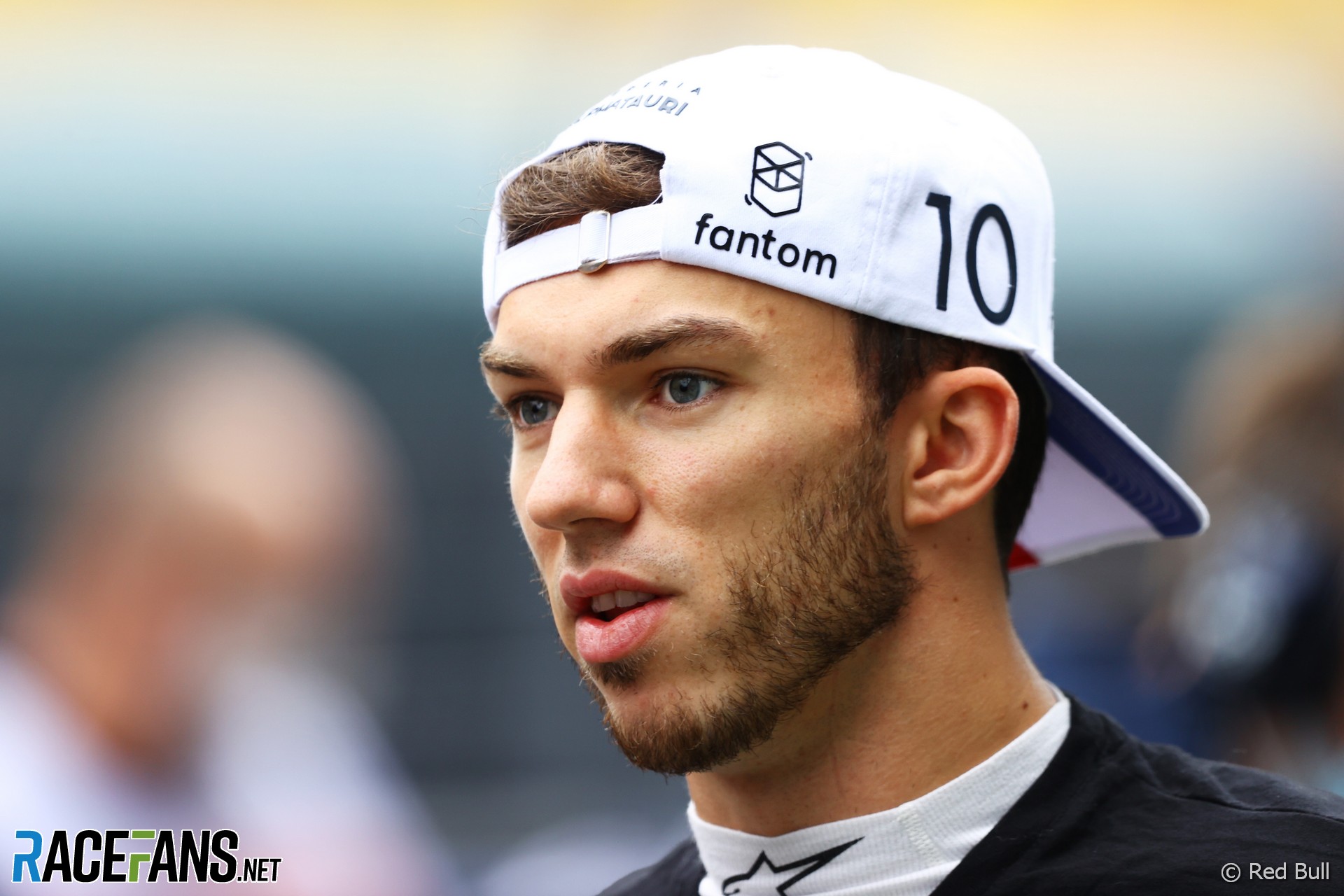 A disappointed Pierre Gasly said AlphaTauri deserved their second point-less result in a row at the Russian Grand Prix.

Gasly pounded his Halo and steering wheel in frustration after he failed to make the cut for Q3 on Saturday. He had lost time behind George Russell earlier in the session and missed out on a place in the final 10 after the team decided against pitting him for a fresh set of tyres.

In the race, AlphaTauri initially left Gasly on slick tyres when rain fell in the final laps. Other drivers he was racing with pitted for intermediates benefited and went on to score points. Gasly was hit by Lance Stroll and finished 13th.

“We did all the first stint in front of Bottas, second stint we come right behind Bottas and then the rain comes, they boxed him and then we stayed out and basically they finished P5 and then we finished out of the points,” Gasly summed up. “We were not on track with the right tyres, but apparently we didn’t expect more rain and there was more rain, so it was unfortunate and we’ll revise how to improve our weather forecast

Reflecting on his weekend on Sunday evening Gasly said “it’s questionable how we do things, because I know we have a very small group of people in the team and unfortunately this weekend we got it wrong yesterday and again today.

“We left big points on the table. There was Bottas and Kimi [Raikkonen] right in front of us that boxed and everybody boxed and we stayed two or three more laps out and they finished fifth and eighth and we finished 13th. So it’s clearly something that we didn’t maximise.

“It’s a shame because honestly, the car was once more competitive and we can’t allow ourselves to make such mistakes if we want to fight for fifth in the championship.”

Prior to the previous round at Monza, AlphaTauri was the only team to have scored points in every race this year. Gasly said the team were clearly quick enough to get a result at both tracks.

“In Monza we qualified sixth. Again in practice we were third and sixth on Friday, we had very strong pace on inters. When I see the last lap, we’re a full second faster than everybody on inters so the pace was again there.

“For all of us we need to just work more and understand how to capitalise on such opportunities. It’s a tough one to take because there was clearly better to do, but hopefully it can be good for the rest of the year.”