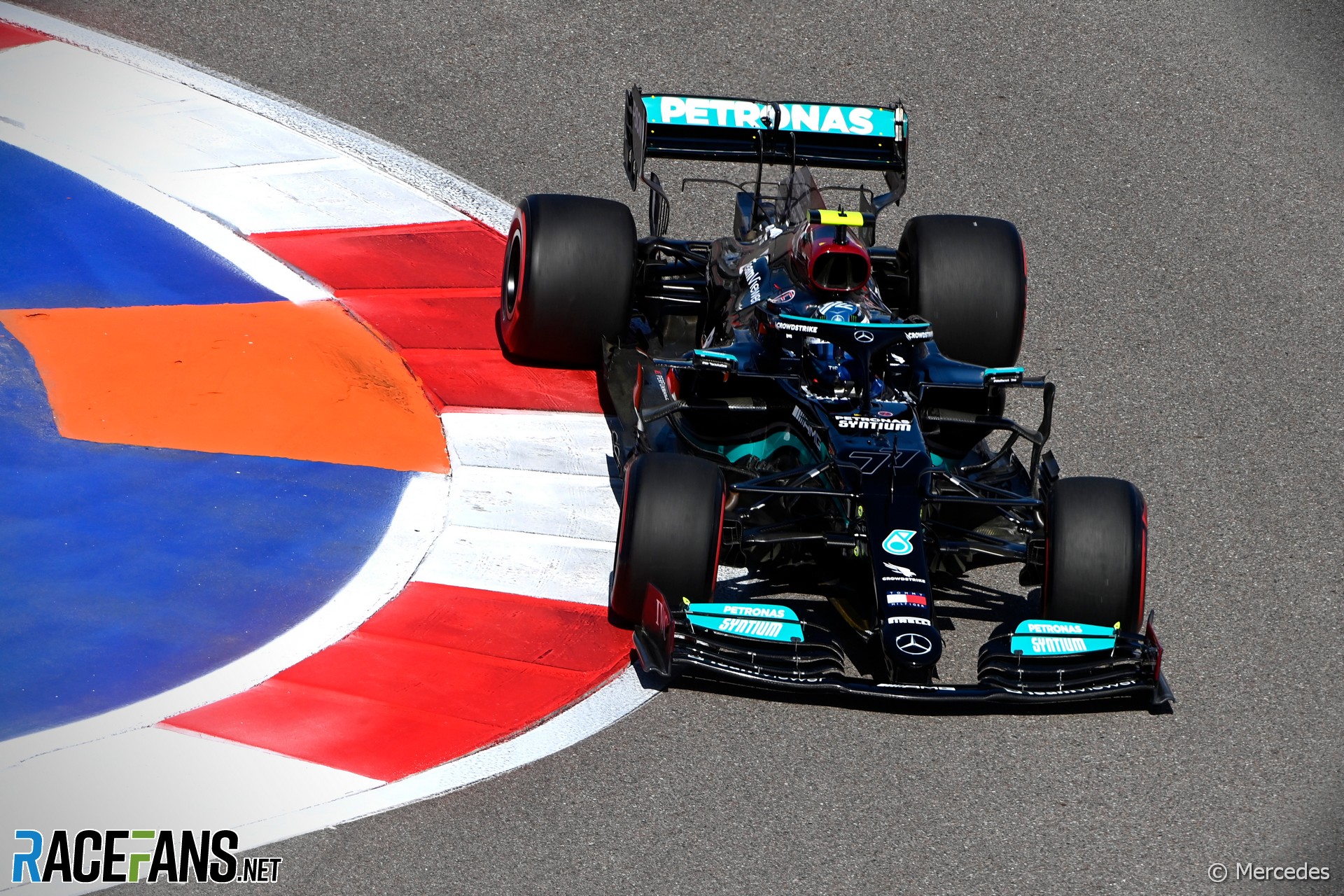 Mercedes has changed several power unit parts in Valtteri Bottas’ car for the second race weekend in a row, meaning he will take a penalty and start towards the rear of the field.

Bottas will start the Russian Grand Prix with a new engine, turbocharger and MGU-H fitted to his car. As this is the second time he has exceeded the maximum number of power unit components he receives a five-place penalty for each change, adding up to a total of 15 places. Had he exceeded a 15-place grid drop he would have automatically had to start from the back of the grid, as Max Verstappen and others are doing.

Mercedes said they are “taking the tactical opportunity to put another [power unit] in the pool with [Valtteri Bottas].”

The change places Bottas close to his team mate’s championship rival Max Verstappen on the grid. Bottas will start ahead of Verstappen, who has a three-place grid drop from the previous race as well as the penalty for changing his power unit.

Bottas originally qualified seventh for today’s race at the Sochi Autodrom. Verstappen took last place on the grid having chosen not to set a representative time during the qualifying session.

The penalty for Bottas will leave him 17th on the grid ahead of Nicholas Latifi and Charles Leclerc – who also changed their power units – and Verstappen. His relegation will promote Lance Stroll ao seventh place and move Verstappen’s Red Bull team mate Sergio Perez onto the fourth row of the grid in eighth position.