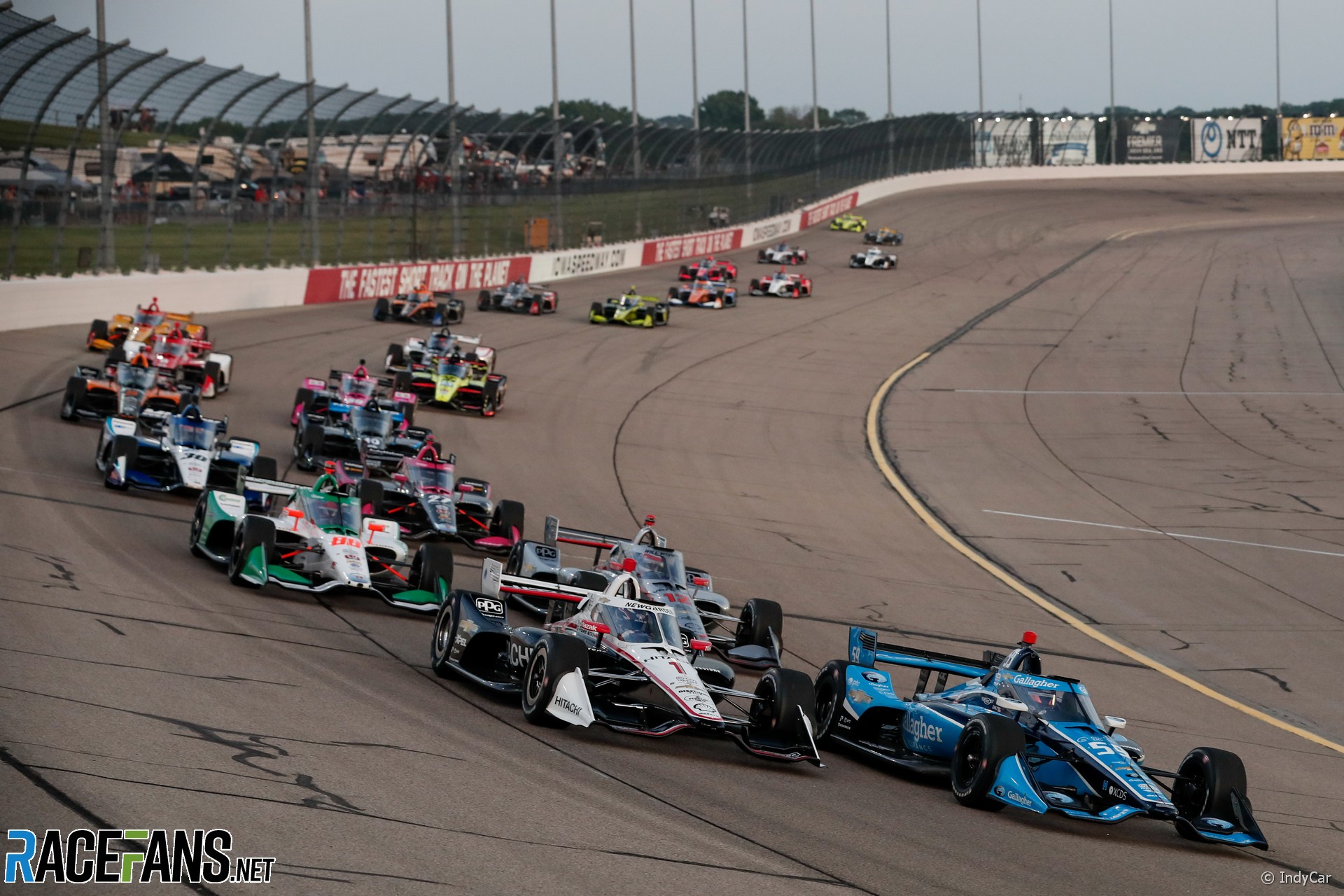 The 17 race schedule for the 2022 IndyCar Series was officially announced in a press conference on Sunday morning, confirming the return of Iowa Speedway and the street race at Exhibition Place in Toronto – as well as the earliest start to a season in 18 years.

The season will begin in February – for the first time in 2004 – on the streets of St. Petersburg, Florida. The series’ annual visit to Texas Motor Speedway has been moved forward, to 20 March. The 1.5 mile superspeedway oval, which held two races in 2021, will go back to a single 600-kilometre race for 2022. Afterwards, the Grand Prix of Long Beach returns to its traditional spring calendar placement for the third round on 10 April, and then Barber Motorsports Park in Alabama will host the fourth round, on 1 May.

The month of May at Indianapolis Motor Speedway will once again feature the spring race around the IMS road course on 15 May, and the crown jewel of the series, the 106th running of the Indianapolis 500, takes place on 29 May.

Immediately after the Indianapolis 500, the series heads to Belle Isle Raceway in Detroit on 5 June. But unlike the double header format of recent years, the Detroit Grand Prix will consist of just one race in 2022. Following that, the series moves to Road America in Wisconsin, on 12 June.

Following a two week break, a dense second half of the season begins on 3 July at Mid-Ohio Sports Car Course. The Indy Toronto, which has been omitted from the 2020 and 2021 seasons due to the long-lasting effects of the COVID-19 pandemic, returns to the IndyCar calendar on 17 July. The following week, the series returns to Iowa for a previously confirmed double header, consisting of a 250 lap race on 23 July, and a 300 lap race on 24 July. The series’ second visit to the Indianapolis road course will take place on 30 July, again sharing the weekend with the NASCAR Cup series during their “Brickyard” event. The streets of Nashville, Tennessee will host the second Music City Grand Prix on 7 August.

“This is an excellent schedule for the 2022 IndyCar Series championship,” said Mark Miles, the President and CEO of Penske Entertainment Corporation. “This calendar provides a level of balance between temporary street circuits, road courses and ovals, and that variety and required versatility from our drivers are important, distinguishing attributes of IndyCar Series racing.

“The continuity among our events and the growth in the number of teams showcase our strong positioning and continued momentum.”