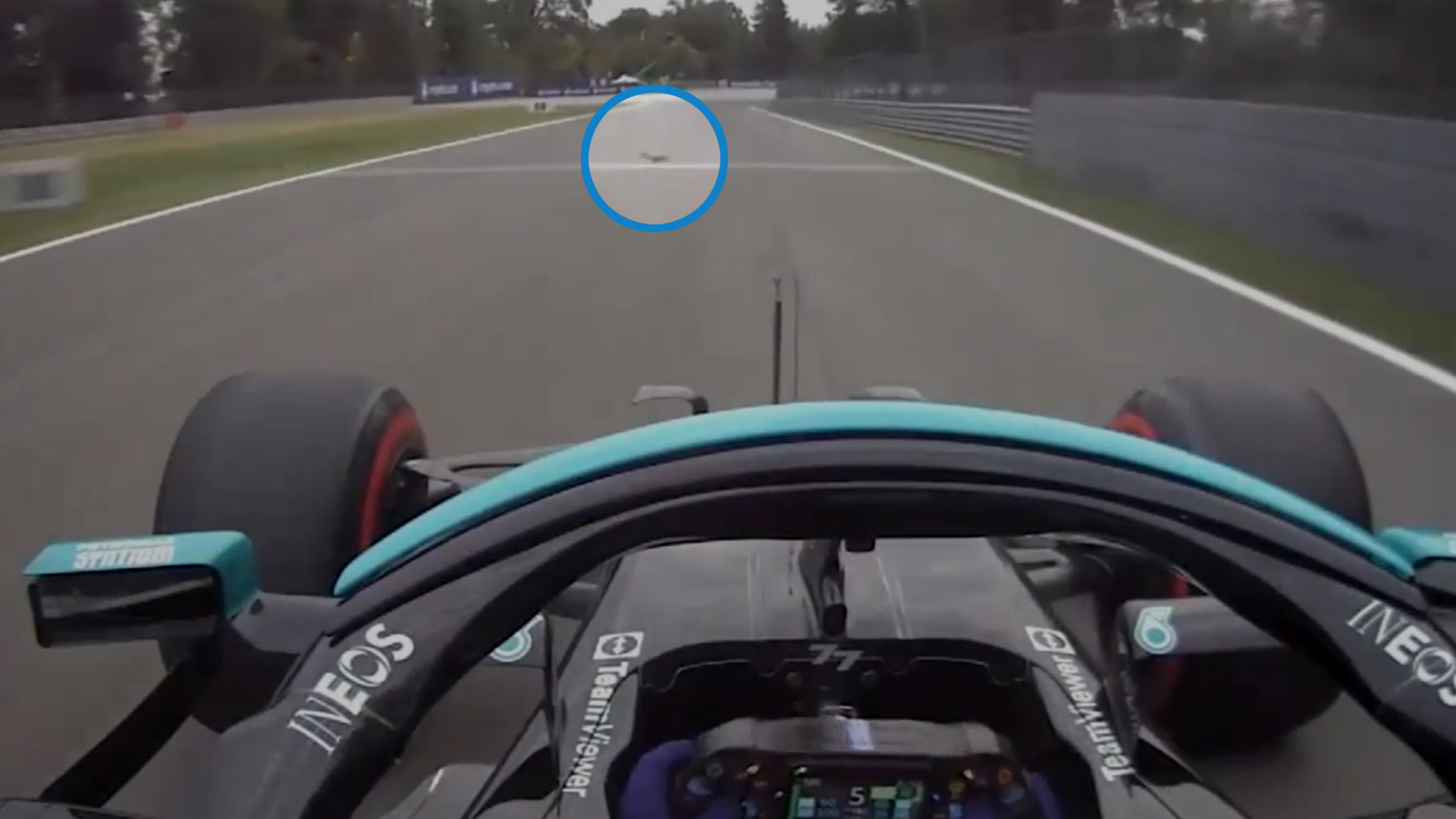 Valtteri Bottas revealed he ran over a squirrel on his way to taking pole position for tomorrow’s sprint qualifying race at Monza.

The Mercedes driver was on an out-lap towards the end of Q2 at the time. He pulled to the right and overtook Antonio Giovinazzi as they came out of Lesmo One.

As Bottas was about to return to the racing line he encountered the squirrel which was running from the left-hand side of the track to the right. The Mercedes driver reacted, jinxing left towards Giovinazzi, but appeared to strike the squirrel with his right-front wheel.

“I just ran over a squirrel, unfortunately,” he informed race engineer Riccardo Musconi. There was no obvious indication of any damage to his car from video footage of the session, though Bottas did not improve his time on the subsequent lap.

“So when I come in, I hit the squirrel with the front-right tyre so the right-hand-side of the car, have a look,” said Bottas on his in-lap.

Nicholas Latifi also had a close encounter with the wildlife at the Monza circuit, which is situated in a park. The Williams driver took avoiding action when he came across a hare close to the same point on the track, at the exit of Lesmo Two.

Bottas went on to set the quickest time in Q3 and lead a one-two for Mercedes.