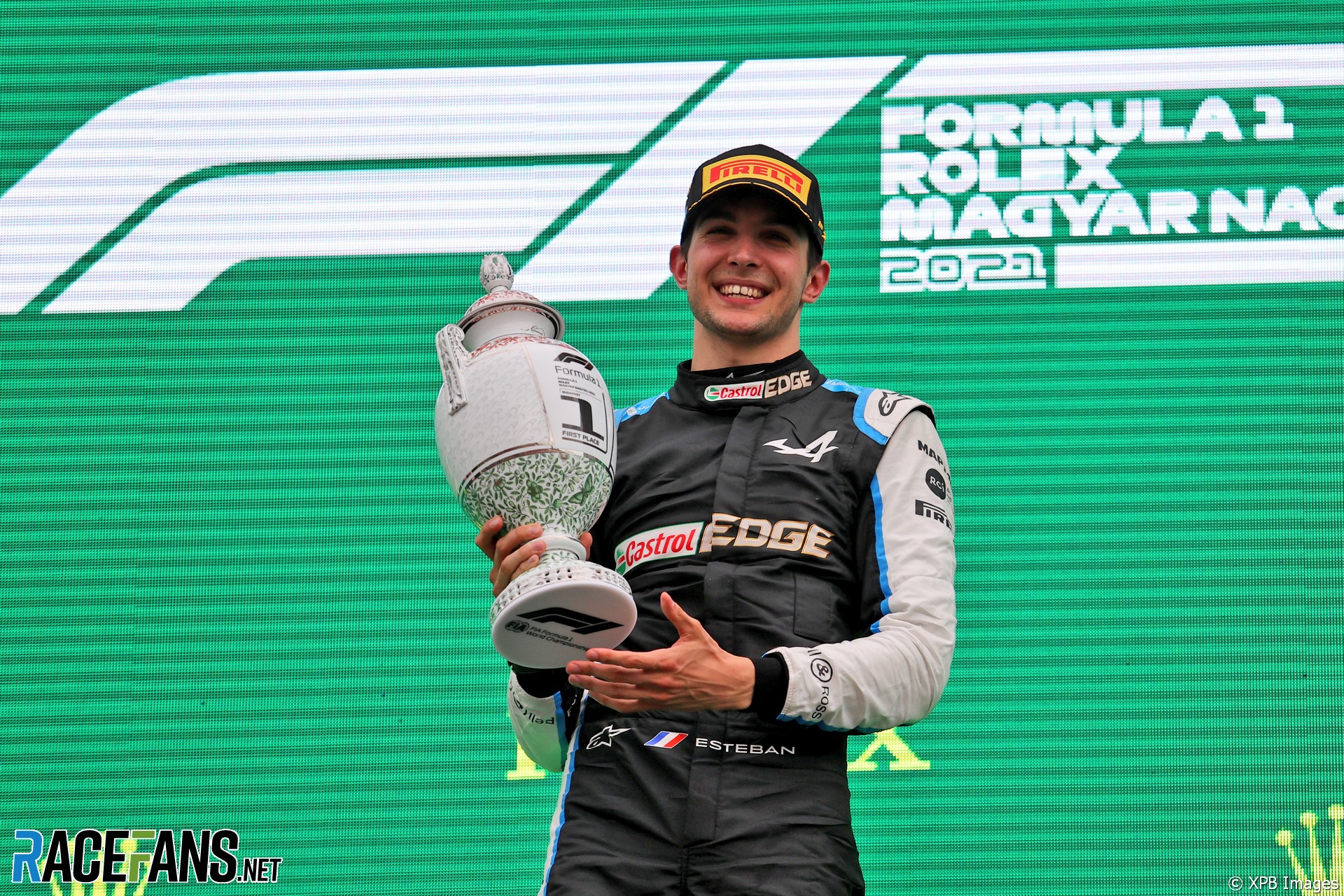 The Alpine driver took his maiden F1 win after leading almost the entire race. It made him the second French driver to win a race this century, after Pierre Gasly’s triumph at Monza last year.

Panis was the last French race winner prior to Gasly, while Alesi scored his sole victory in the 1995 Canadian Grand Prix.

“I have received a very nice message from from Jean Alesi, that was awesome,” said Ocon. “I enjoyed receiving his message, that was pretty cool.

“I saw Olivier Panis, as well, in Le Mans coming to congratulate me. In person it’s even better, obviously, to do it.”

Ocon said he spent three days catching up on messages after his breakthrough triumph at the Hungaroring and was still replying several weeks later.

“It couldn’t happen in a better moment,” Ocon reflected. “Definitely, to have the break after, it was excellent.

“I had long talks with the team after the trophy came back to the factory, we could celebrate a little bit with the team by video conference. Obviously, that’s how it’s working nowadays.

“But everybody won. Every single member took took a picture with the trophy and I could see those pictures. So that was that was mega.”

He also found time to celebrate with his parents, who supported his early career despite coming from relatively modest backgrounds. “I came back to the family home, saw everybody, we had a nice dinner to celebrate and then just relaxed during the holidays. It’s been an awesome time. I was very, very pleased with that.”

Not all the celebrations, however, were so restrained. Ocon said he stayed up all night with his team, following the victory. “We did a good celebration with the whole team – still in our bubble, respecting the Covid rules.

“But we had a good party in town and I took the plane with no sleep. So it was a pretty tough Monday, but it was totally worth it. And if that happens again, I’m happy to do everything over again.”

Ocon said the victory was a step on his – and his team’s – journey towards bigger goals, showing how far both have come. “It means a lot. It’s a part of the dream coming true.

“Obviously, what I want to achieve is to be a world champion one day but that comes by winning races. I’ve won one, which is a great achievement already. But I want some more.

“It’s been 20 years of work to to arrive here and be winning that race. But what it means is also that we are ready to take opportunities when it when it comes. We’ve done that last year in Bahrain, for example, when the opportunities are there. But we still need to work hard to be able to to position ourselves to to be regularly fighting for those places.”