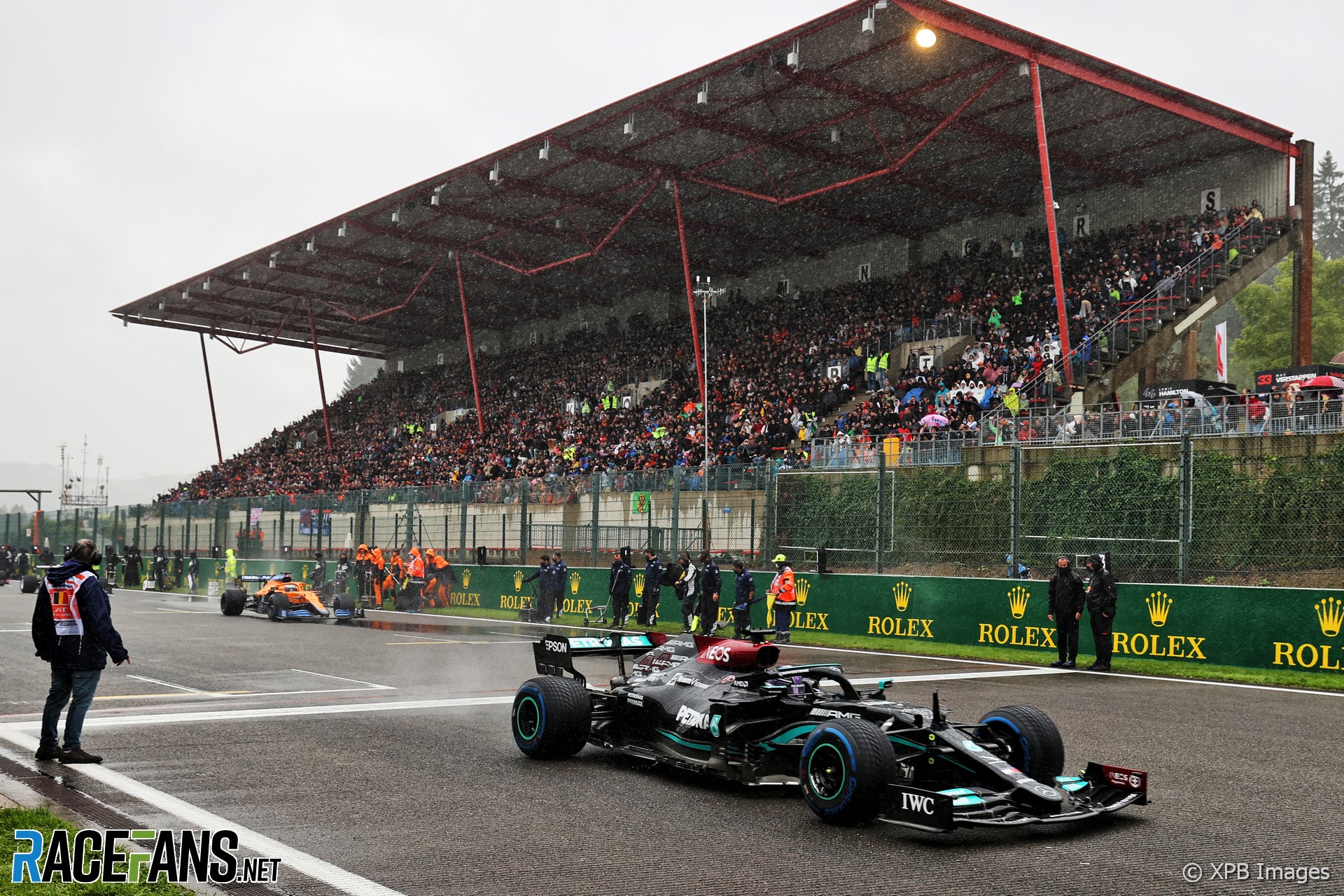 Lewis Hamilton is offering a special gift to fans who attended last weekend’s Belgian Grand Prix, where heavy rain prevented any racing from going ahead.

The Mercedes driver shared a post on his Instagram profile from fan account Lhamiltoncrew promising “something very special” for “all the fans who attended Spa”. Fans who provide “proof of purchase” of tickets to the race will receive “an exclusive gift from Lewis”.

Hamilton strongly criticised Formula 1’s handling of last week’s race, where half-points were awarded after just three laps were run behind the Safety Car. He called the race a “farce” and said fans who purchased tickets deserved refunds.

Formula 1 confirmed on Wednesday it was considering “options for ticket holders” to recognise the lack of action they saw at Spa-Francorchamps.

Mercedes team principal Toto Wolff said a decision on any form of compensation or similar for fans was a matter for Formula 1 CEO Stefano Domenicali and the Spa race promoter.

“Stefano and the promoter are looking at that situation,” he said. “It’s something that is a matter for the organisers.

“Certainly we are all in the boat together and if it costs Stefano, it costs the teams, so we would be indirectly donating anyway. But I think this can be resolved between [the] commercial rights holder and promoter and we are not part of this conference.”