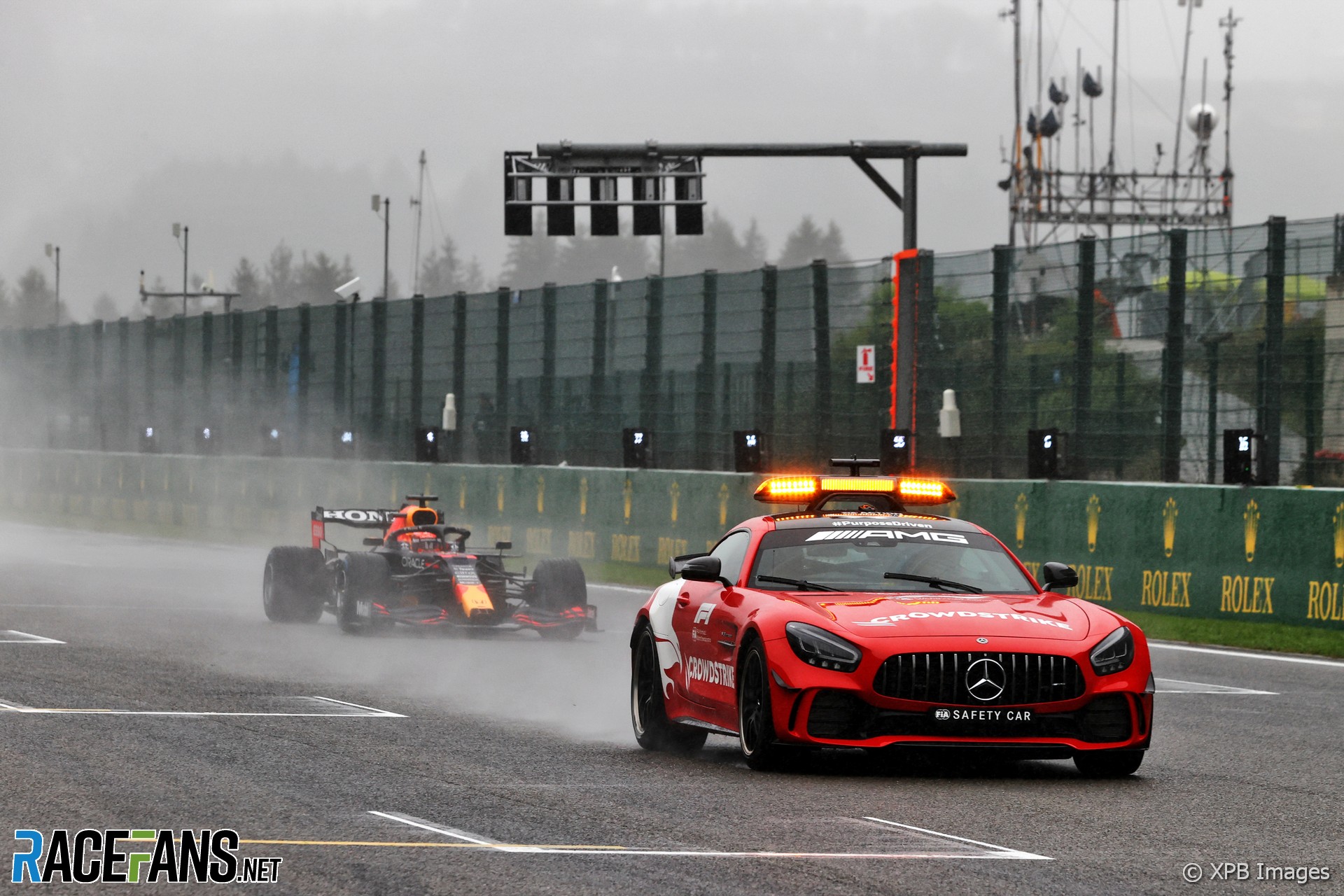 He admitted he was puzzled by the decision to award half championship points after the rain-hit and drastically shortened race. Drivers completed three laps behind the Safety Car and results were determined based on the first of the three.

“I think we need to look at the rulebook because I honestly haven’t found out why this rule is in place, that after two laps of racing half points are awarded,” said Steiner. “I have no idea where this comes from and I don’t know how long it is in for.

“Once I get time, I’ll try to find out because there must have been a reason why this was put in. Maybe times have moved on and we just didn’t change it.”

Steiner said the sport must find a way to handle similar situations better in the future, though he doubts they will happen often.

“I saw the fans which stuck with it and I think they have been great. They wanted a race, we all wanted a race and in the end nobody did anything which was malicious, everybody tried to do a race and it was just not possible. We put the best effort in and then it ended badly.

“So we just need to find the solution [to] how do we deal with this one better next time when it comes around. It will come around maybe in 10, 20 years, maybe some of us will not be working F1 anymore, but it will come again. There will be a weekend where there will be three days of rain, that will happen again.”

Alfa Romeo issued a statement criticising Formula 1’s handling of the stoppage. Steiner spoke with rival team principal Frederic Vasseur after the race. “He was, in general, pretty upset at how it happened.

“Fred is a racer, obviously to lose this many points to Williams, they could still have fought for eighth place but now I think it is going to be very difficult for them. So I’m sure that they’re not happy about that one.

“But as much as Fred explained it to me, he was not only upset about that one, he was also upset about generally what happened on the weekend.”

However Steiner denied reports elsewhere claiming a formal meeting involving teams had already been called to discuss the Spa episode.

“Obviously we all speak and I don’t want to say who and what we spoke about. But I would just say that there is a lot of things going on in the moment to – I say now avoid, you never can avoid a weather situation we are not this strong to do that – but that we find a better solution next time it happens.

“But there was no big meeting. Anything, as the president said, will be discussed in the next F1 Commission meeting in October.”