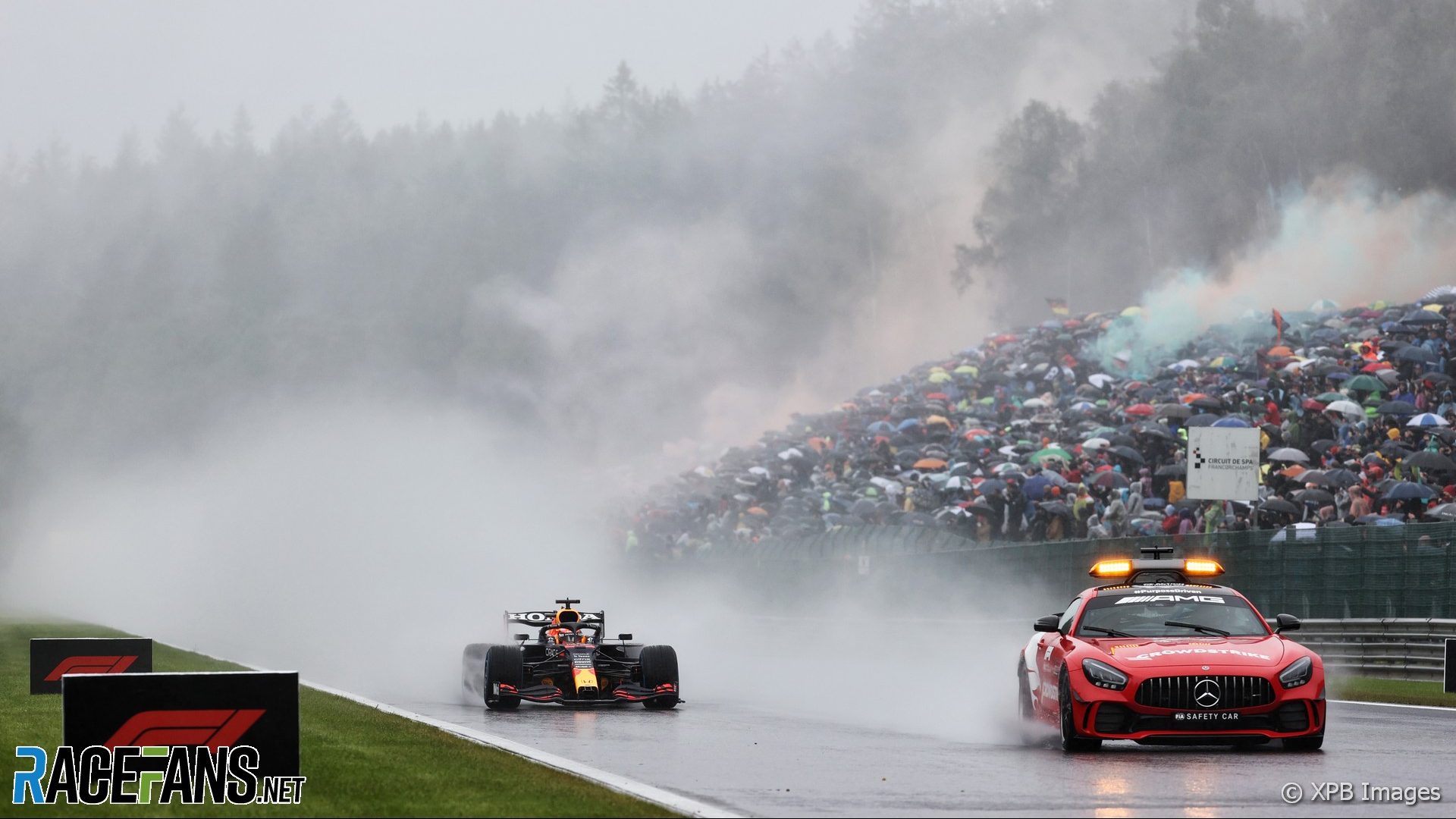 The championship’s annual visit to Spa-Francorchamps was a washout. Just three laps of running were completed, all of which took place behind the Safety Car.

Under Formula 1’s rules, the final race classification was taken based on a single lap of running. However the FIA determined the race met the minimum criteria for half-points to be awarded, which is more than two laps being completed, as winner Max Verstappen had crossed the finishing line three times.

The decision to award points was especially contentious as the race only officially began after a delay of several hours when the cars were sent out in an unsuccessful attempt to achieve some green flag running. Some claimed this was done solely to give a justification for awarding some points, despite no racing having taken place.

Other FIA-run world championships, such as the World Endurance Championship, do not award points if no green flag racing laps have been completed. Yesterday FIA president Jean Todt confirmed that following F1’s controversial race its rules will be reappraised, including the mechanism by which points were awarded.

But was it right to give points to drivers after last weekend’s highly unusual event in any case?

The order drivers started the race in wasn’t arrived at by chance, it was decided by a conventional qualifying session. It’s not uncommon for Formula 1 race results to bear a close resemblance to the qualifying order, such as at Monaco, and this was little different to that.

The reward for performing well in qualifying is a good starting position for the race – but no race took place. Had drivers completed 30 laps of flat-out racing, and then a storm rolled in which stopped the race, they would have scored the same amount of points, which is nonsense.

Even drivers who took relatively substantial points hauls last weekend – such as Sebastian Vettel, who achieved his third-highest individual score of the season – were not happy that a brief tour behind the Safety Car counted towards the championship. That’s good enough for me.

But the inconsistency compared to other series grates even more. If the World Endurance Championship has the sense to understand that you can’t have cars plodding around behind the Safety Car for a few laps and pretend that’s a race, F1 should too.

Should points have been awarded for last weekend’s one-lap Belgian Grand Prix? Cast your vote below and have your say in the comments.

Do you agree F1 should have awarded points for the 2021 Belgian Grand Prix?

53 comments on “Should F1 have awarded points for its one-lap Belgian Grand Prix?”