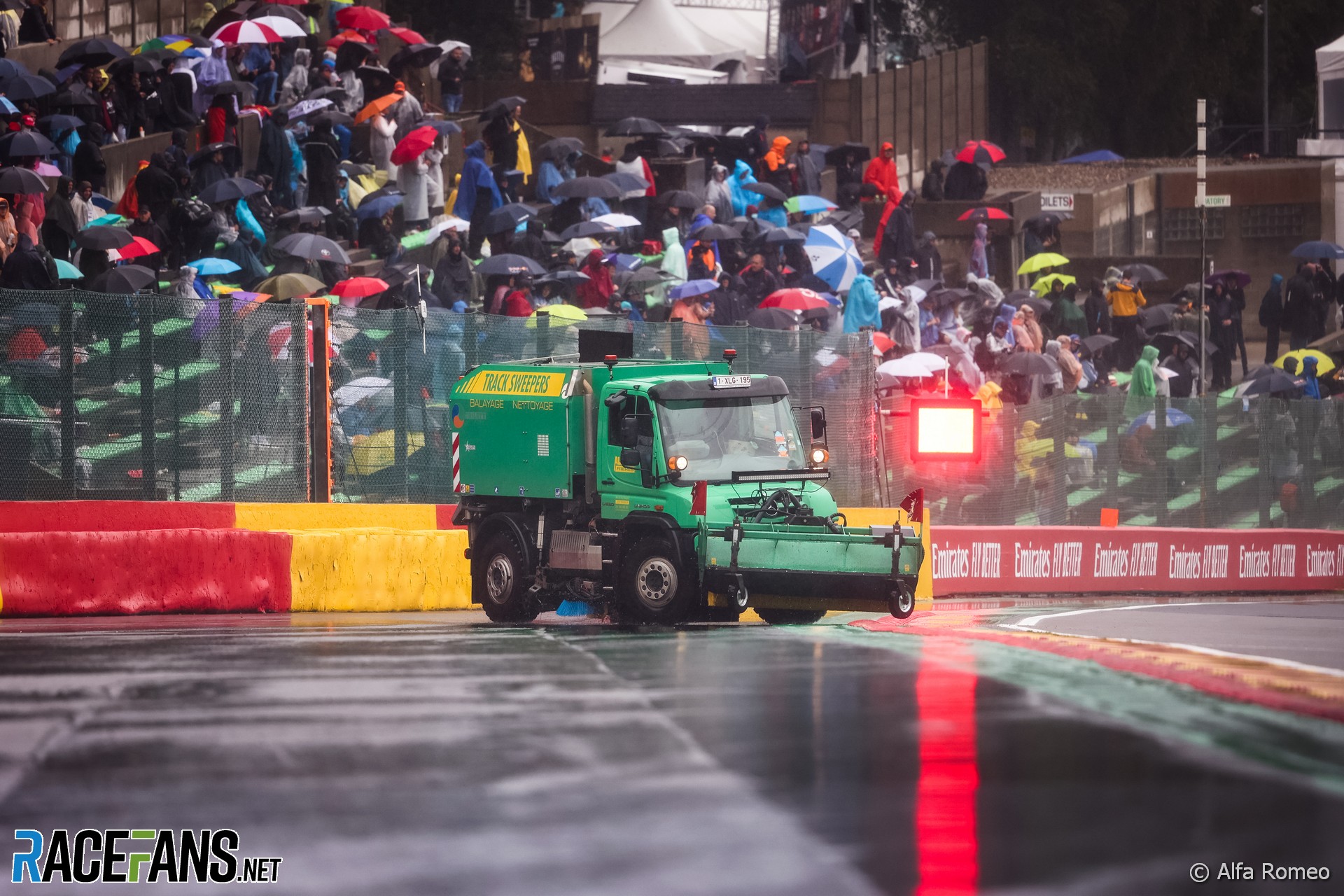 Formula 1 and the Belgian Grand Prix promoter are looking at options for “recognition” of the spectators who attended last weekend’s event but saw no racing.

Heavy rain led to F1 holding its shortest-ever grand prix, conducted entirely behind the Safety Car, which ventured on track twice for no more than three laps each time.

It prompted calls from drivers for ticketholders to be refunded. Lewis Hamilton accused organisers of running the minimum distance just to ensure sponsorship was paid out and said the compensation should be offered to fans who bought tickets yet saw no racing.

Three days after the contentious event, F1 has issued a statement saying that, together with the Belgian Grand Prix promoter, it is looking into “various options” for ticket holders.

“Following the impact of the weather on the Belgium Grand Prix on Sunday 29th August, Formula 1 and the promoter are working through various options for ticket holders, to express our recognition and thanks to them for their dedication and commitment,” it said.

“We will provide further details as soon as possible as we want to thank the fans for their continued support and passion for Formula 1,” F1 added.

RaceFans understands an announcement on any plans is unlikely to come before this weekend’s race.