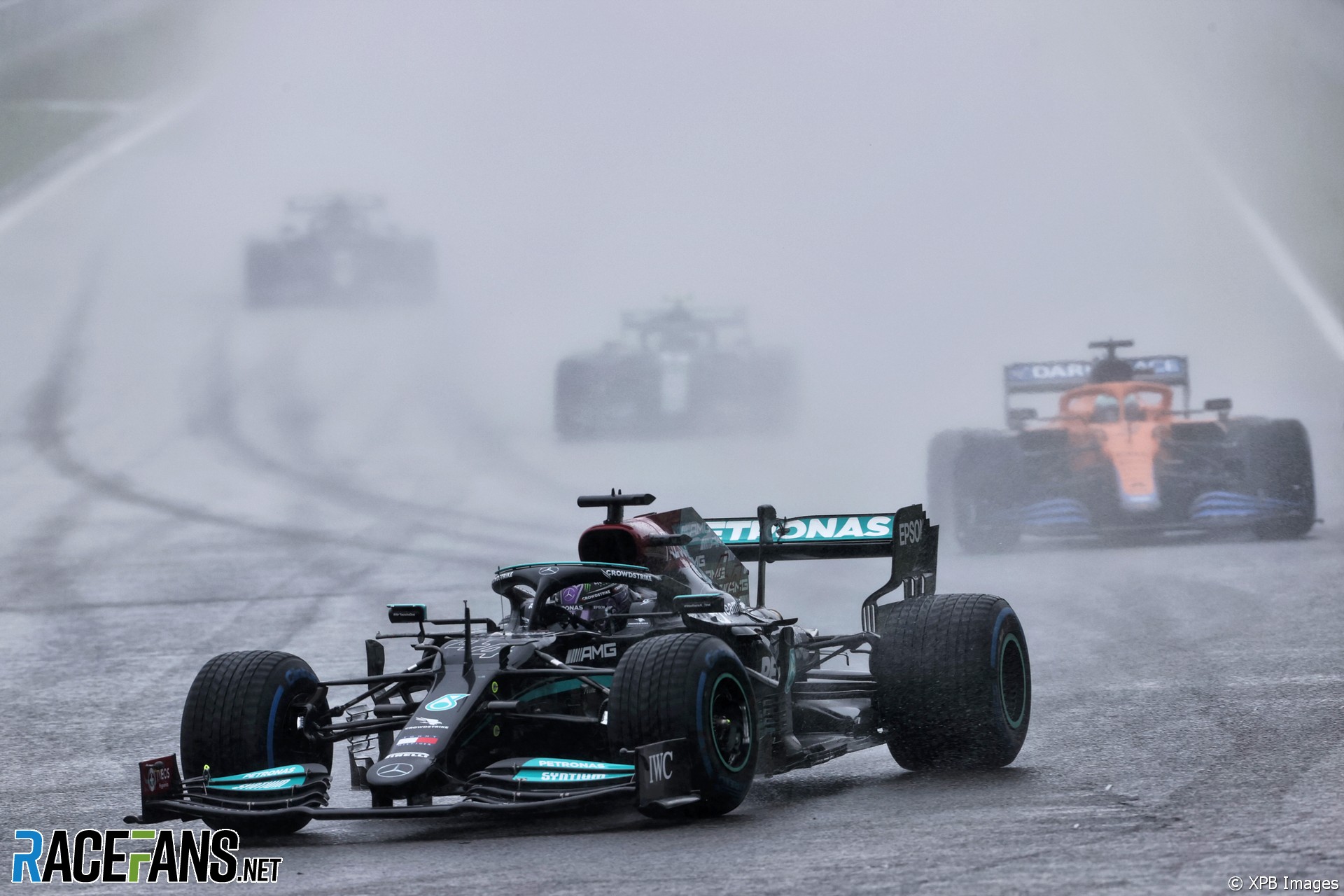 With heavy rain falling at the track for much of the day, Formula 1 completed just four laps behind the Safety Car. It declared a result, and awarded half championship points, on the basis of just one complete lap.

The decision prompted criticism from many drivers, including Mercedes racer Lewis Hamilton, who called the race a “farce” and said spectators should be given refunds.

Wolff believes the circumstances of the race were so extraordinary there may be little Formula 1 can learn from it to improve the handling of future events.

“I think this has never happened before, so you need to take it as a freak day where we would have all hoped to have a spectacular race [but] that didn’t happen.

“[Are] there any learnings? I’m not sure because we are dependent on the weather. Everybody tried hard to get a race underway and because of the rain it didn’t happen.”

As no green flags laps were completed, Hamilton had no opportunity to prevent Max Verstappen cutting his championship lead from eight points to three. Wolff did not take issue with the widely criticised decision to award points for a single lap behind the Safety Car.

“I think we have all reasons to be upset,” he said. “Half points have been awarded when probably when it was expected that the weather wouldn’t get any better. But it is what it is. I guess you need to take this one on the chin and close the chapter for this race and move on in a certain way.”

Wolff added F1 “must really applaud the fans that have been there for three days in the rain.”