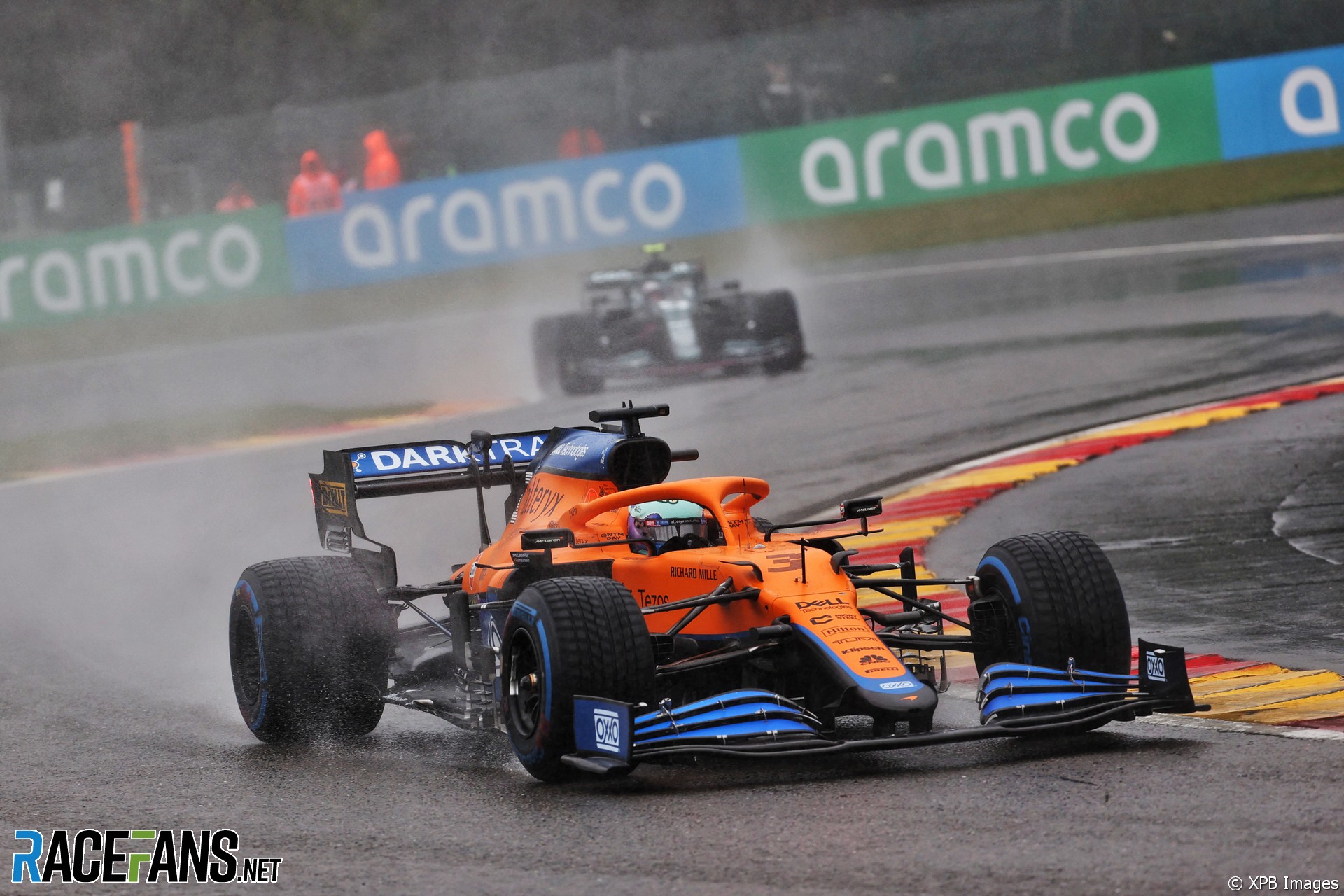 No racing laps were completed at Spa-Francorchamps due to the persistent rain which fell throughout the day.

While Ricciardo backed the organisers’ decision not to race in the very wet conditions, he suggested an earlier start would have given them a larger window of opportunity to hold the race.

“If we could predict weather like this, I would look at bringing a race start earlier,” said Ricciardo. “It’s like Japan 2014, we knew that the monsoon was coming, but today was maybe less obvious.

“But the problem with a three o’clock race start is you only give yourself three or four hours of light and then it’s done. If we have an 11am race start, you’ve got a much bigger window to get some opportunity.

Ricciardo stressed he did not believe anyone was to blame for the race’s failure to go ahead.

“I don’t want it to come across as an attack because it’s no one’s fault what happened today.

“For sure, I feel for the fans – they save up money to come and watch us and they didn’t get to see a race. But it’s not an attack to anyone because this is just mother nature.”

However Formula 1 CEO Stefano Domenicali said an earlier race start would not necessarily have guaranteed the race would have started.

“In these conditions it is like to throw the balls in the air,” he said. “It could have been pouring from 11 or whatever it is. So it’s really something that you cannot predict.”

The volume of rain which well was greater than forecast, according to Domenicali. “From the information that we had it was considered to be normal rain.”