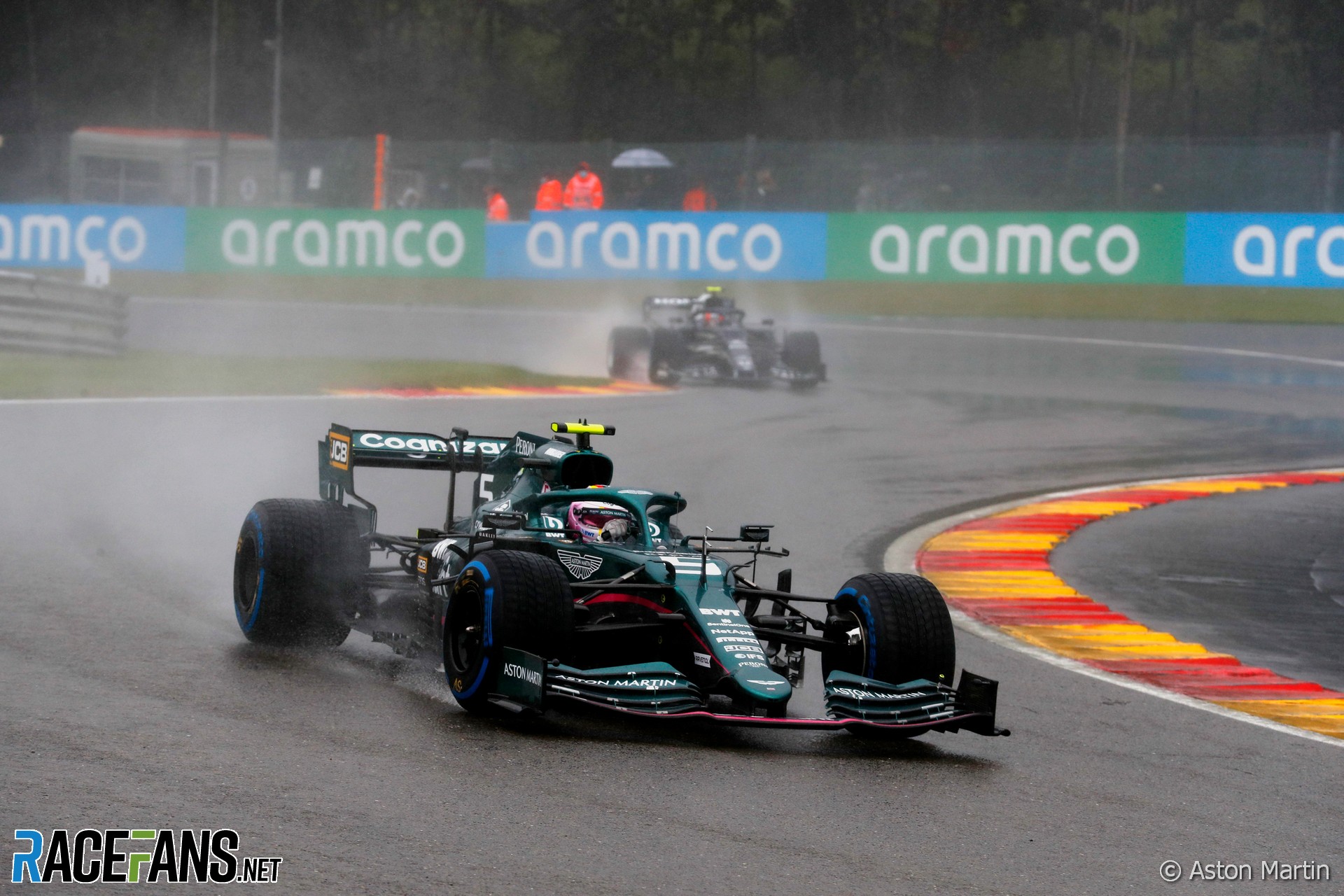 Despite adding to his championship tally with a fifth place finish in yesterday’s Belgian Grand Prix, Sebastian Vettel said it was “a joke” points had been awarded for the race.

The FIA handed out half-points for the race, which consisted of two laps behind the Safety Car, only one of which was counted towards the classification.

Vettel scoffed at the suggestion drivers such as himself had been rewarded for their efforts in qualifying. “That’s a joke,” said the Aston Martin driver. “I think if you want to get a reward for qualifying, you should get points for qualifying.”

However Vettel defended the stewards’ decision not to attempt a race start given the dire conditions. “Nobody wants anyone to get hurt,” he said. “We don’t want to get hurt in the car and we don’t want any spectators to get hurt. So that’s always priority number one.”

“It’s probably not a popular decision, but it’s the right decision for the conditions,” he added.

Carlos Sainz Jnr, who scored half a point for finishing in 10th place, took the same view as Vettel.

“How far into the race [do] you call it a race and how, if there was actually no race laps, no competition, why should points be given or any result be given?

“Because there was no race, basically. I didn’t race, so I didn’t deserve half-points. So I don’t know why I get half a point.”

The Ferrari driver said he hopes the late attempt to start the race, which saw the cars circulate for two laps behind the Safety Car and meant they completed enough running for points to be awarded, was not only done so that the race would count towards the championship.

“If it was done with the intention just to give points, then I think it’s absolute nonsense,” said Sainz. “I don’t think we should do any kind of laps to alter the final result of a race.

“If it was done with the intention of actually running and restarting the race, then yes.”