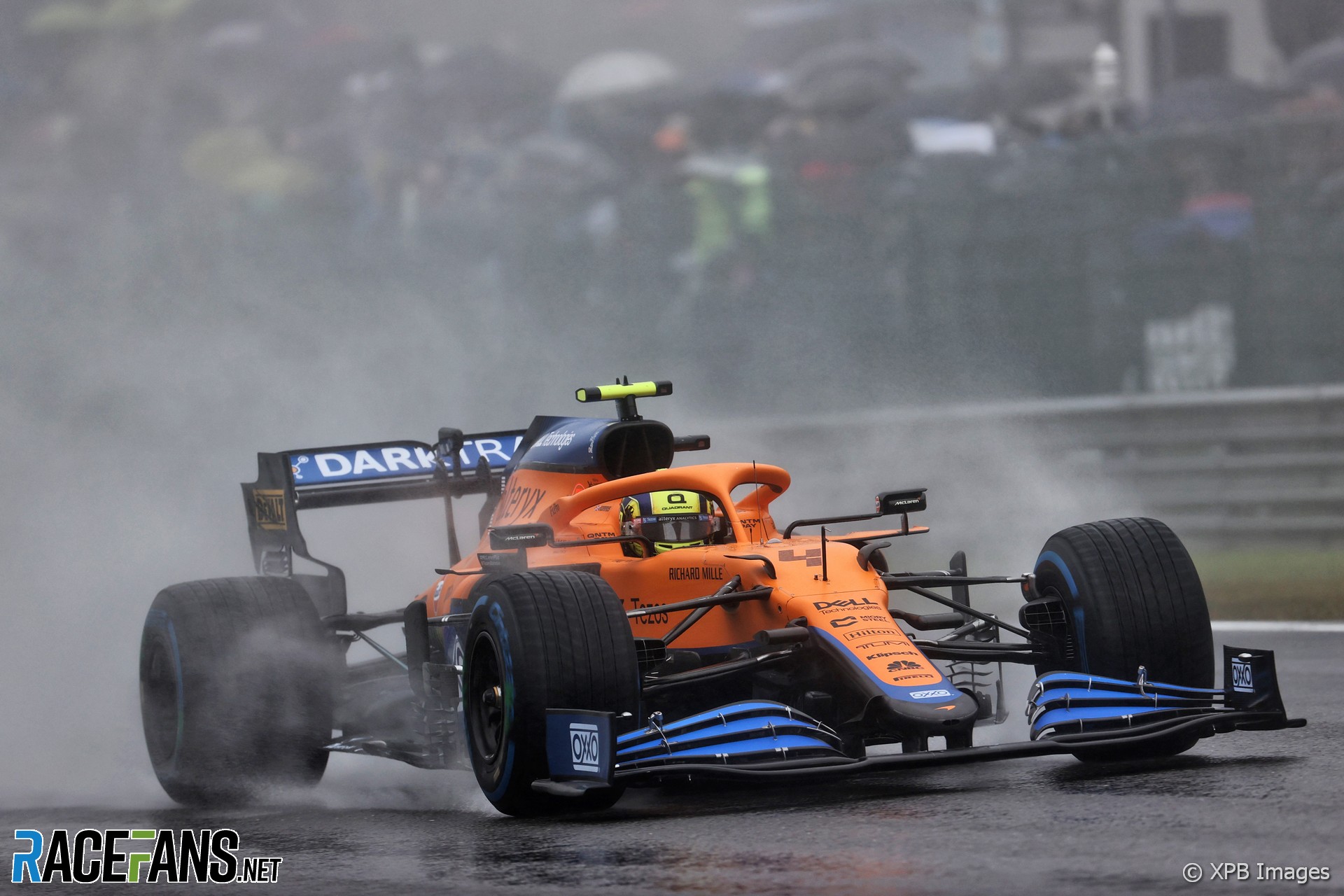 Lando Norris disagrees with the decision to award points for the curtailed Belgian Grand Prix, saying the event was “not a race.”

The FIA declared the result of the race based on a single lap of running. However, it stated points could be awarded as winner Max Verstappen had crossed the finishing line three times.

Norris said he disagreed with the decision because so little of the original, 44-lap race distance had been completed and none of it under green flag conditions.

“I don’t think any points should be awarded for today,” he said. “I think for how little we did today, X amount of racing laps, we go out and we race for X amount of the race, but to drive around behind the safety car and then for people to get points…”

Norris finished 14th and did not score points. However his McLaren team out-scored rivals Ferrari thanks to Daniel Ricciardo’s fourth place. Nonetheless, Norris does not believe points should be awarded for the race.

“Maybe I’d be saying the opposite if I was first and I’d got a good amount of points, I don’t know,” he said.

“I don’t feel like – even though it’s benefitted us today, Daniel got a good amount of points comparing to Ferrari – I don’t feel it’s a deserved race for points because it’s not a race at the end of the day.”

Valtteri Bottas, who finished two places ahead of Norris, also questioned the decision to treat the event as a regular races.

“From my side, of course, I was out of the points so I had never had the opportunity to fight for the points. So I don’t think it was a race.

“It is what it is, it’s for sure a tricky call for F1 what to do and it’s what happened.”