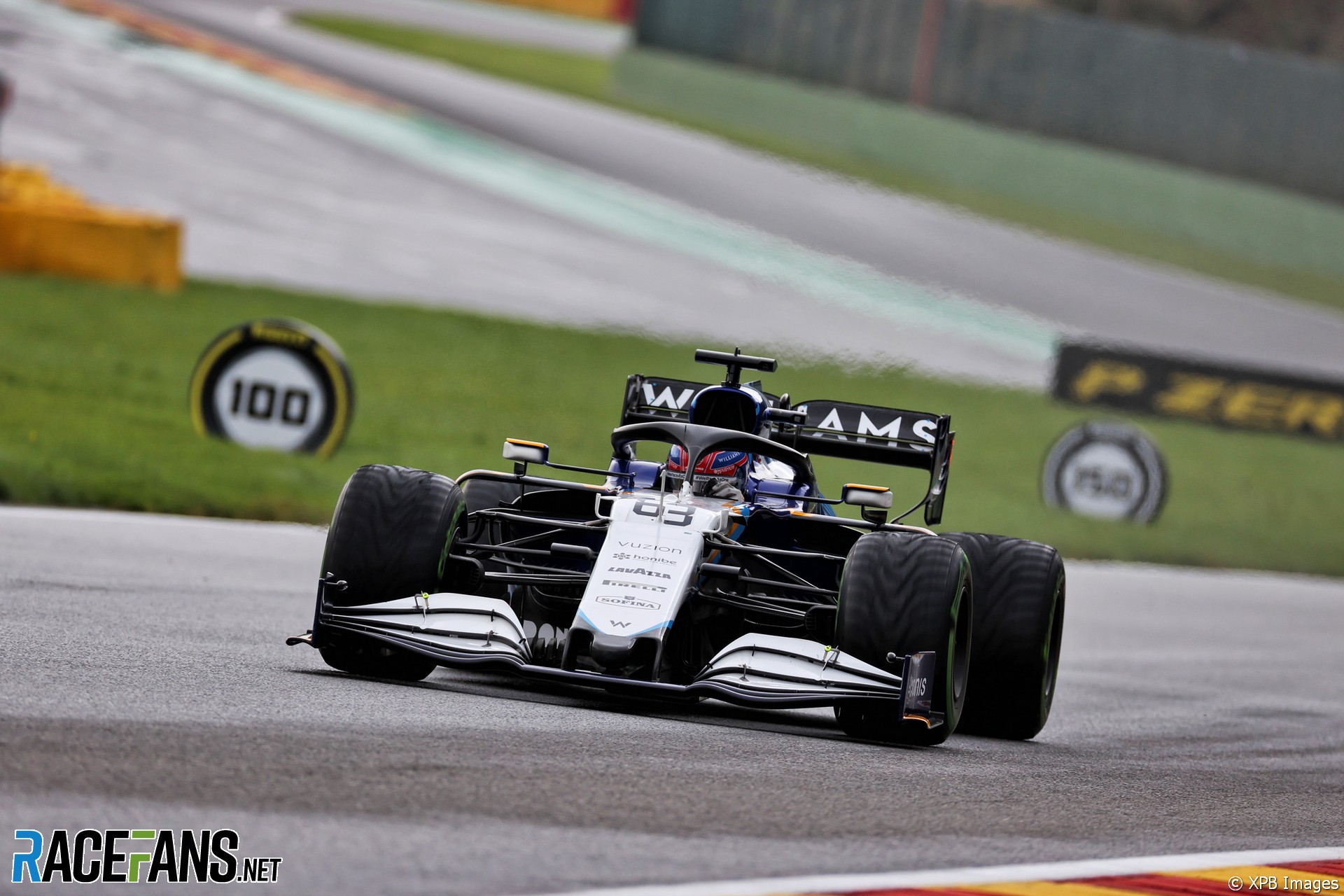 Williams team principal Jost Capito said George Russell’s astonishing run to second place in qualifying was the result of them deciding to put everything into a single flying lap.

“In Q3, we didn’t have anything to lose,” Capito told Sky. “Getting into Q3 is already a huge success for us.

“Then if you can do a strategy that you say ‘okay, you put everything into one lap’, you get it or you don’t. And with George knowing he can do it, George can put it in, even in these conditions, in one lap. And this is incredible for his performance as well.”

“We will analyse the weather situation and then just go for it,” he said. “But it’s too early to say because we never plan the strategy based on the qualifying result, of course. So now we’ve got some time to discuss that and find a good solution.

“But as I said before, it’s how it is with this weather. I say it’s better to smile in the rain than to cry in sunshine. So I like to do that.”

Russell’s qualifying performance did not escape the notice of Mercedes team principal Toto Wolff, who has him under consideration for a potential promotion to the team. Wolff says that Mercedes’ junior driver’s performance “very impressive”.

“You need to put in such a lap and keep it on the track, and then it was a sniff away from pole position,” Wolff added. “So congratulations.”

Wolff’s two drivers will start behind Russell, who pushed Hamilton off the front row by 13 thousandths of a second. However the Mercedes boss remained tight-lipped over who Hamilton’s team mate next year will be.

“I think by now we we know where we stand and we know what we have, what [Russell] can do,” said Wolff. “And today just is another confirmation that he can drive.”