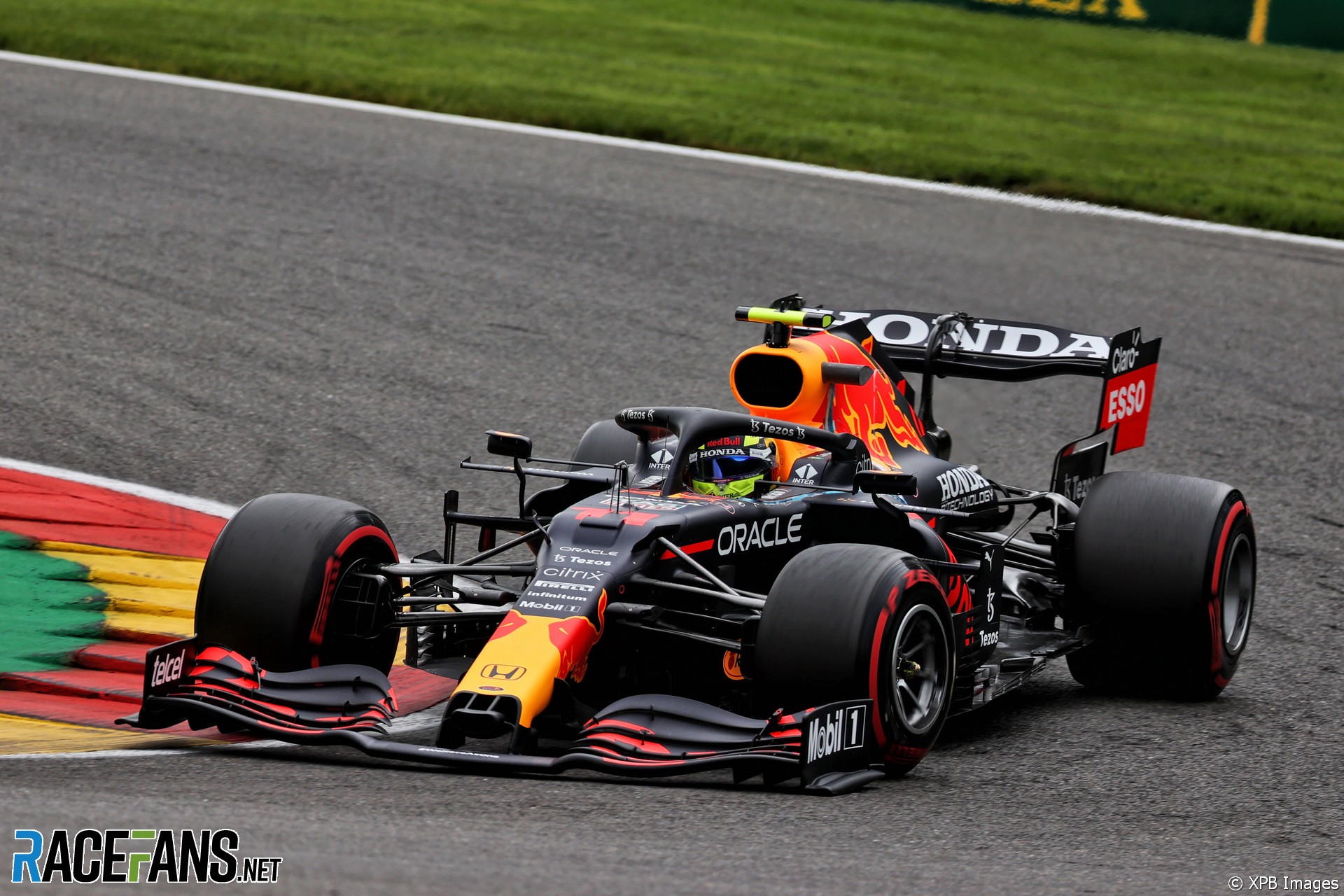 Honda believe they may be able to salvage Max Verstappen’s damaged power unit for use later in the season.

Separate crashes at Silverstone, for Verstappen, and the Hungaroring, for Sergio Perez, caused damage to their power units, which are the second they have fitted this season.

A repair job on Verstappen’s power unit will incur penalties for parts changes, according to Honda. The manufacturer also confirmed Perez’s power unit was written off in his crash.

“For Max’s PU we decided we cannot use it in the racing,” explained Honda’s technical director Toyoharu Tanabe. “Checo’s one is completely destroyed.”

“In the case of Max’s one, we aren’t sure – if we replace the parts maybe we can use it as normal,” he continued. “But from safety point of view the current damage is a little bit too big to use it in racing.

Both unit were damaged in collisions caused by other drivers. Tanabe said Formula 1 should consider revising its rules to allow teams to avoid penalties for repairing power unit damage caused by other teams.

“Of course we, being Honda, respect the PU regulations which is based on long experience,” he said. “But looking at our situation I think there is room to reconsider the regulation.”

Tanabe suggested a system where a team who has suffered damage tables a request for a penalty-free parts change which is then considered in a meeting involving them and representatives of the FIA and other power unit manufacturers.

“Then we can review the accident, we can check impact data, we can check chassis damage, we can check PU damage and then altogether we can discuss about the parts change request from PU manufacturers,” said Tanabe. The group would then determine whether a parts change would be allowed without a grid penalty.

“Considering the current economic situation, also the sustainability of this sport, I think we have room to consider that type of thing,” said Tanabe. “Anyway, we respect the regulation very much.”