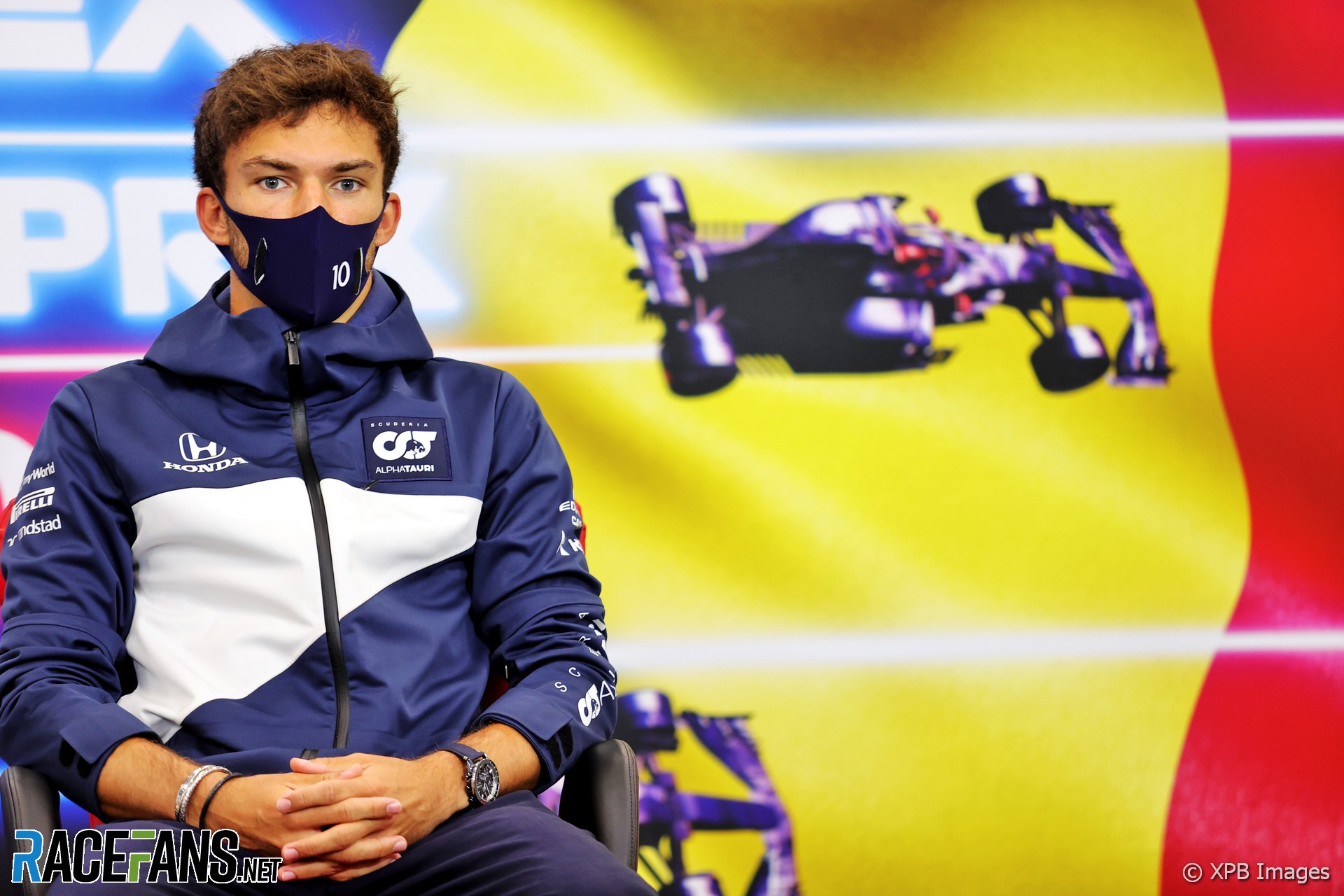 Honda-powered AlphaTauri drivers Yuki Tsunoda and Pierre Gasly are deeply disappointed by the cancellation of their engine manufacturer’s home race.

Tsunoda, who has been supported by Honda and was due to start his first home grand prix at the track, said he was “really disappointed” to learn the race had been called off. However, with Covid-19 rates rising in Japan following the Tokyo Olympics, Tsunoda said the development wasn’t entirely unexpected.

“The Covid situation [is] getting a little bit bad,” said Tsunoda. “I was hearing from the government or F1 staff that if it’s getting bad, [there’s a] high chance that it’s going to be cancelled. And that’s happened.”

Tsunoda last raced at the Suzuka circuit in 2018. “I was really looking forward, especially to driving in front of the Japanese fans and also driving at Suzuka,” he said.

“The last time I drove was Formula 4. I was really looking forward to it, to feel the difference from Formula 4 to Formula 1. It’s a bit sad but it is what it is.”

The race would have been the last home appearance for Honda before their withdrawal from Formula 1 at the end of the season. Tsunoda’s team mate Gasly has a long association with Japan, having raced in the Japanese Super Formula series in 2017 and used Honda’s F1 engines throughout most of his career.

He said he was “really sad” the race had been cancelled “because Japan is, first of all, the place I love.

“Thanks to the history and the fact of living there for some time and being a Honda driver, it’s been always incredible the support I received there. And especially this year being the last year of Honda, before the break I was actually talking with people in the team, my friends and family, how excited I was about going back there after we missed it last year.”

But the race’s cancellation had not come as a surprise to Gasly either.

“I kind of knew there was something going on, especially with the Olympics, people were waiting to see how the Olympics will go,” he said. “And when I got the news I was obviously very, very sad and also disappointed for Honda not to be able to have a sort of last celebrations all together with the people that supported us for so many years.

“We’re still going to go there in the future, I’m sure, but it would have been nice to have one last celebration being a Honda driver with Honda and in Japan. So it’s very sad news.”