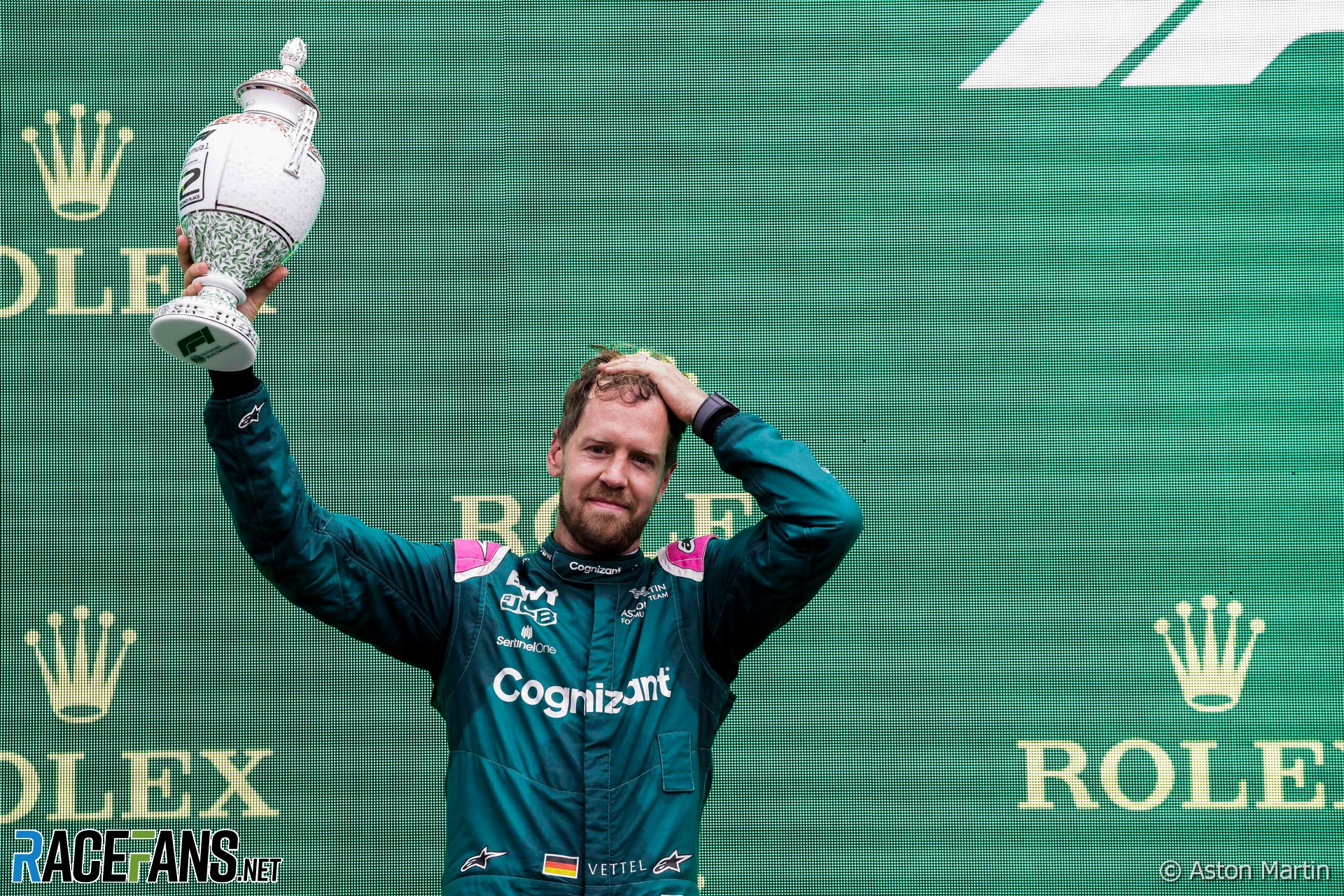 Aston Martin has abandoned its effort to overturn Sebastian Vettel’s disqualification from the Hungarian Grand Prix.

Vettel lost his second place finish in the race after the team were unable to supply a one-litre sample of fuel as required by the rules. Only 300ml was obtained from the Aston Martin.

The team initially submitted a request for a review of the decision and reserved the right to an appeal. However after considering a submission from Aston Martin the FIA rejected its call for a review.

Aston Martin originally claimed Vettel’s car had contained more than the 300ml extracted by the stewards. However on further examination the team discovered an error in the fuel system meant there was less fuel onboard than they realised.

The team responded to the FIA’s decision by stating it would consider whether to take its appeal further. It has now confirmed it will not proceed.

“Having considered our position and having noted the FIA stewards’ verdict that there was clear new evidence of a fuel system failure, we have nonetheless withdrawn our appeal on the basis that we believe doing so outweighs the benefits of it being heard,” it said in a statement.

Had Aston Martin succeeded in overturning Vettel’s disqualification, the team would have moved up to sixth in the constructors championship ahead of AlphaTauri.