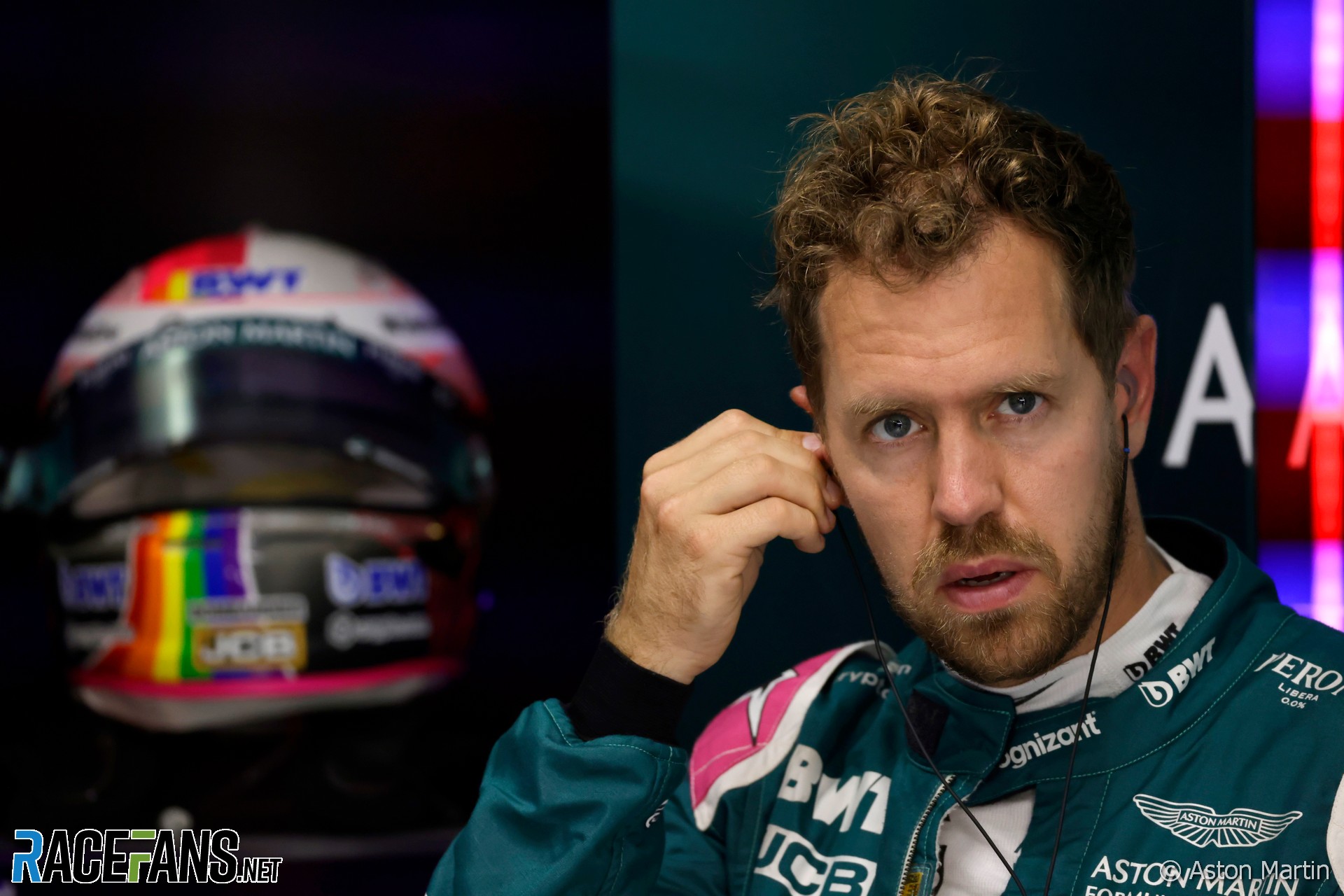 Aston Martin have failed in their bid to have Sebastian Vettel’s disqualification from the Hungarian Grand Prix reviewed.

However the team said in a statement it is still considering whether to appeal the decision to strip Vettel of his second place in the race.

Vettel was disqualified when his team were unable to provide a one litre sample of fuel after the race as required by the rules. Only 300ml could be extracted from the Aston Martin.

Aston Martin asked for a review of the decision last week and initiated appeal proceedings. However after considering a submission made by the team, the FIA stewards turned down the request for a review.

In order for a review to be granted, the stewards must discover a new piece of significant and relevant evidence which was unavailable to the competitor when the original decision was reached.

Aston Martin supplied detailed information from its fuel system which it claimed showed it had experienced a failure during the race. As a result “a significant amount of fuel was inadvertently discharged from the fuel cell” of Vettel’s car during the race.

The stewards agreed this evidence constituted a “new element”. However they pointed out it did not change the fact Aston Martin were unable to give a sufficient sample after the race.

Aston Martin originally claimed there was a further 1.44 litres of fuel in Vettel’s car. However, the stewards noted, “an analysis of various data carried out after August 1st, 2021 showed that there was actually less than one litre remaining at the end of the race due to an initially unnoticed malfunction in the fuel system.”

The F1 rule book “unequivocally calls for a remaining amount of one litre and does not allow any exceptions under which circumstances or for what reasons it could be dispensed with”, they added.

The stewards therefore ruled Aston Martin’s request for an appeal inadmissible, and Vettel’s disqualification stands. However the team subsequently confirmed it is “considering its position in respect of its outstanding appeal”.

Aston Martin team principal Otmar Szafnauer said the team had presented “significant new evidence that we discovered since the race” to the stewards. “We felt that the evidence we presented was relevant and demonstrated to the FIA that he should have been reinstated following his disqualification.

“Unfortunately, the FIA took a different view and, despite the fact that that the accuracy of our new evidence was not contested, Sebastian’s disqualification has been upheld on the basis that the new evidence was not deemed ‘relevant’. That is disappointing, and we will now consider our position in respect of the full appeal process.”

The loss of second place means Aston Martin remain seventh in the championship, behind Alpine, who they would have overtaken had Vettel’s disqualification been overturned.

The decision also has implications for the championship. Lewis Hamilton inherited Vettel’s second place and gained two points on rival Max Verstappen. Hamilton therefore has an eight-point lead in the drivers’ championship, while Mercedes lead the constructors’ title contest by 12 points.